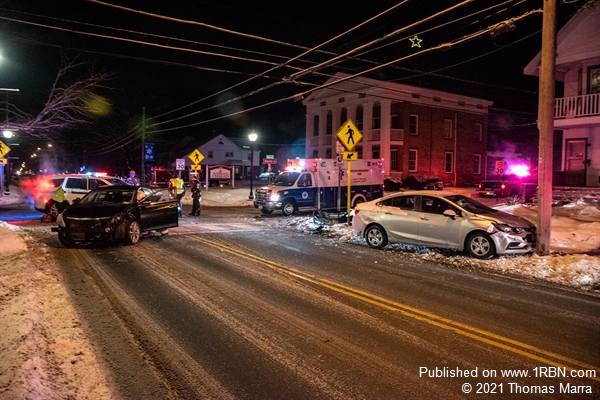 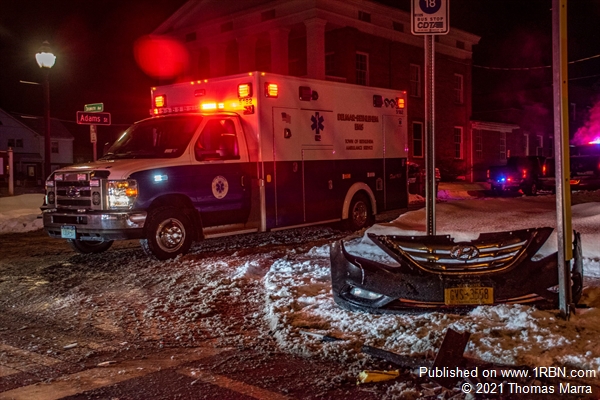 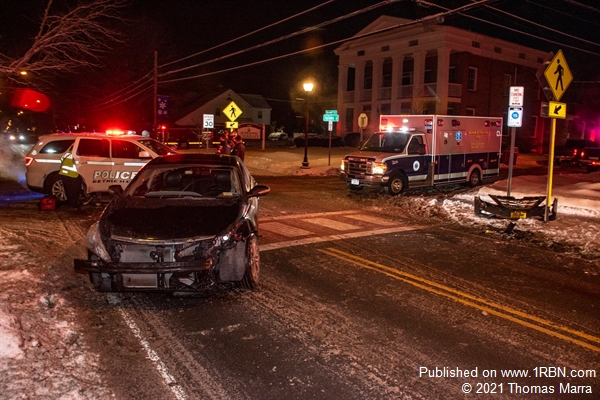 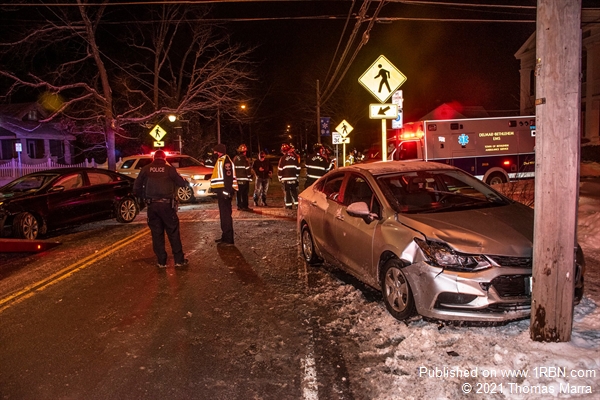 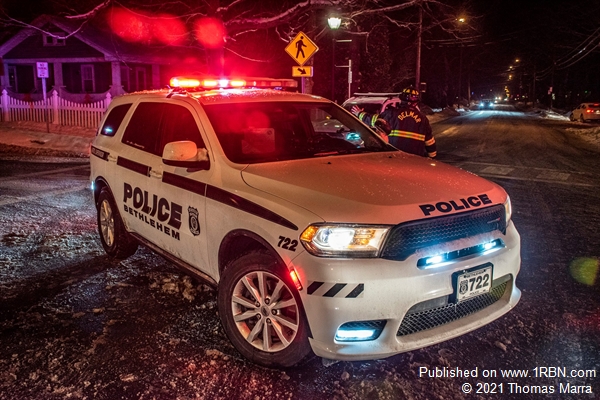 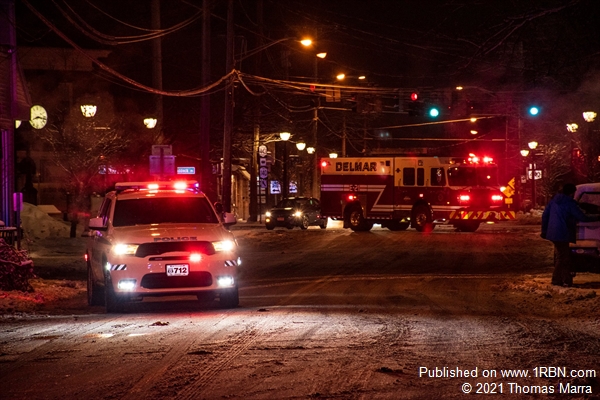 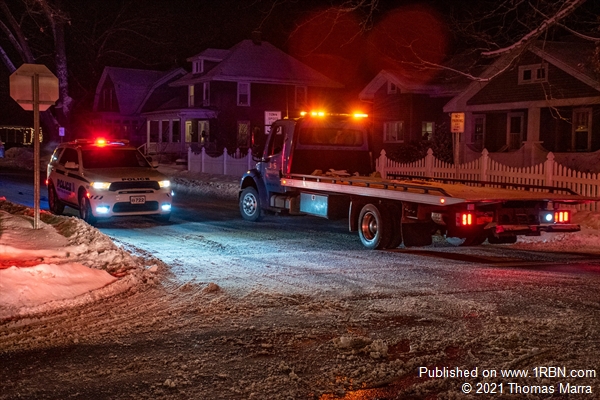 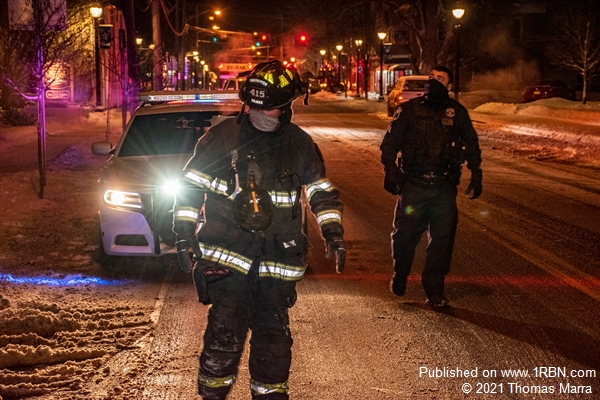 A two-car accident ended with a car striking a pole in Delmar on Tuesday evening.

The Delmar and Slingerlands fire departments, Delmar-Bethlehem EMS and Albany County Paramedics were dispatched after a Bethlehem Police Supervisor came across a two-car crash on Delaware Avenue.

The incident occurred around 6:35 p.m. on Delaware Avenue at the intersection of Adams Street in Delmar on Tuesday, February 9.

According to a police report, a 2017 Chevrolet sedan was headed eastbound on Delaware Avenue when a 2013 Hyundai sedan pulled out from Adams Street heading north and struck the other vehicle.

Police say the crash resulted in the Chevrolet continuing east down Delaware Avenue, crossing the double-yellow line and striking a telephone pole.

One driver was complaining of chest pain.

Both drivers were then evaluated on the scene by Delmar-Bethlehem EMS and refused medical transport.

Both vehicle were towed from the scene.

Police say the pole does not appear to be damaged.

Delaware Avenue was closed from Adams Street to Kenwood Avenue while crews worked on the scene.

Police say there were no tickets issued following the crash.