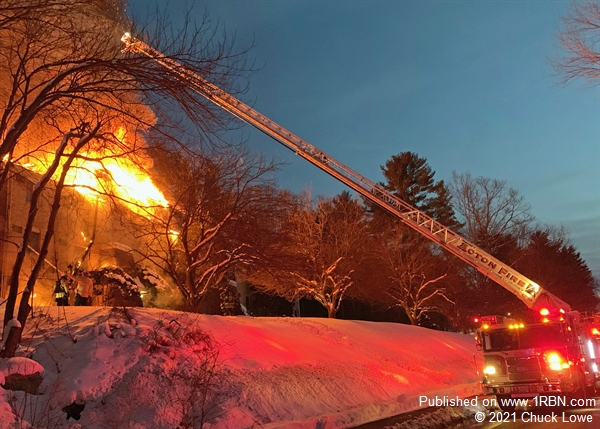 Photo by Chuck LoweWaiting for water. 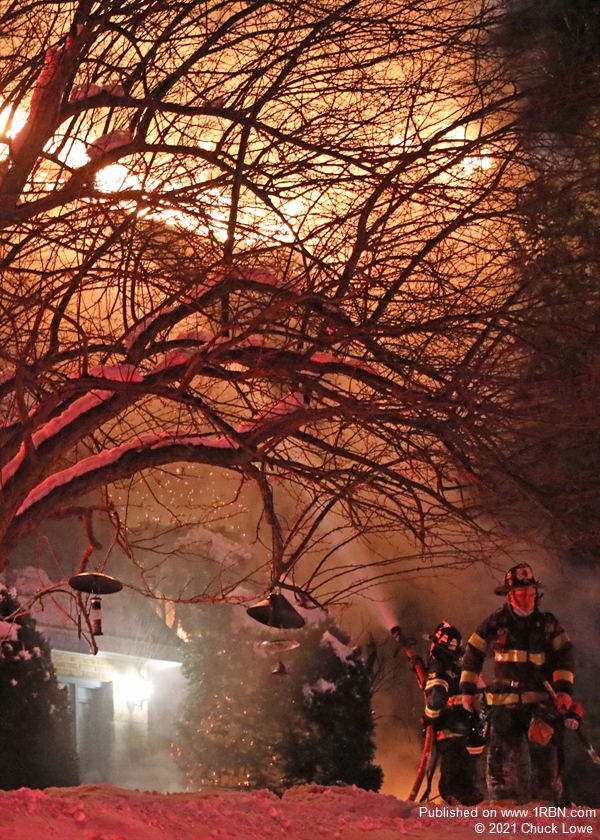 Photo by Chuck LoweBFD operates a handline as fire drops down from above. 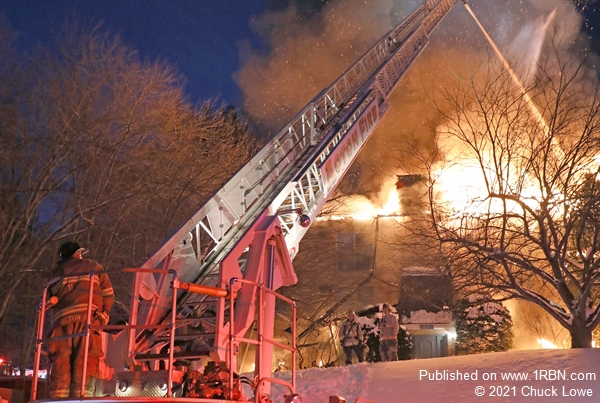 Boxborough, MA - Boxborough 911 was inundated with 911 calls for a structure fire at 101 Swanson Road around 5:00 P.M. on February 10th. The OIC asked for an upgrade to the working fire assignment pre-arrival based on the dispatch information. This was followed by an immediate second-alarm when Engine 64 arrived to "heavy fire through the roof".

The first due engine had an immediate life hazard because numerous occupants failed to evacuate. Twenty-four units inside the large three-story condo complex required a quick search with a limited number of personnel. These actions were effective and no loss of life, or even civilian injuries, have been reported.

In addition to the evacuation, the lone engine company on scene had to direct incoming units, locate a water source and establish a tanker shuttle. There are no hydrants in town so suppression efforts were limited until a permanent water supply was put in place. Third and fourth alarms, with calls for additional tankers, soon followed. The fire was not marked under control for a few hours. Firefighters remained on scene until the following morning.