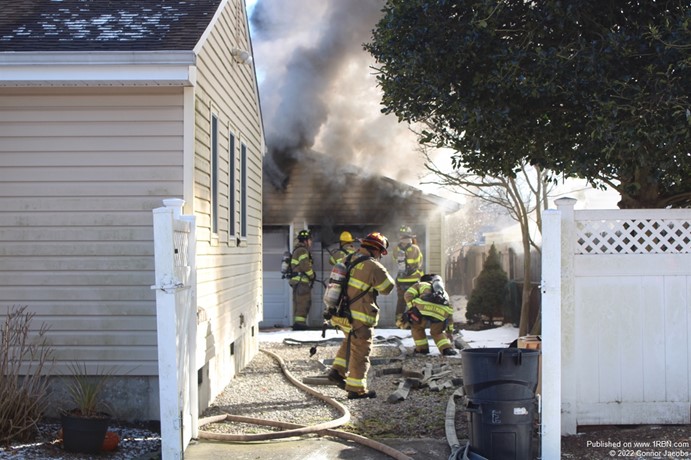 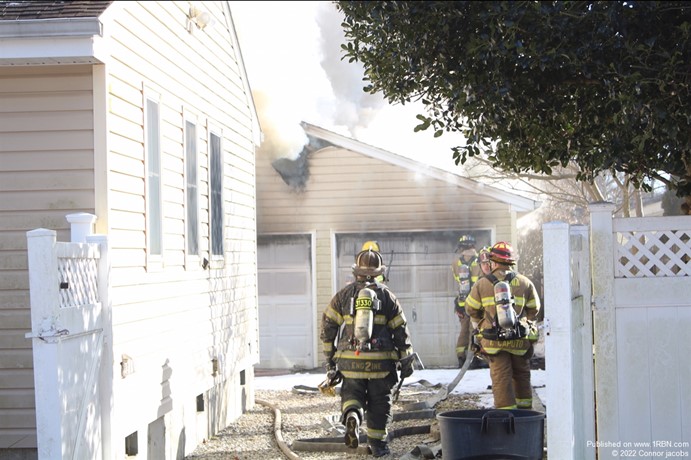 BOHEMIA, NY - On February 6th at approximately 2:36 P.M., the Bohemia FD was toned out for a reported structure fire in the 900 block of MacArthur Street. Chief Thompson (3-12-30), the first chief on the road, was advised by fire-com that it was a two-car garage in the backyard that was on fire.

On arrival, Chief Thompson was met with fire through the roof and quickly radioed back to fire-com requesting a reactivation for a working fire (13-35), and to get the pre-plan started. First due Bohemia Engine 1 (3-12-1) was advised by command to pull short of the fire building, stretch two lines to the backyard for fire attack and protect exposures.

The alarm was placed under control at 3:11 P.M., and all Bohemia units were back in service by 4:21 P.M. The scene was then turned over to the Brookhaven Town Fire Marshal for investigation.