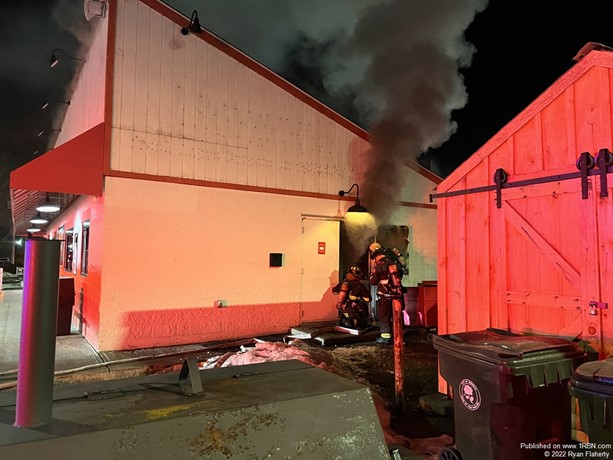 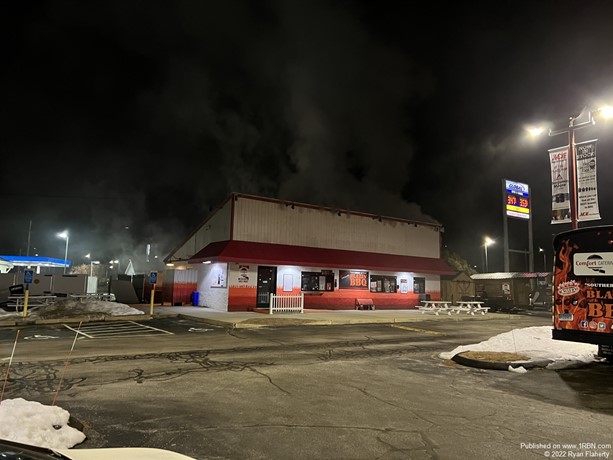 Photo by Ryan FlahertySmoke emits from the eves and vents before the arrival of the first engine. 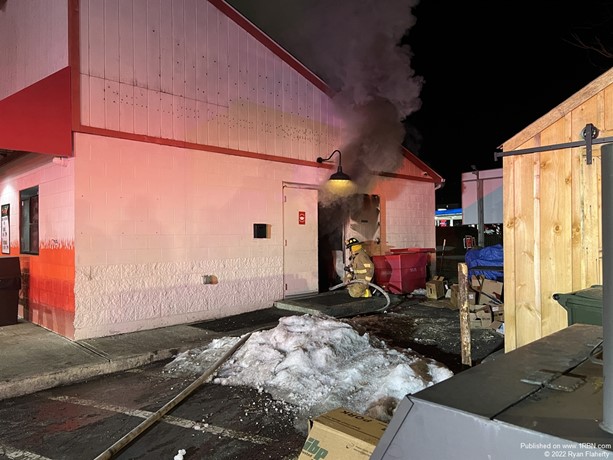 Photo by Ryan FlahertyOccum Firefighter Heather Tedford pushes line in so the crew can advance. 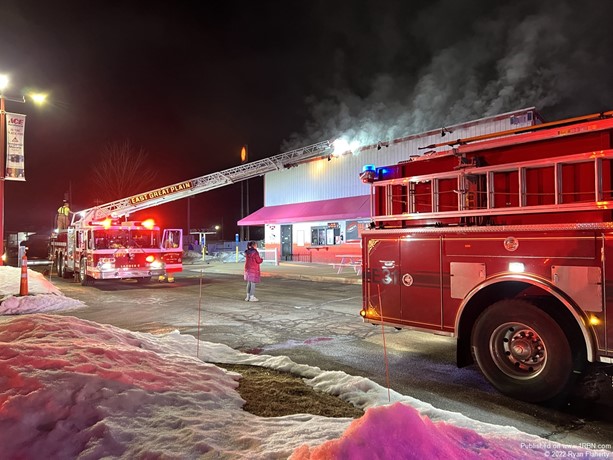 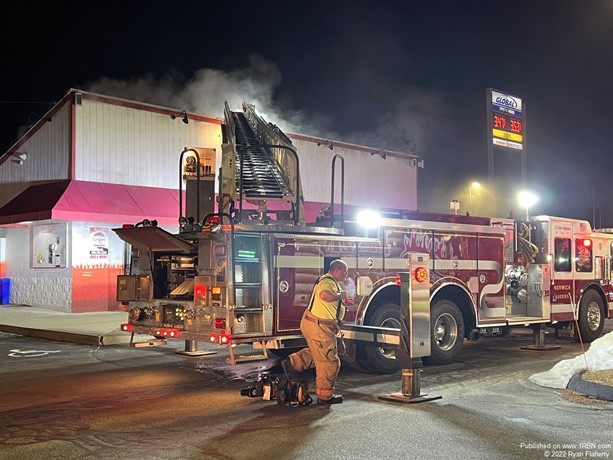 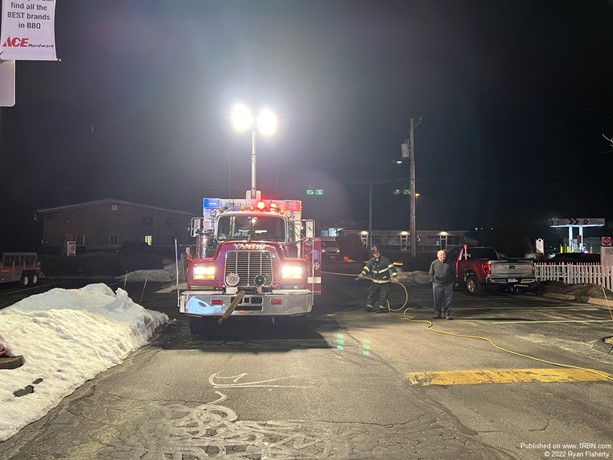 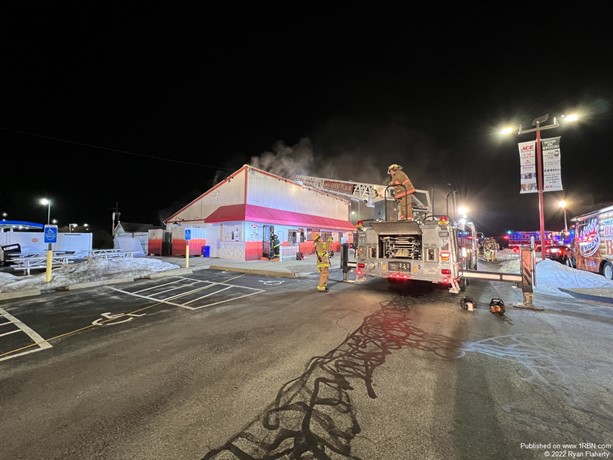 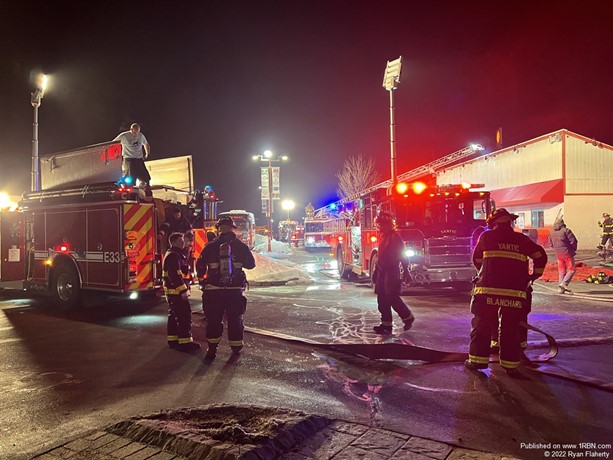 NORWICH, CT - At 8:18 P.M. on Wednesday, February 9th, the Yantic Fire Department with East Great Plain Ladder 5 was dispatched to 146 West Town Street, Uncle D’s Blazin’ BBQ, for a smoker on fire inside of the building.

At 8:21 P.M., a Yantic member arrived on scene with smoke showing and told dispatch to transmit the working fire. The owner of the store said he used his extinguisher and that everyone was out of the building.

Engine 31 arrived at 8:24 P.M. and stretched a one-and-three-quarter inch crosslay to the 'Delta' side and made entry. Car 3 established command and requested the second-alarm into staging at the bowling alley. Engine 33 made the hydrant in the parking lot and laid in to Engine 31. Ladder 5 positioned in the front and flew their stick to the roof. '

Crews had the fire knocked down within 20 minutes and then performed overhaul. Engine 32 and Rescue 3 assisted with ventilation and lighting.