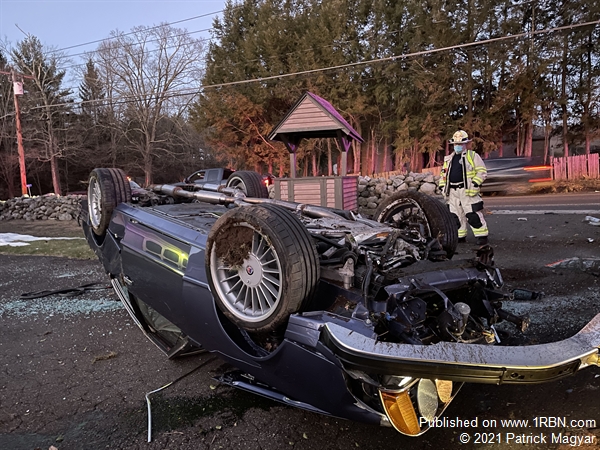 Bethel, CT - Shortly after 1700 on January 19th, Stony Hill Fire & EMS was alerted to an MVA with rollover on Old Hawleyville Road, near Kristy Drive.

First arriving units located a car on its roof in a private driveway. The vehicle had traveled off the roadway at a high rate of speed, hitting and knocking down a tree before rolling onto its roof.

While Stony Hill A3 tended to a traumatic arm injury on the suspected single occupant of the vehicle, a neighbor alerted command that a person was on her property complaining of injuries from an accident. A second ambulance and paramedic were dispatched to tend to the second patient. Both patients were transported to Danbury Hospital.

Rescue 2 remained on scene while Bethel PD conducted their investigation.