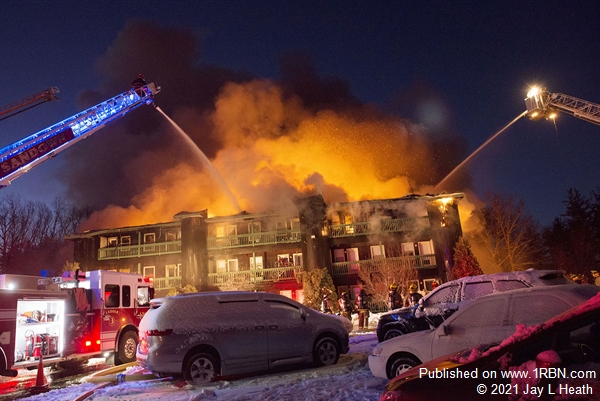 Photo by Jay L Heath Heavy fire is through the roof at the Sunview Apartment Complex in Raymond, NH as Sandown's Ladder and Raymond's Tower operate. 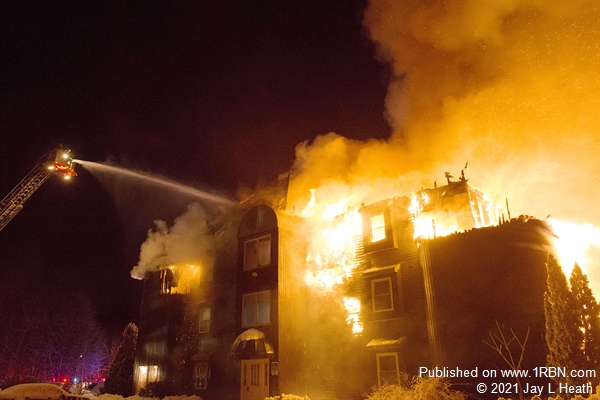 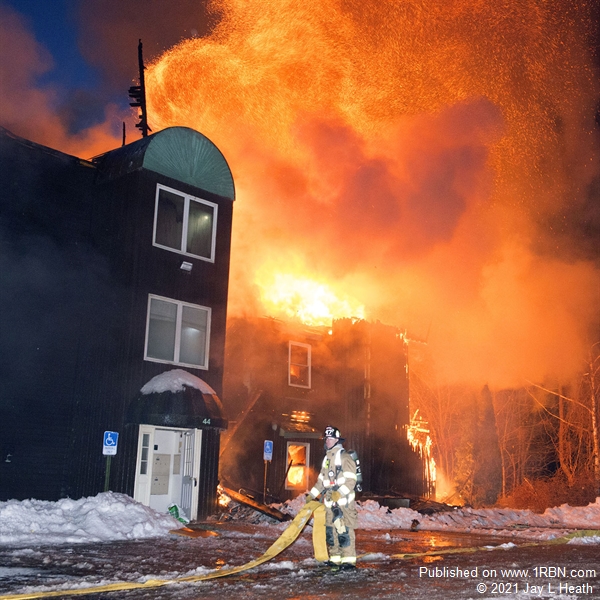 Photo by Jay L Heath A Firefighter stretches a supply line as heavy fire blows out the rear of the apartment complex. 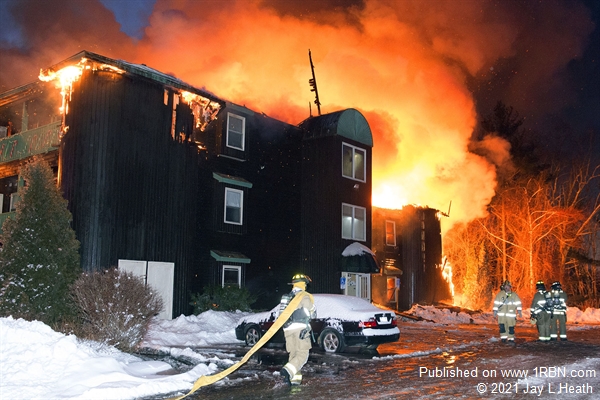 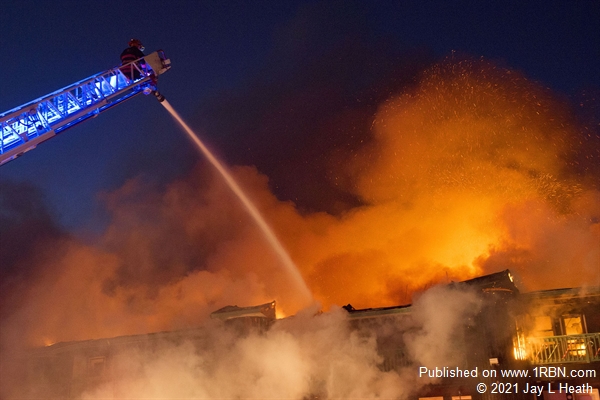 Photo by Jay L Heath Sandown's Ladder pipe operates as fire is through the roof. 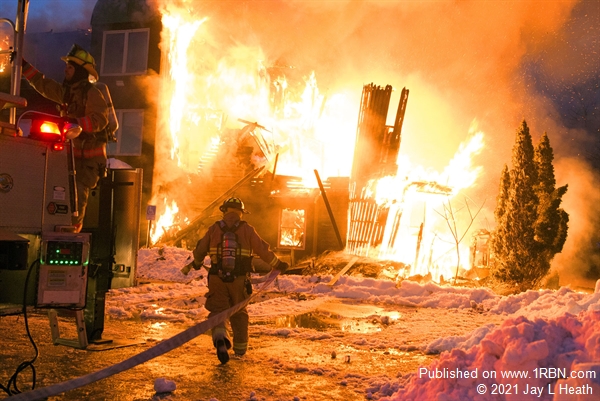 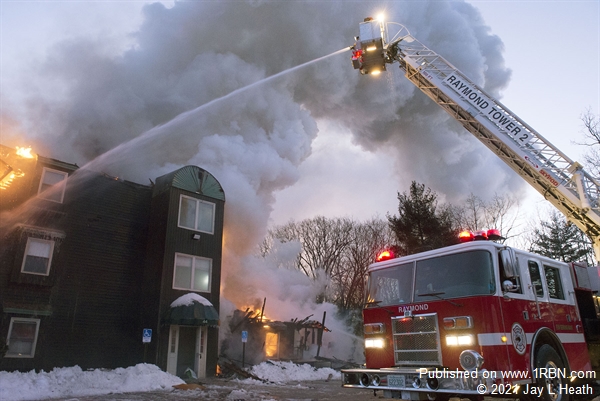 Photo by Jay L Heath Daylight begins to appear as heavy smoke blows from the rear while Raymond's Tower Ladder goes to work. 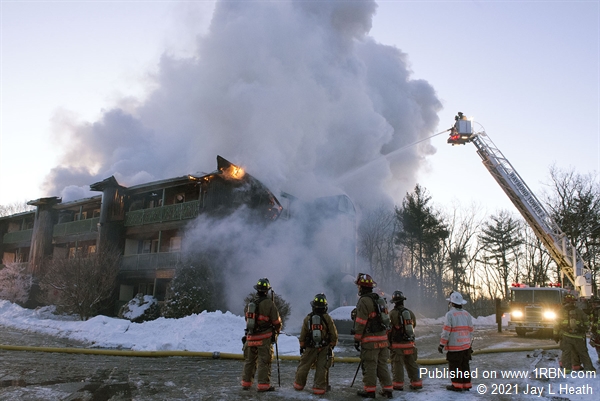 Raymond, NH - A three-alarm fire ripped through the "Sunview Apartment Complex" during the early morning hours of February 8th.

The fire came in around 4:30 A.M., and firefighters arrived to find heavy fire and smoke coming from the 24-unit apartment building, with occupants still inside. A third-alarm was immediately transmitted, bringing over 75 firefighters from several mutual aid departments to the scene.

Firefighters encountered heavy fire conditions and freezing temperatures in the teens as they worked to rescue occupants by ladders and out of emergency exits while the fire was quickly spreading. "The fire was ripping across the back side as Raymond Fire Lt. Adam Brackett rescued a man and his cat from a ladder," said Raymond Fire Chief Hammond.

Two people were injured while trying to escape, and over 50 residents were displaced by the fire. Raymond Fire Chief Hammond said the fire was brought under control by 6:30 A.M., but firefighters were on the scene most of the day conducting overhaul and chasing hot spots.

Hammond said they had hydrants near the entrance to the parking lot, and water supply was not an issue. He stated that there was so much fire when they arrived it was very tough to bring it under control, but they had plenty of water. The Chief estimates the damage done is well over a million dollars. The fire is under investigation.