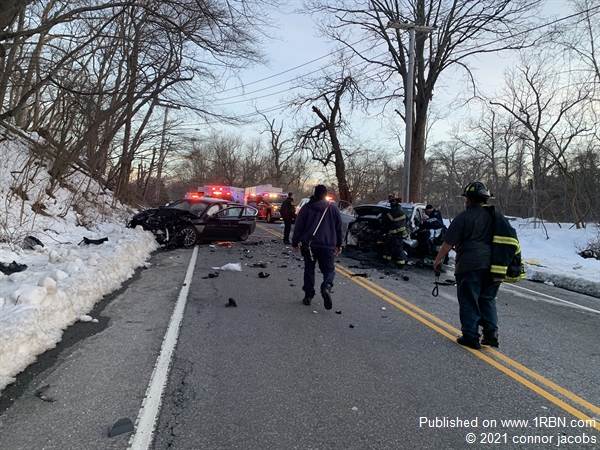 Photo by connor jacobsFirefighters and Police officers on the scene of the accident. 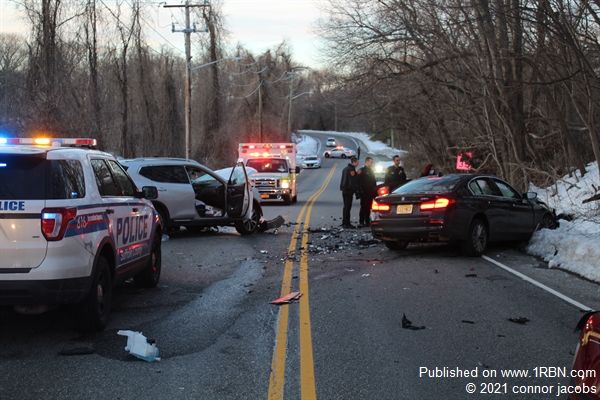 Photo by connor jacobsCars that were involved in the accident

Medford, NY - On the afternoon of February 6th at approximately 4:36 P.M., the Gordon Heights FD was toned out for a reported MVA with entrapment at Mill Road and Granny Road. Suffolk County 6th Precinct officers and the Suffolk County Emergency Services Unit were also notified of the crash.

Gordon Heights FD responded with two ambulances, one Heavy Rescue Truck, fire police and a chief. On arrival the Gordon Heights chief had a two-car MVA and requested an additional ambulance with ALS from Middle Island FD.

Firefighters and police officers worked together to get the occupants out of the cars safely. Personnel from both departments worked on treating the injured patients, who were then put into ambulances to be transported to a nearby hospital.

According to Suffolk County Police, none of the injuries sustained were considered serious. The road was shut down for a period of time to investigate the cause of the accident.