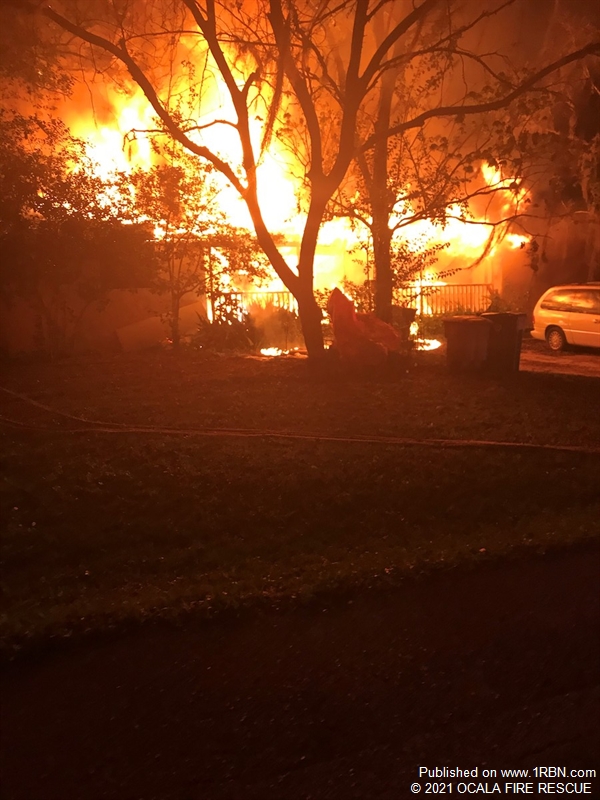 Ocala, FL - Ocala Fire Rescue (OFR) responded to reports of a fire in the 500 block of Southeast 28th Avenue shortly after 11:00 P.M. on Thursday, February 4th.

OFR Engines 2, 3 and 5, along with Rescue 2, Squad 1, Tower 1, Battalion Chief 22 and a Safety Officer were dispatched to the call.

Upon arrival, crews encountered a single-story residential structure engulfed in fire, with heavy flames venting through the roof. Engine 5 established a water supply while crews from Engines 3 and 2 pulled their pre-connected hose lines to the structure's front and rear.

Due to the fire's magnitude, units took a defensive stance until the heavy flames were knocked down. Once the fire was under control, firefighters forced entry into the back of the residence to complete a search. The area was deemed clear. Crews continued to douse the fire scene until neither flames nor hot spots remained.

No one was in the residence at the time of the fire, and no injuries were reported. The cause of the fire is unknown at this time.