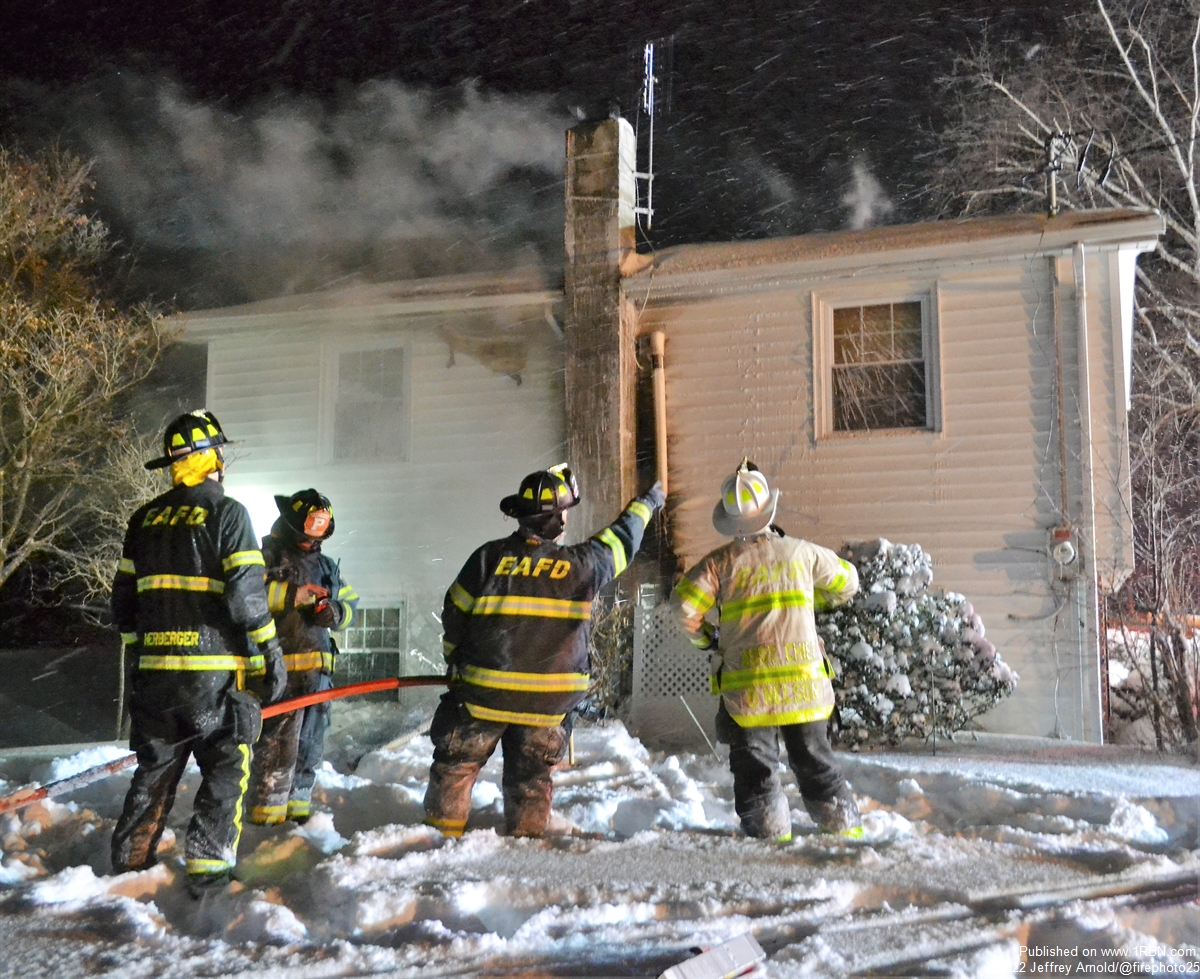 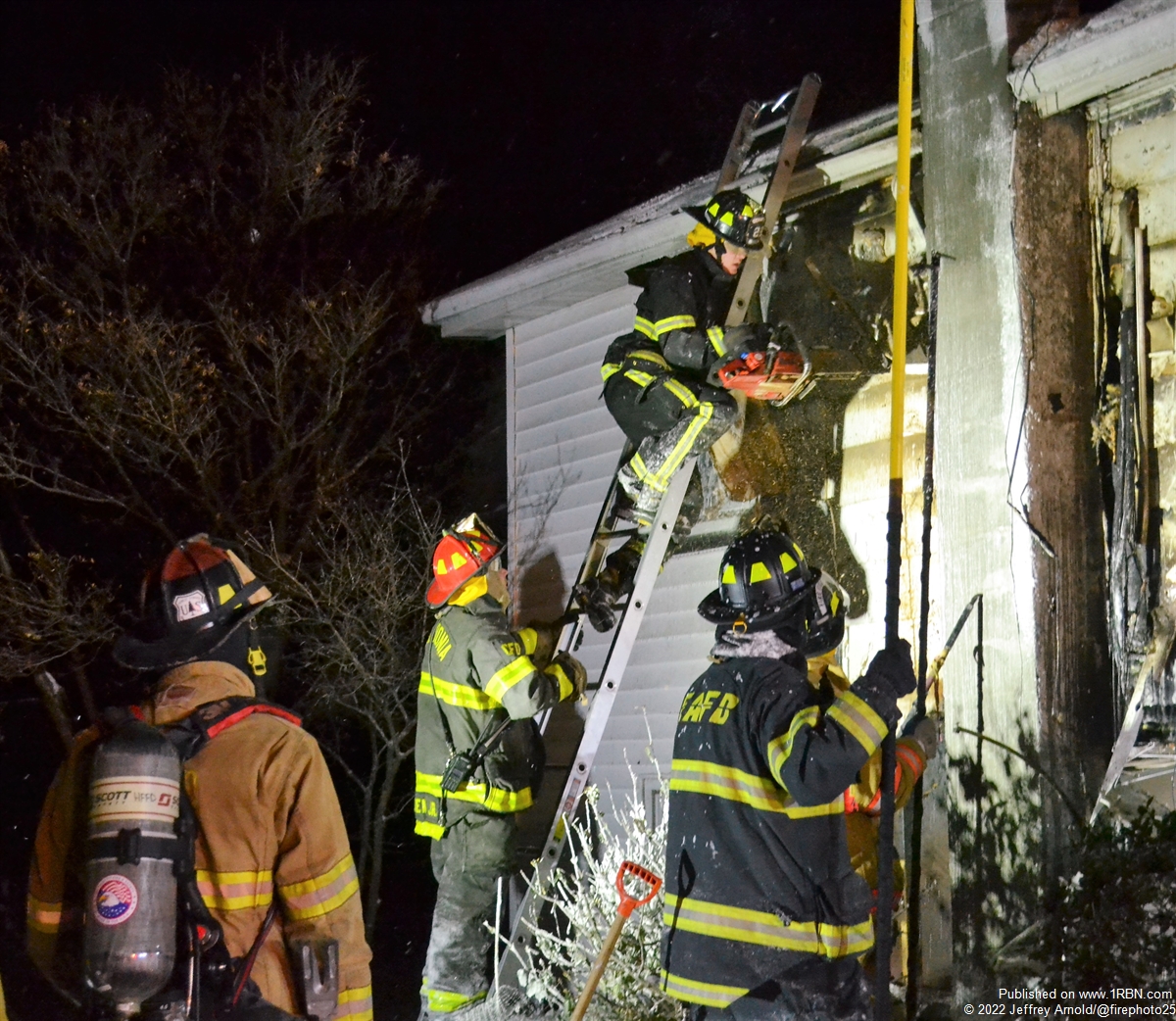 AVON, NY - On Friday, February 4th at 9:55 P.M., firefighters from East Avon, Lima and Livonia (FAST) responded to the report of a chimney fire at 2089 Dutch Hollow Road in Avon. East Avon Fire Chief Chris Batzel arrived on location and declared a working fire, as the fire had extended into the walls of the split-level dwelling. An additional engine from Honeoye Falls and a tanker from Caledonia were requested to the scene. Crews were able to contain the fire to the area around the chimney. There were no injuries reported. Also assisting at the scene were Livingston County Emergency Management, EMS and Sheriff's Office.