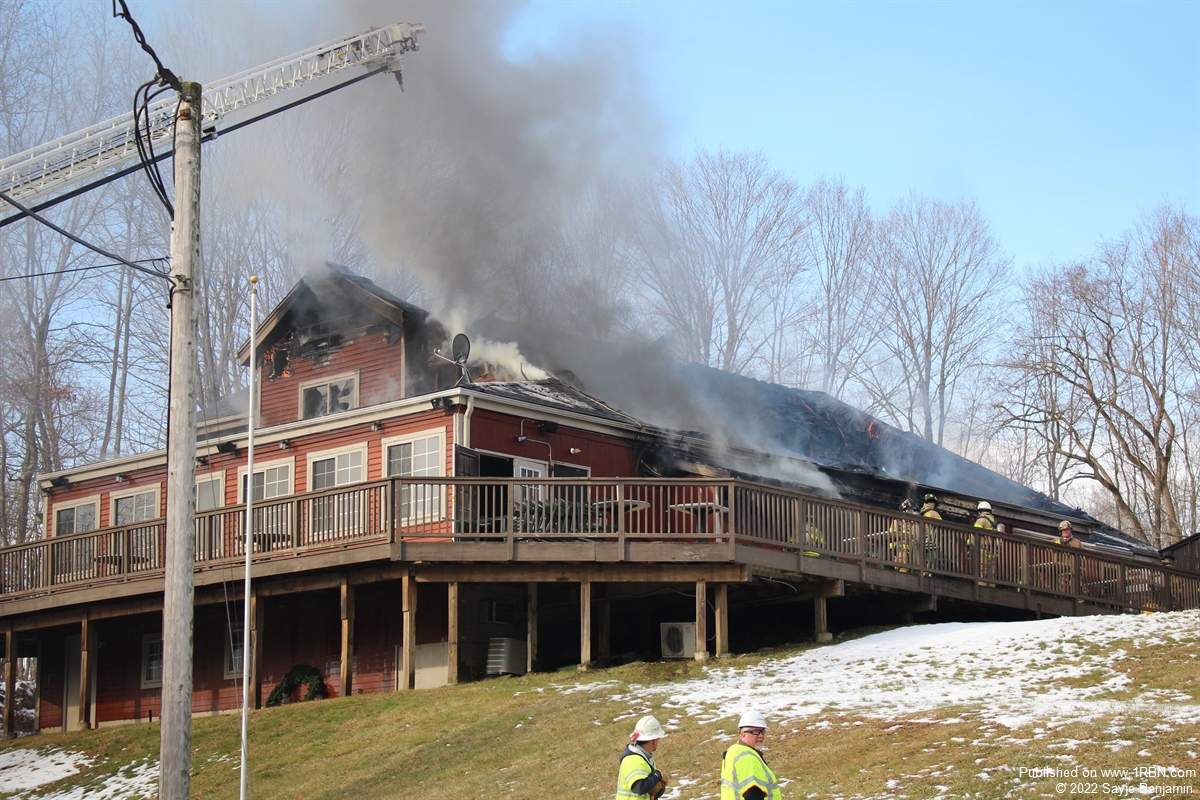 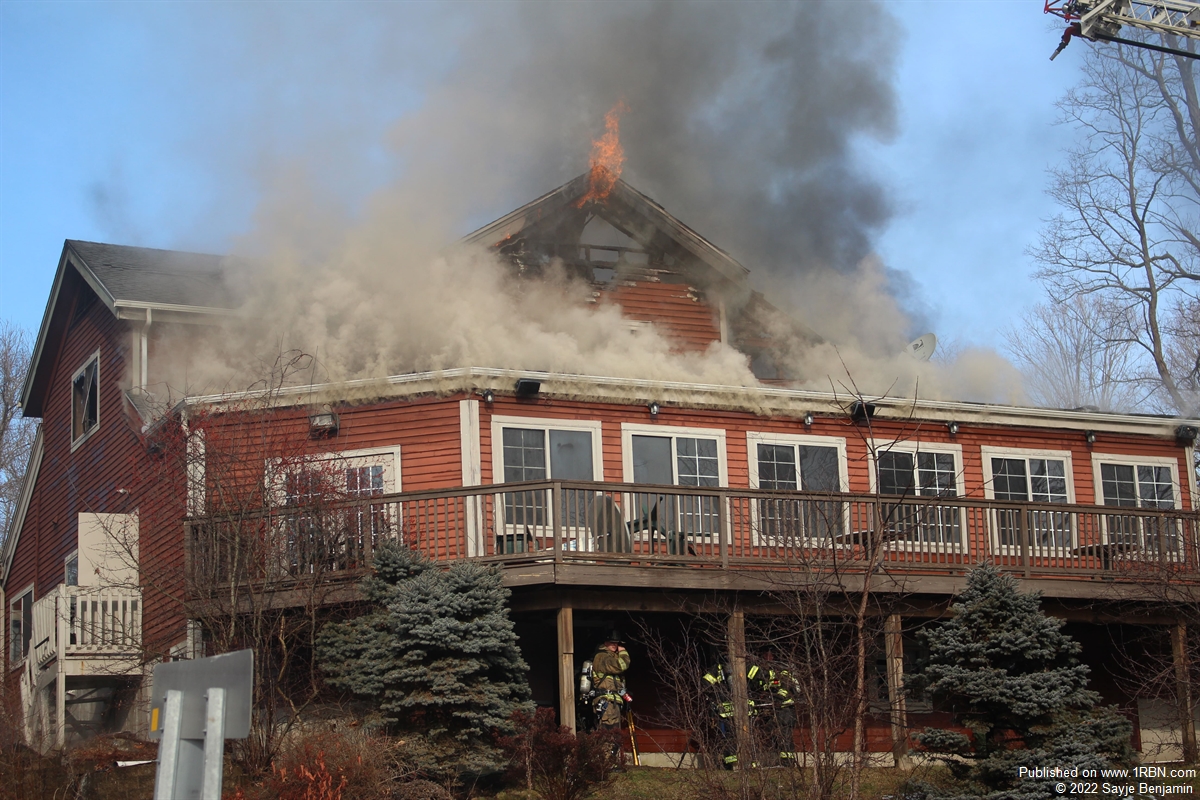 Photo by Sayje BenjaminCrews prepare to make entry to the basement at the McGuire's Pub fire. 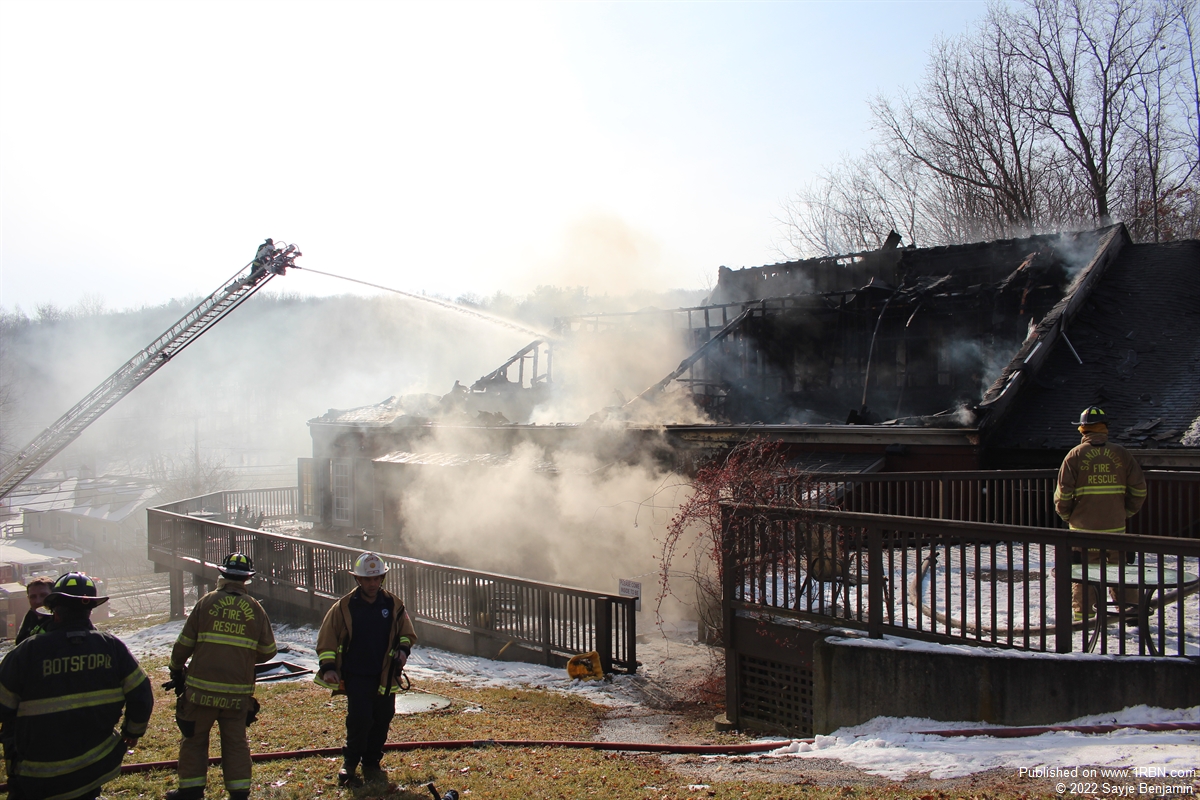 Photo by Sayje BenjaminVisible destruction of the former McGuire's Pub.

NEWTOWN, CT - Around 9:30 A.M. on January 14th, the departments of Newtown, CT responded to a reported structure fire in the 100 block of Mount Pleasant Road.

On arrival, units observed smoke coming from the eaves and heavy fire from the rear of the large two-and-a-half story, wood-frame of the former McGuire's Pub. The Brookfield Fire Department was added for RIT as all five Newtown departments operated.

The fire grabbed a hold of the cockloft and broke through the roof, causing companies to go defensive. Bethel's Stony Hill Fire Department was added to the assignment, bringing this fire to the equivalent of a second-alarm. Companies worked through water supply issues and tanker shuttles for approximately two-and-a-half hours until the fire was completely knocked down.

In total, seven departments operated at this fire. The Newtown and state fire marshal's offices determined arson to be the cause of this fire.