Toaster Deemed Cause of Two-Alarm Fire in Hamden 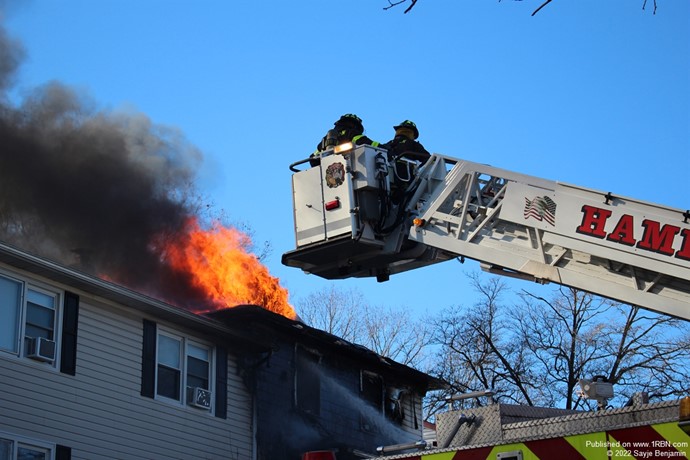 Photo by Sayje BenjaminHamden Tower 1's crew heads to the roof at a 2-alarm fire. 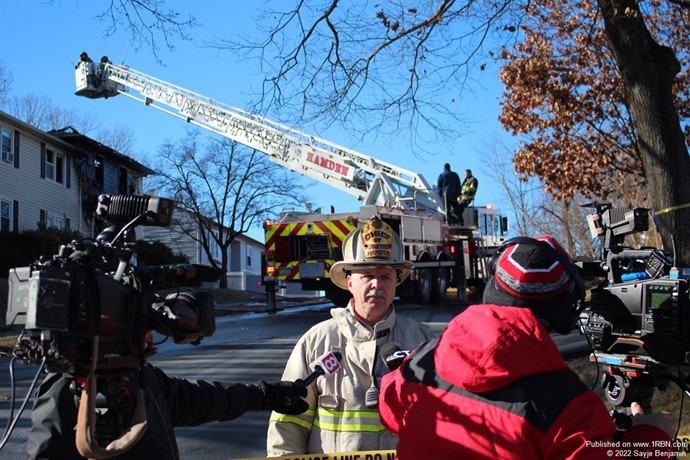 HAMDEN, CT - Around 12:10 P.M. on January 26th, the Hamden FD was dispatched for a reported appliance fire in the 1 block of Savoy Street. While en route, Car 3 reported a column of smoke visible on Dixwell Ave.

Engine 3 arrived on scene to heavy fire showing from a two-and-a-half story low-rise apartment complex. A second-alarm was quickly issued, bringing North Haven to the scene. Crews worked for over an hour and were able to contain the fire to a single unit before it could travel across the attic and roof.

There were no injuries, and the Red Cross was assisting occupants of all units in the complex. The fire marshal's office later found an uncleaned toaster to be the cause of the fire.