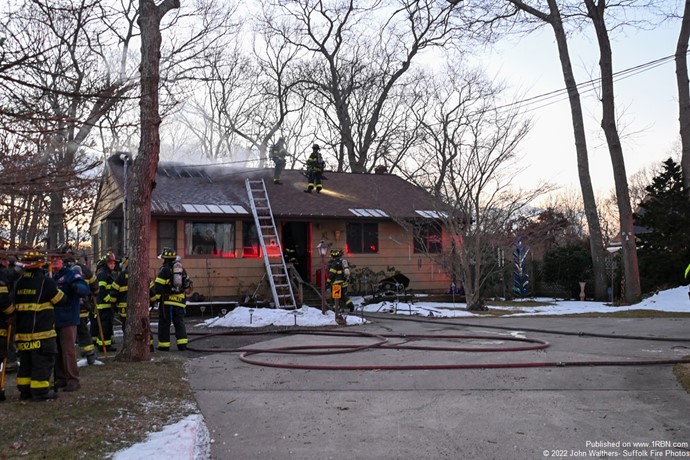 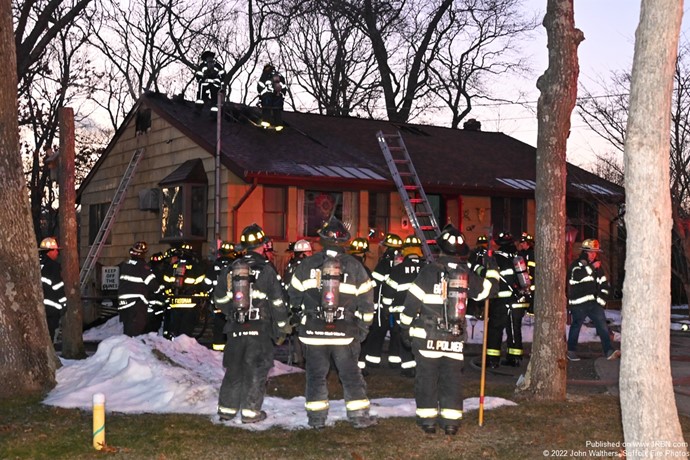 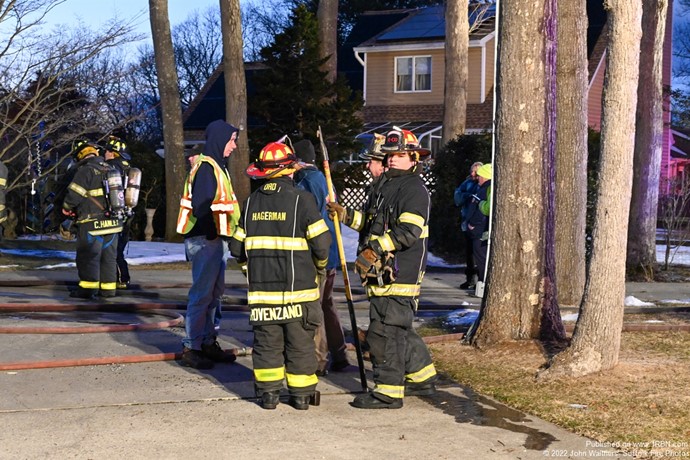 Photo by John Walthers- Suffolk Fire PhotosHagerman Firefighters and Explorers on scene of a dwelling fire. 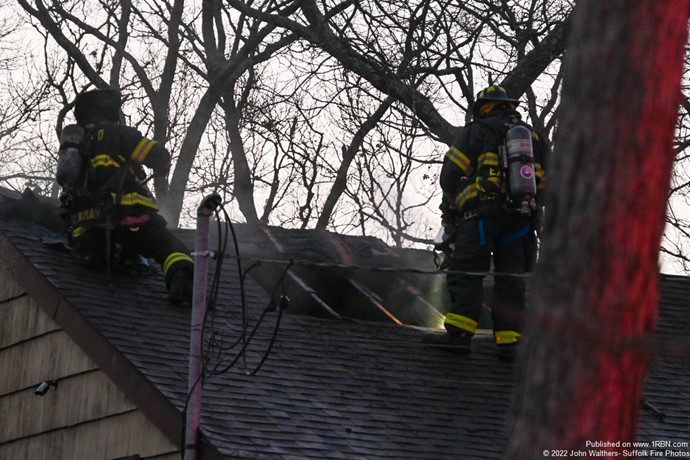 Photo by John Walthers- Suffolk Fire PhotosFirefighters operate on the roof at a dwelling fire in Hagerman. 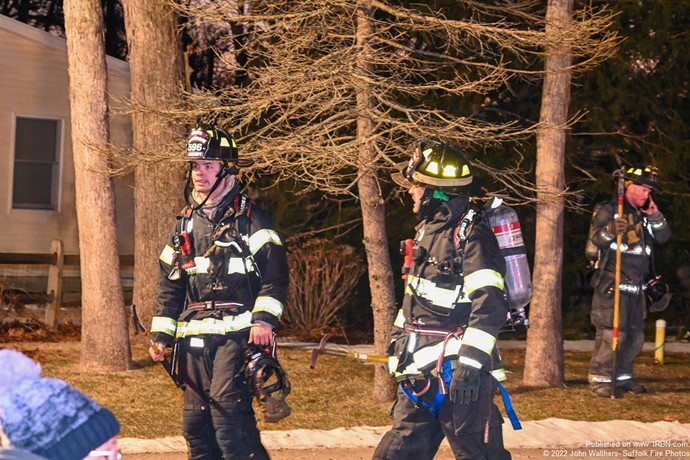 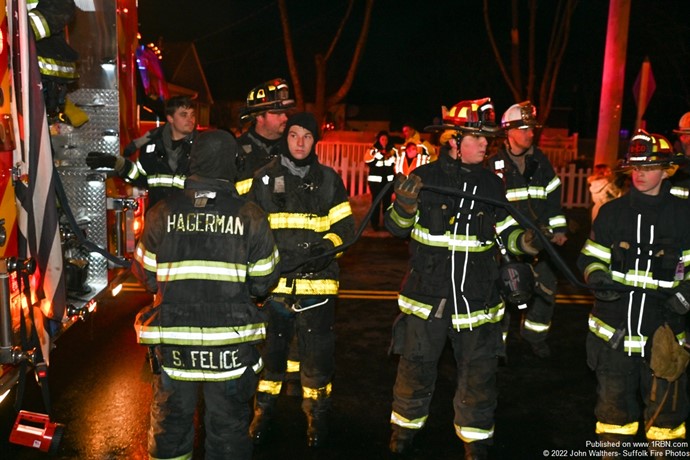 East Patchogue NY- Just before 5:00 PM on Saturday February 5, 2022 the Hagerman Fire Department was dispatched to a reported structure fire on Gazola Dr, Between Atlantic Ave and Stanley Ave. Hagerman Assistant Chief Tim Dunham (5-10-31) arrived on scene shortly after the call was toned and immediately advised dispatch to reactivated for a Working Fire (signal 13-35) for fire coming from the roof of a private dwelling.

The Preplan was also requested to be activated by Chief of Department Tom Dunham (5-10-30) to bring in mutual aid to the scene from Bellport and North Patchogue, in addition to Patchogue FD to Standby at Hagermans HQ. On Arrival Chief of Department Tom Dunham (5-10-30) assumed command of the incident and directed the first due engine 5-10-1 to come into the scene and hit the fire with tank water. 2nd Due Engine was advised to come in hit the hydrant and feed engine 1. The fire was quickly knocked down by crews on scene. South Country Ambulance was on scene in case they were needed, however no injuries were reported. The scene was turned over to the Brookhaven Town Fire Marshal Office for Investigation.