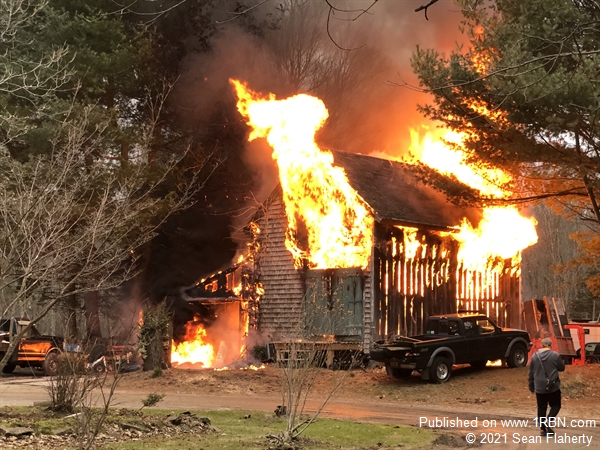 Photo by Sean FlahertyThe barn was well involved as Captain Kulman performs his 360. 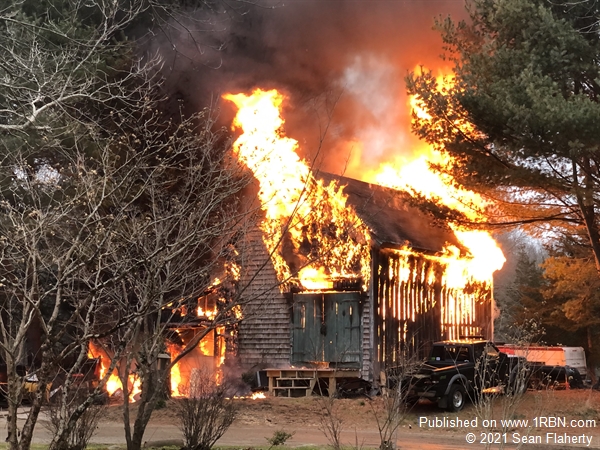 Photo by Sean FlahertyFire quickly took over the barn. 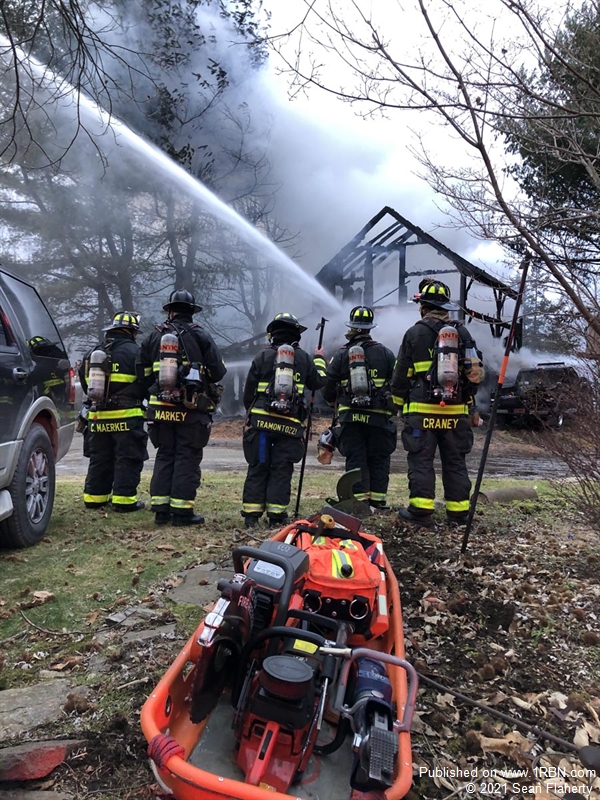 Photo by Sean FlahertyYantic FAST set up in the front.

At 3:50 pm on Friday, 1/15/2021 the Lebanon Fire Department with Bozrah, Colchester, Gardner Lake and the Yantic FAST was dispatched to 84 Norwich Avenue for a barn fire. Bozrah Ladder 126 arrived at 3:58 reporting the barn was well involved with a house and vehicles as exposure problems. Ladder 126’s crew positioned a two and a half inch hose line between the barn and the house while setting up their ladder pipe for defensive operations. Firefighters hand jacked a five inch supply line down the driveway from Ladder 126 where tankers tied in and fed the scene until Colchester’s Engine 128 established the draft. Bozrah and Lebanon firefighters stretched two 1.75” cross lays from Engine 126 and put out a pickup truck that was burning as well as sprayed water on the barn. The barn was a complete loss but the fire was prevented from spreading to the home. There were no injuries and the Lebanon Fire Marshal’s Office is investigating.