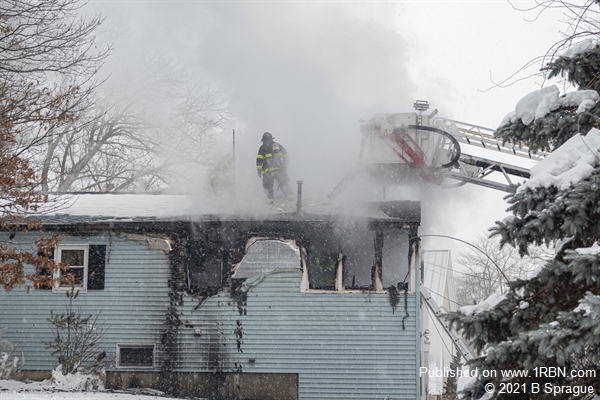 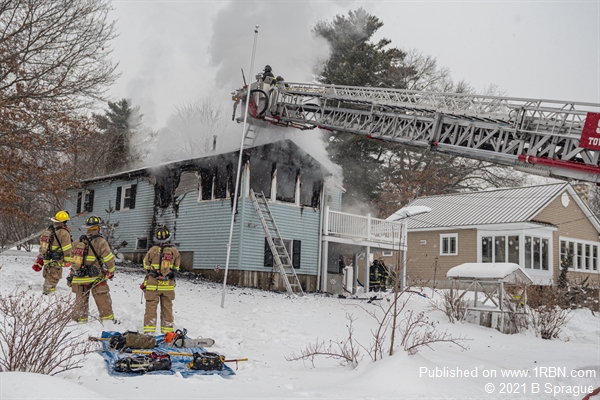 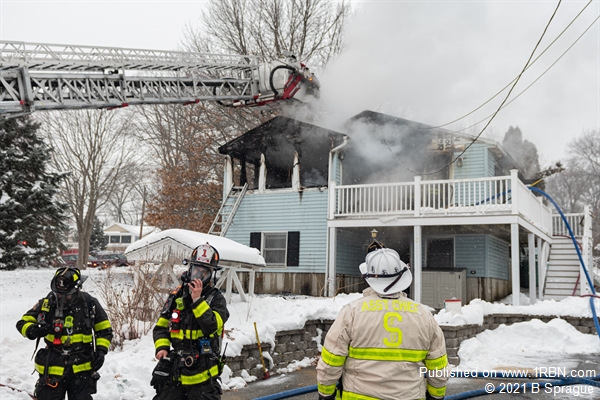 Salem, NH - On the morning of Friday, February 5th at 9:37 A.M., Salem Fire alarm received a call from a man reporting that his neighbor's house was on fire.

All Salem fire units were tied up on other calls in the south end of town, but companies were able to clear and respond to the fire. While en-route a second call was received reporting that a person was trapped in the house.

Deputy Chief Murray was first on scene and reported heavy fire from the second floor windows and called for the working fire. The occupant had just gotten out of the house with the assistance of a neighbor.

The fire is under investigation by the Salem Fire Prevention Division.