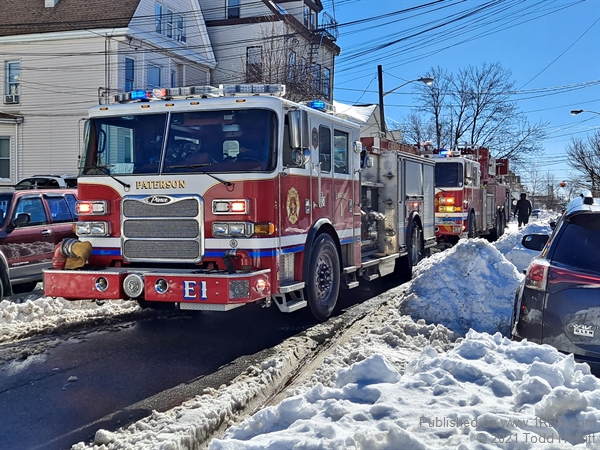 Photo by Todd HollrittPaterson Engine 1 and Truck 1 on the scene off Park Avenue, you can see the narrow street conditions after the snowstorm. 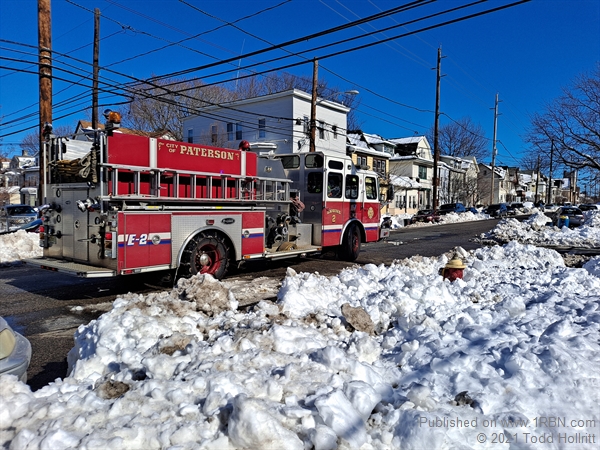 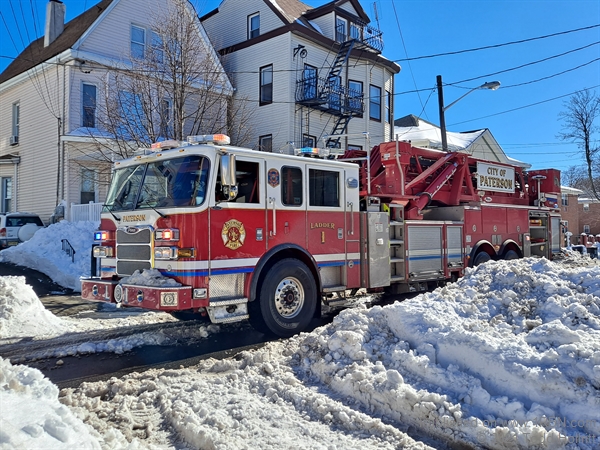 Photo by Todd HollrittPaterson Ladder 2 on an alarm. 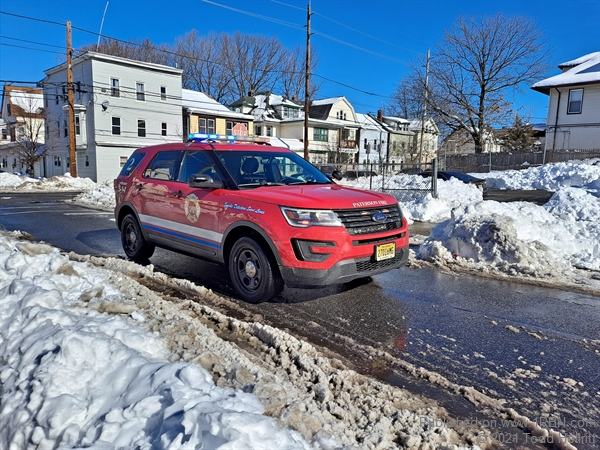 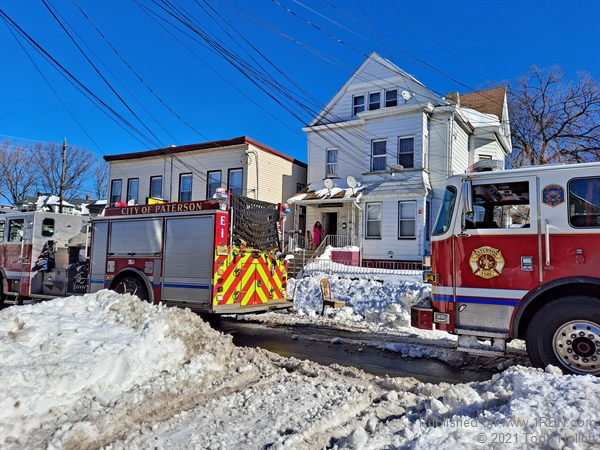 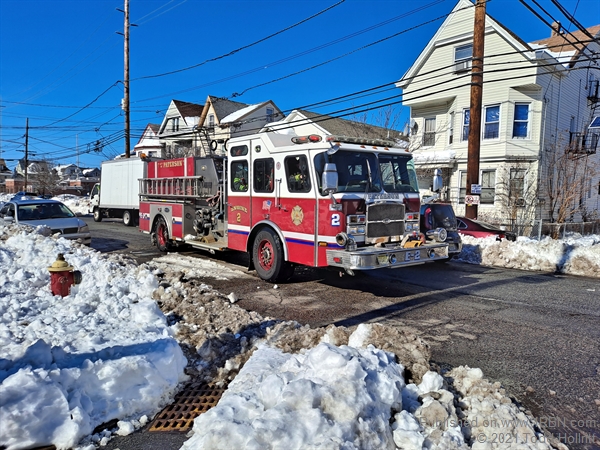 New Jersey snowstorm was one for the record books! Monday's storm on February 1, 2021, which dropped more than 30 inches of snow over 3 days in parts of Morris and Sussex counties and about 2 feet everywhere else brought the state to a standstill. New Jersey Gov. Phil Murphy on Tuesday called the totals "incredibly impressive." "I think you have to go back maybe to 2010, but probably to 1996, to get a storm with the same level of ferocity as this one," Murphy said during a news conference "This was a big one". Here are some images of Paterson firefighters on a run in the Eastside section of the city off Park Avenue. This was four days after the storm ended and conditions were still very difficult in a snow covered "Silk City". It's not clear whether it broke New Jersey's standing record for snowfall, set in 1899 when a storm dumped 34 inches, said New Jersey state climatologist Dr. David Robinson. About 32 inches of snow fell in the Sussex County towns of Newton and Andover, while Chester claimed 31. The Passaic County borough of Bloomingdale reported 25.2 inches, while in Bergen County, Park Ridge recorded 23 inches, Closter reported 22.5 and Paramus claimed 20.3. The New Jersey State Police responded to 743 accidents and 1,362 motorist calls for aid during the storm, the governor said.