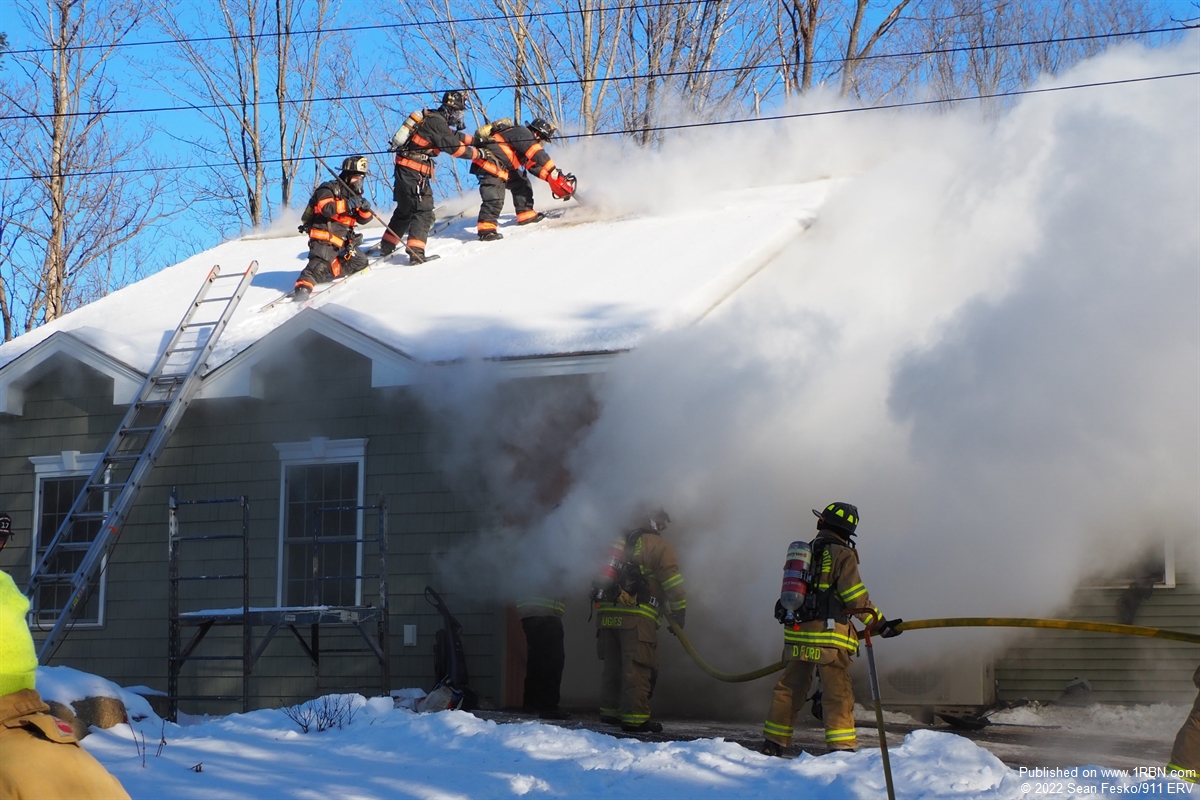 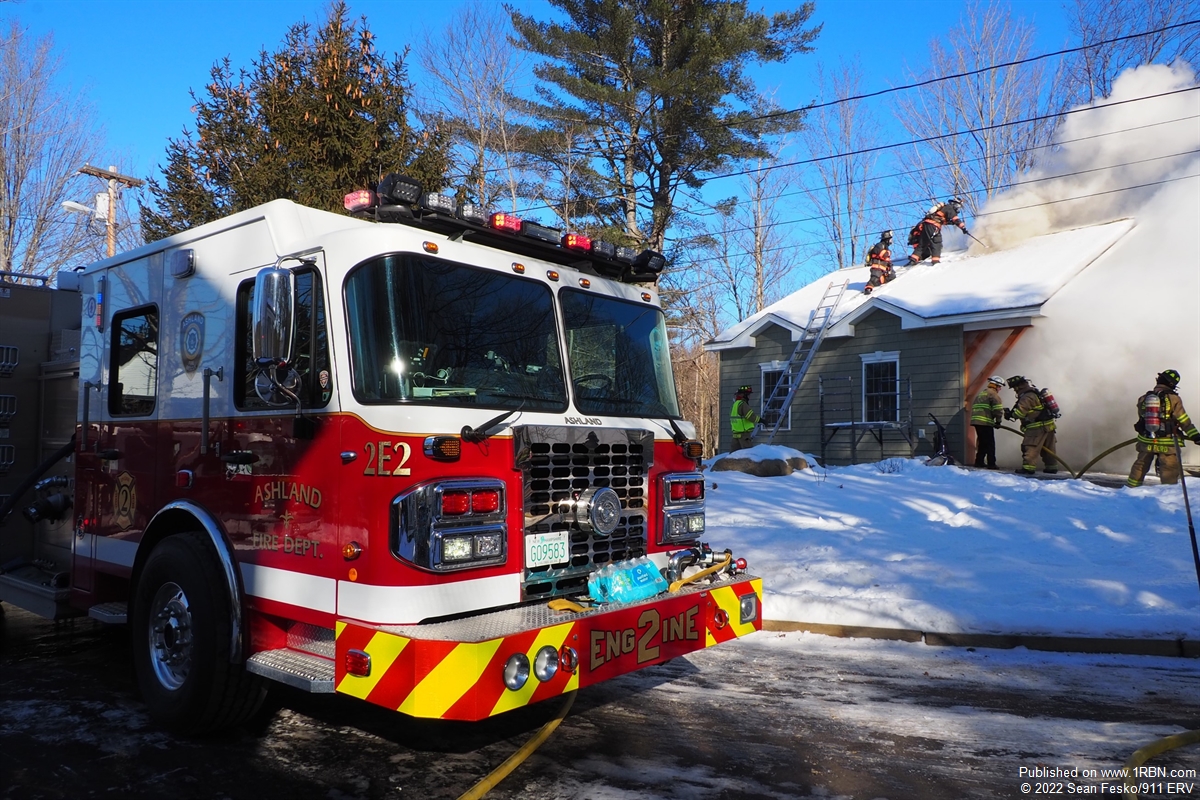 ASHLAND, NH - On January 15th, the Ashland, Holderness and New Hampton Fire Departments were dispatched to a reported building fire just down the road from the Ashland fire station. Crews arrived quickly and reported heavy smoke and fire showing. A second-alarm was requested, bringing in more towns from around the Lakes Region. Hampering firefighting efforts were temperatures hovering around 0-degrees, and moderate wind pushing the wind chill down to about negative 20-degrees.