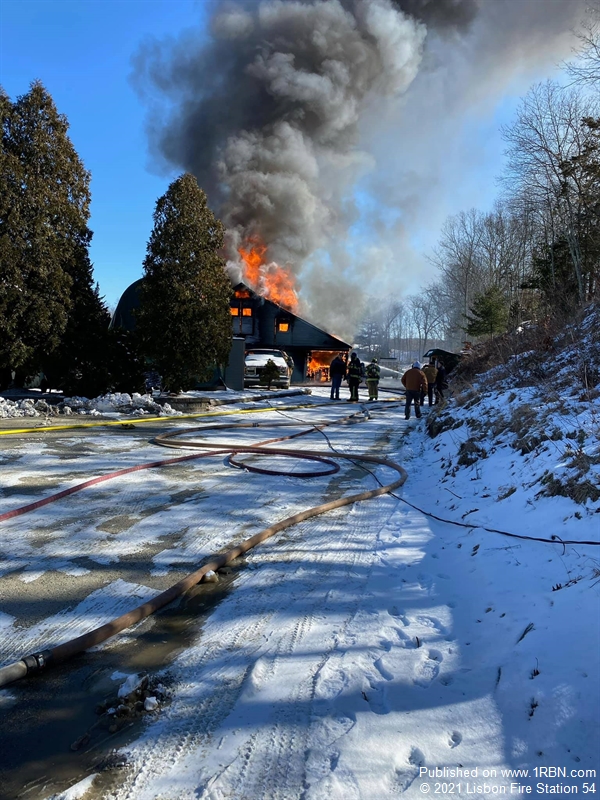 Photo by Lisbon Fire Station 54Fires vents through the roof as it starts to collapse. 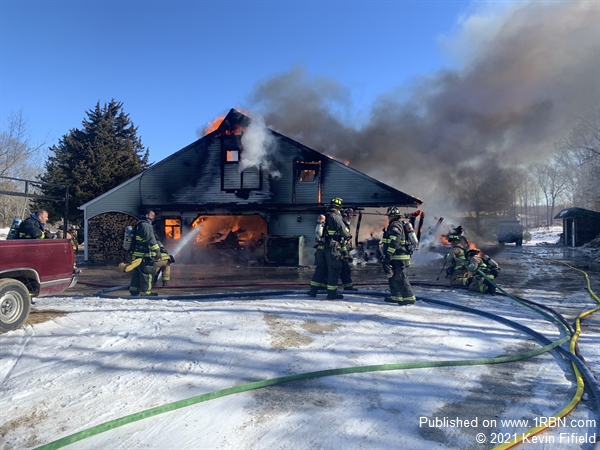 Photo by Kevin FifieldThe fire spread to a car on the 'Delta' side of the garage. 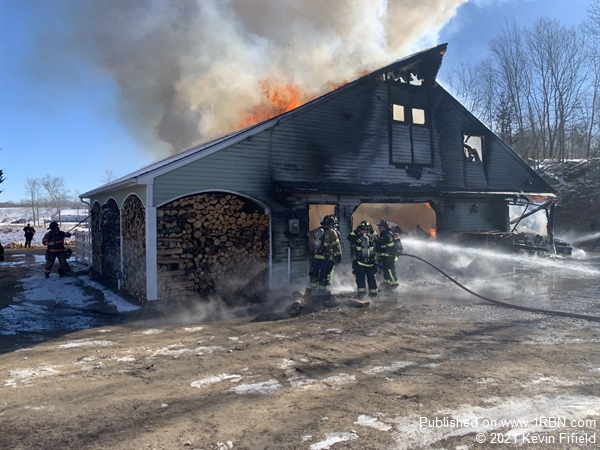 Photo by Kevin FifieldTaftville and Jewett City Firefighters operating on the Alpha/Bravo corner. 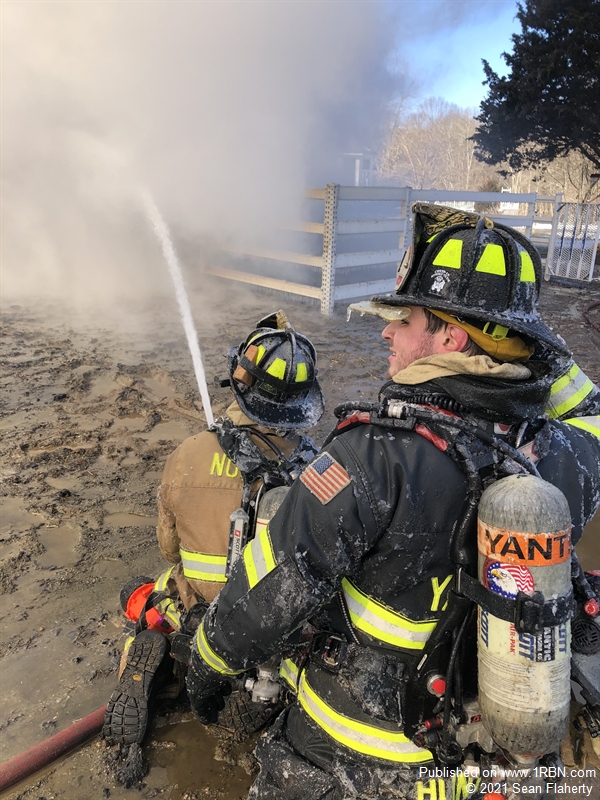 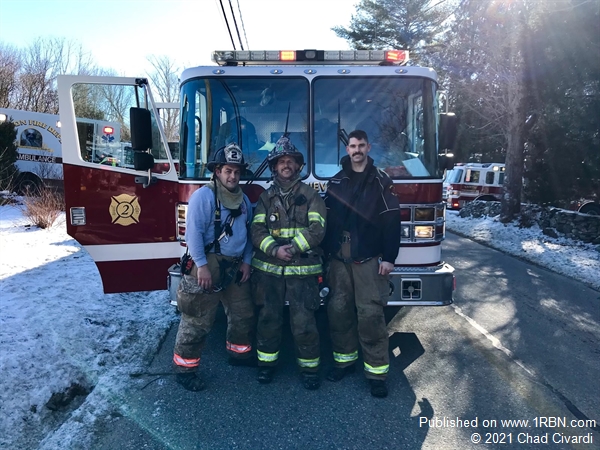 While responding, Quinebaug Valley Emergency Communications advised Assistant Chief Cingranelli that they were receiving numerous calls reporting flames through the roof, so Norwich Engine 2 with tankers from Plainfield, Preston and Bozrah were added.

ET-254 arrived at 11:33 A.M., reporting a 50’x60’ wood shop about 50-percent involved. ET-254’s crew set up a blitz fire in the front of the building. Tanker 154 arrived next and nursed their engine. Engine 256 backed down the driveway and reverse laid out to a pond, where Voluntown’s Tanker made a hole in the ice and established the draft. The rest of Engine 256’s crew stretched a two-and-a-half inch hose line to the 'Alpha'/'Bravo' corner. Engine 2’s crew helped Lisbon firefighters extend a one-and-three-quarter inch hose line around to the rear while Engine 22’s crew stretched a fourth line.

Crews battled the fire during strong winds while it was 17-degrees and quickly became covered with ice. Command placed the incident under control at 12:49 P.M. and released everyone other than Lisbon and Jewett City. There were no injuries and the Lisbon Fire Marshal is investigating.