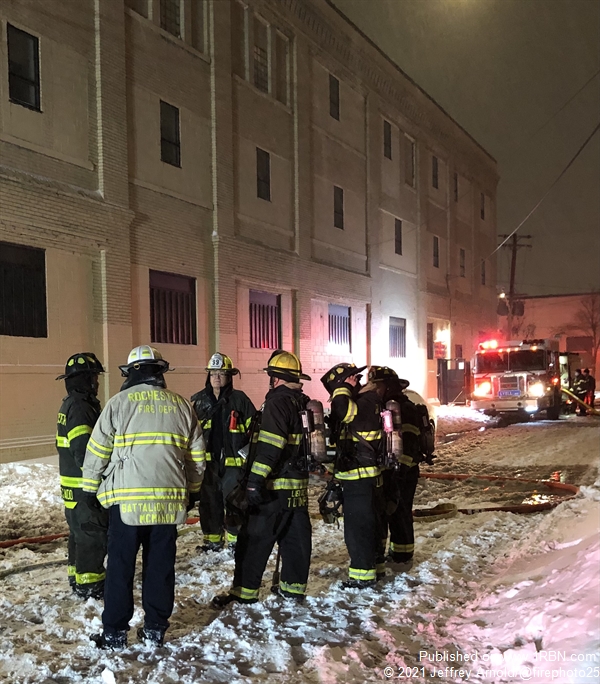 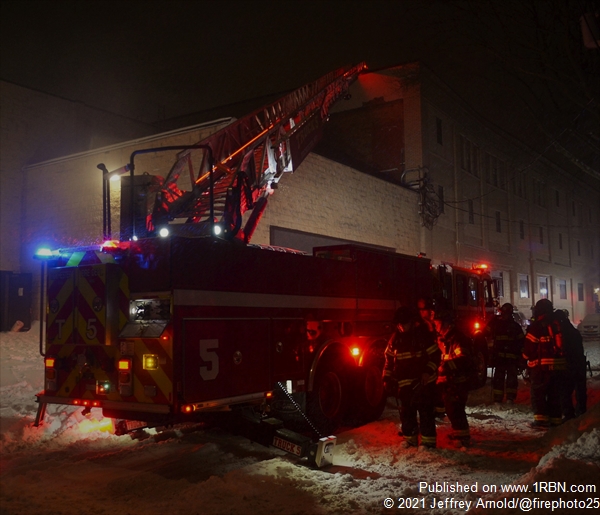 Rochester, NY - On Tuesday, February 2nd at 6:09 P.M., Rochester firefighters responded to an automatic alarm at 190 Murray Street. Upon arrival, units reported heavy smoke showing from a large, three-story commercial building. Upon further investigation, the fire was located in a machine shop in the rear of the structure. While attempting to extinguish the fire, chemical reaction involving metal shavings occurred, causing an explosion. At that point a second-alarm was struck, along with a hazardous materials assignment to the scene. The blaze was brought under control in about an hour. There were no injuries reported.