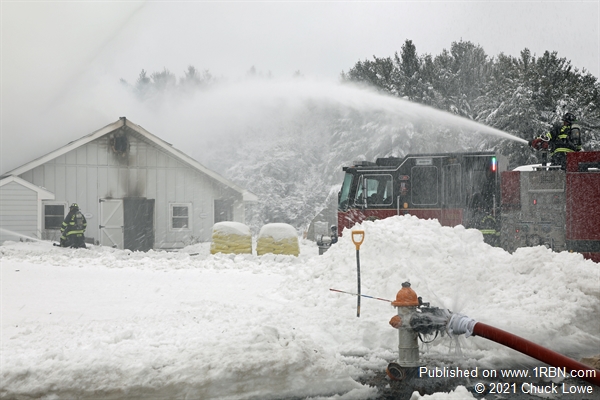 Photo by Chuck LoweFirefighters play water in to the barn after shoveling out a hydrant in front of the fire building. 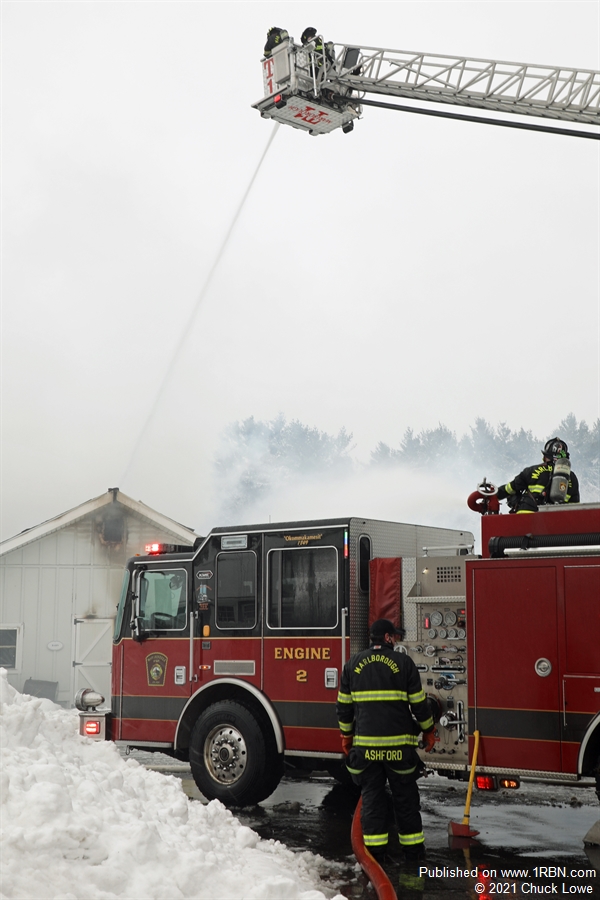 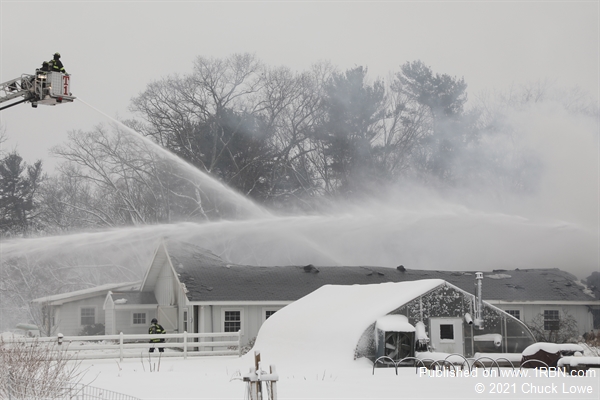 Photo by Chuck LoweTower 1 dumps water in to the class room session of the building where the roof came in.

Marlborough, MA - As most communities were digging out from a Nor'easter that just dumped over a foot of snow, Marlborough firefighters spent the day of February 2nd extinguishing a barn fire. Companies arrived just after 9:00 A.M. to find a large, two-story, wood-frame building fully involved, with significant extension to the attached classroom section. These conditions and word that the property was unoccupied resulted in defensive tactics. Shortly after water was placed on the fire the structure began to collapse. The Hillside School is a multiple building campus for boys in grades 4-9. There were no classes in session at the time because of weather. All five pigs that were inside the building escaped without injury. The state Fire Marshal's Office was requested to investigate.