Fire Goes to Three Alarms at Plaza in East Lyme 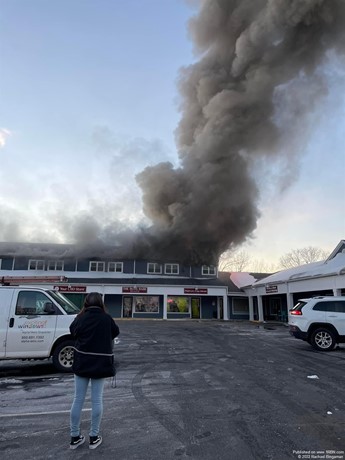 Photo by Rachael BingamanHeavy smoke billows from the second floor and attic. 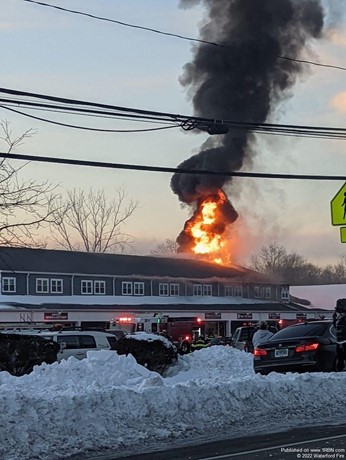 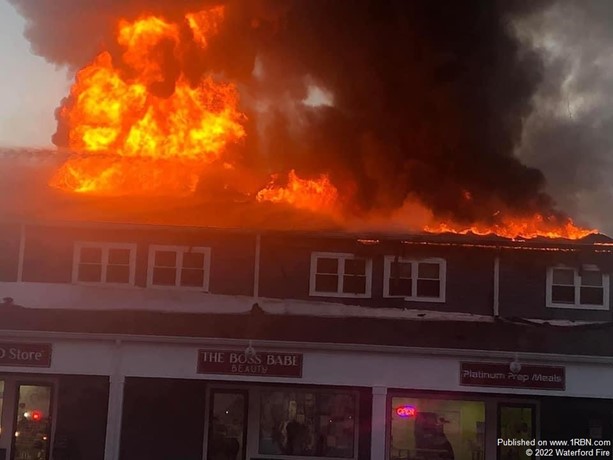 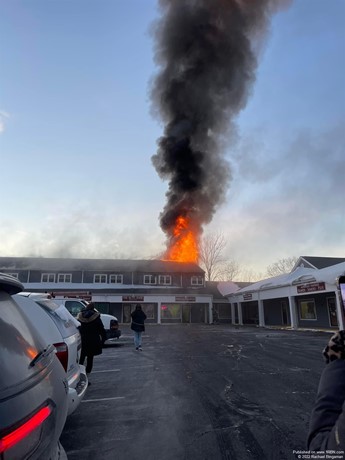 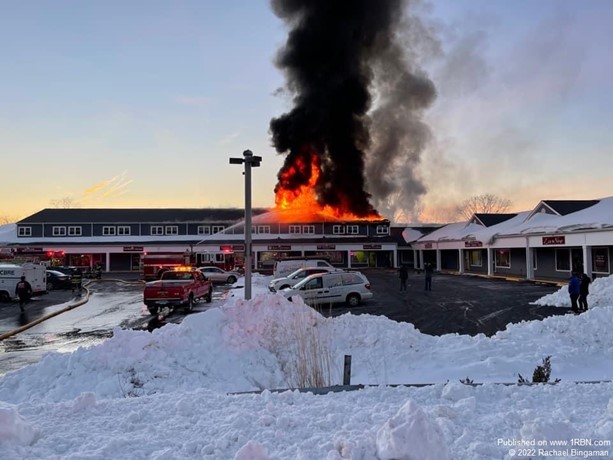 Photo by Rachael BingamanNiantic Engine 12 hits the fire with their deck gun. 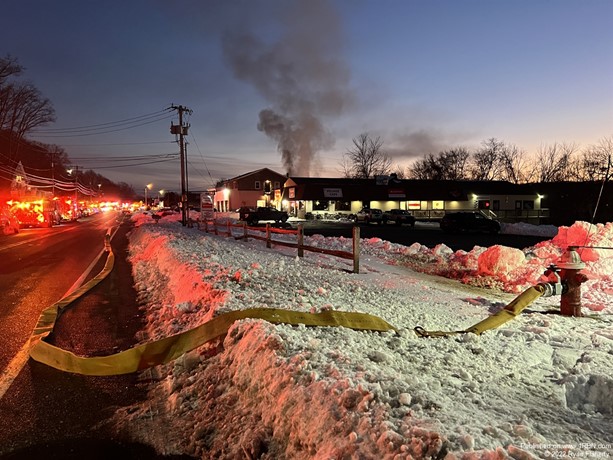 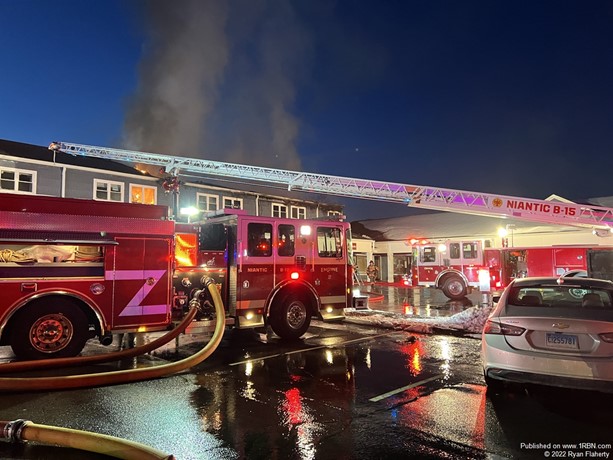 EAST LYME, CT - At 4:49 P.M. on Monday, January 31st, the Flanders and Niantic Fire Departments were dispatched to 170 Flanders Road, the Midway Plaza, for a structure fire.

Flanders Engine 21 arrived with heavy smoke showing from the second floor apartments above the strip mall and transmitted the second-alarm. A large volume of fire began venting from the attic shortly after, and with reports of people unaccounted for, a third-alarm was transmitted.

Niantic Engine 12 laid in from a hydrant in front of the complex and put their deck gun to work. Waterford Ladder 15 set up in the front and used their ladder pipe once Niantic’s Engine 13 laid into them. A crew from Old Saybrook and Waterford then ascended W-15 and performed a trench cut which worked successfully.

Niantic’s aerial set up over the fire area and provided a second egress from the roof. Flander’s B-25 set up on the 'Charlie/Delta' corner and was prepared to use their ladder pipe once B-22 laid into them. Crews operated multiple handlines in the second floor apartments and also had a partial collapse of the roof early on. Members overhauled for hours while the temperature hovered in the teens.