Fatal Fire at the Haddon Hills Apartments in Westmont 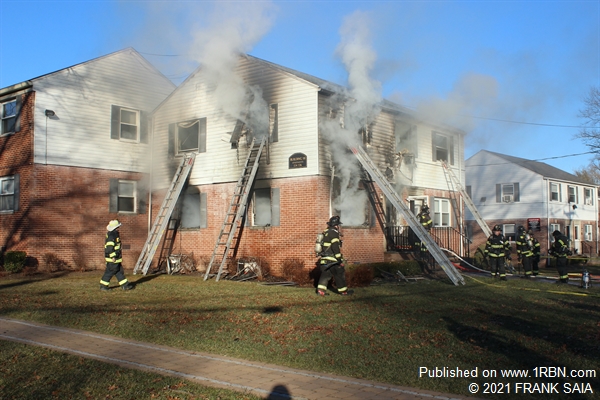 Westmont, NJ - At approximately 3:29 P.M. on Thursday, January 28th, the Westmont Fire Company was dispatched to the Haddon Hills Apartments at 210 W. Crystal Lake Avenue for the report of an apartment fire.

Squirt 1511 was first due under the command of Chief Dan Devitt, who reported heavy fire showing from two floors of a two-story garden style apartment building. There was also a report of a victim trapped. The first due engine initiated an aggressive interior attack. The victim was quickly found on the first floor, but was an obvious fatality.

A second-alarm was transmitted within minutes, which brought in companies from Collingswood, Haddonfield, Audubon, West Collingswood Heights, and Bellmawr to assist with fire suppression, searches, laddering, overhaul and other tactical responsibilities.

The cause of the fire is being investigated by the local and county authorities.