House with Hoarding Conditions Destroyed by Fire in Wallingford 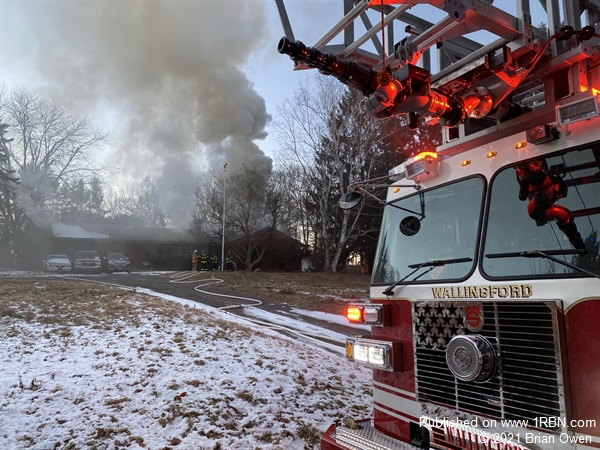 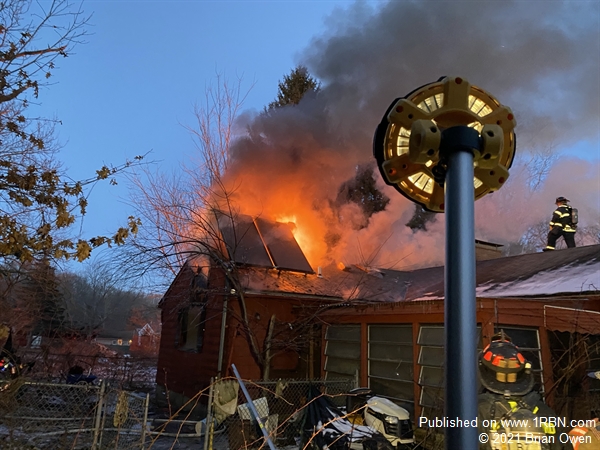 Photo by Brian OwenHeavy fire in rear of home. 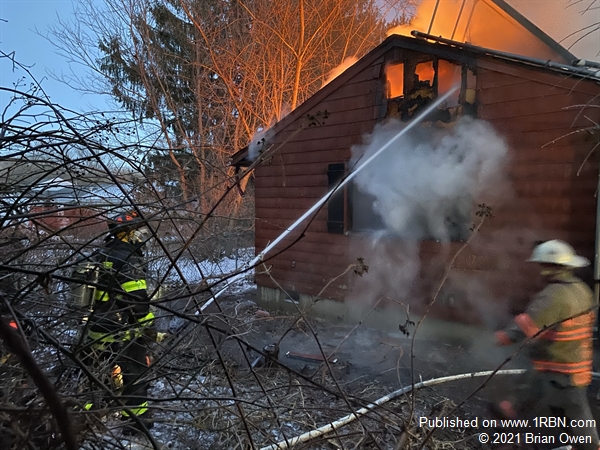 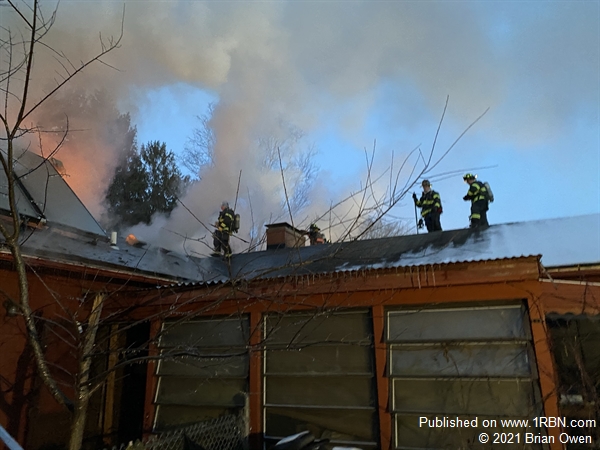 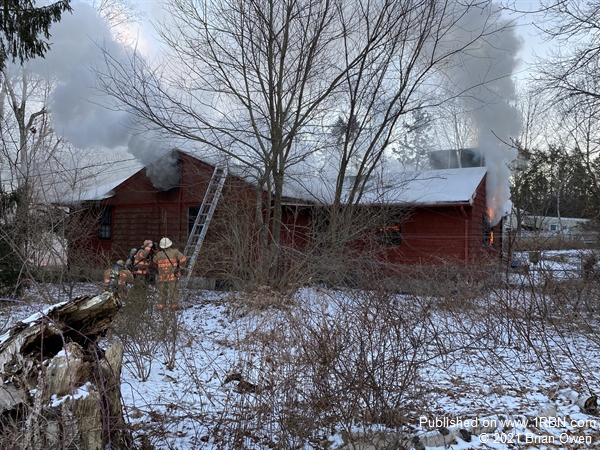 Photo by Brian OwenGetting ready to go to the roof. 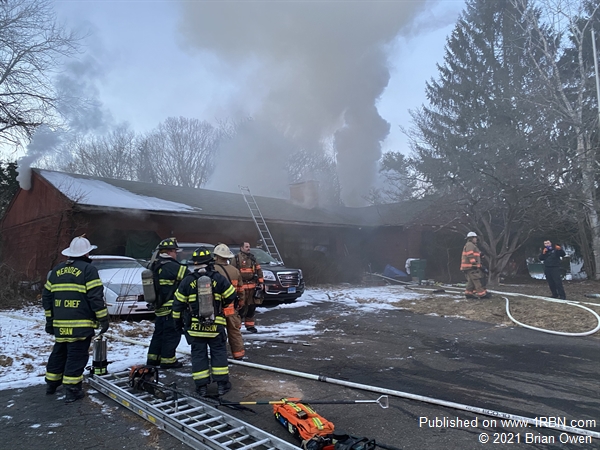 Wallingford, CT - At 4:30 P.M. on Saturday, January 30th, the WFD was dispatched to a house fire, with multiple calls coming through from residents in the area.

On arrival there was fire and heavy smoke showing from the rear of the house. Eventually three hand lines would be used to extinguish the fire, as firefighters encountered some hoarding conditions, making it very difficult to access.

The truck company opened the roof for ventilation while a coordinated interior/exterior extinguishment took place. This fire was just on the edge of a non-hydrated district, so tankers were used until approximately 1000-plus-feet of large diameter hose could be stretched.

All career companies, along with the volunteer companies worked this fire. Meriden FD was called to assist with mutual aid for a rapid intervention team. There was a report of one person with smoke inhalation who was treated and transported to the hospital. The home sustained heavy damage from fire and water, and the fire is under investigation by the Wallingford Fire Marshal at this time.