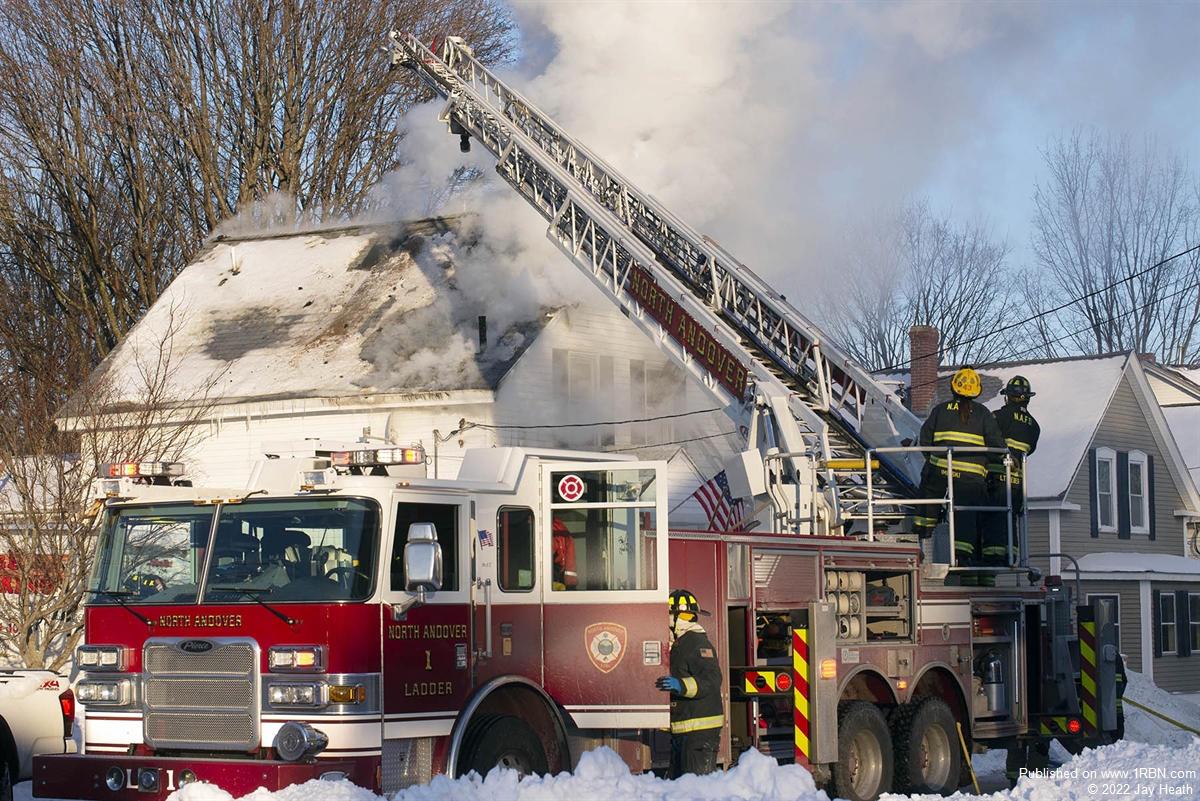 Photo by Jay Heath Fire burned through the roof at this house in North Andover on January 31st. 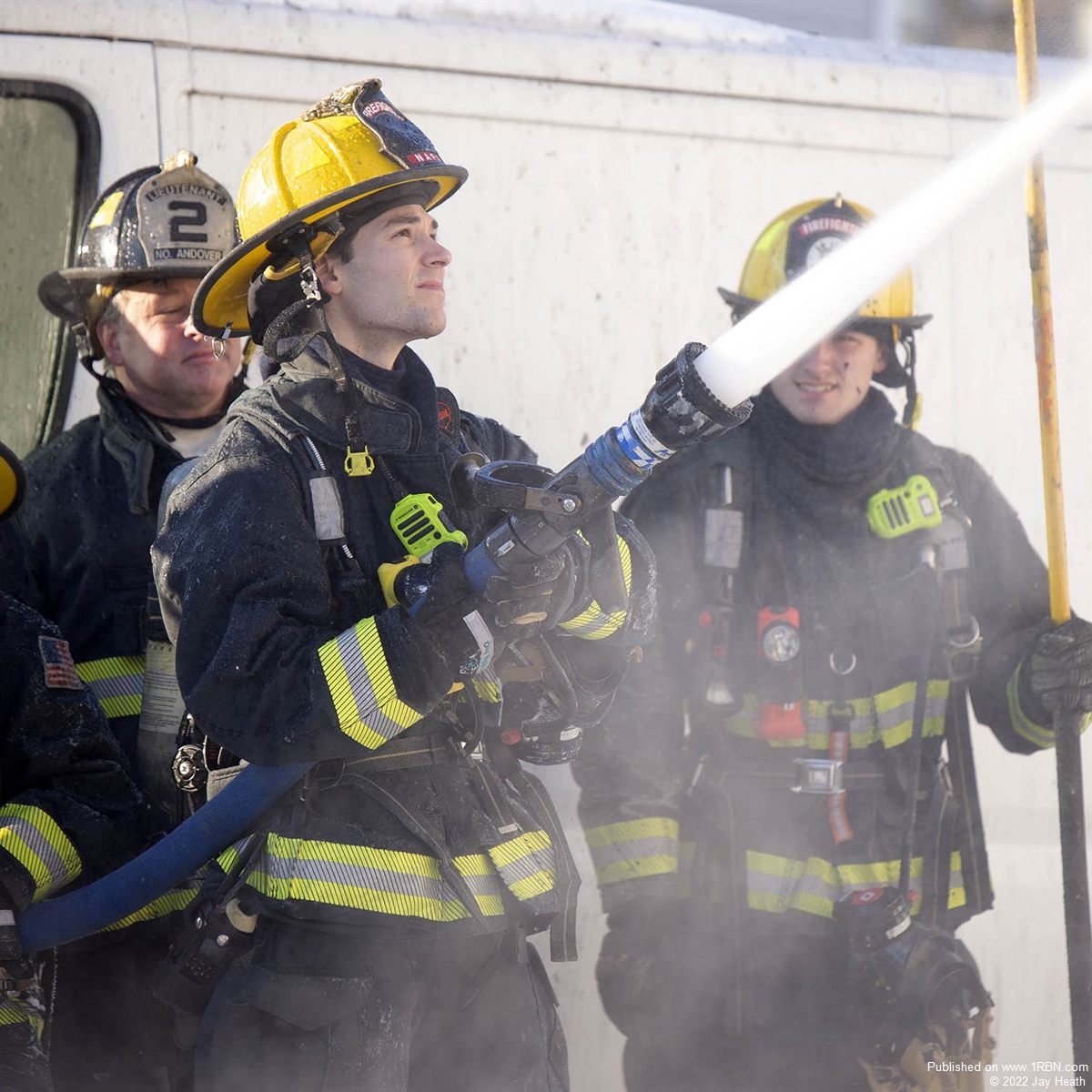 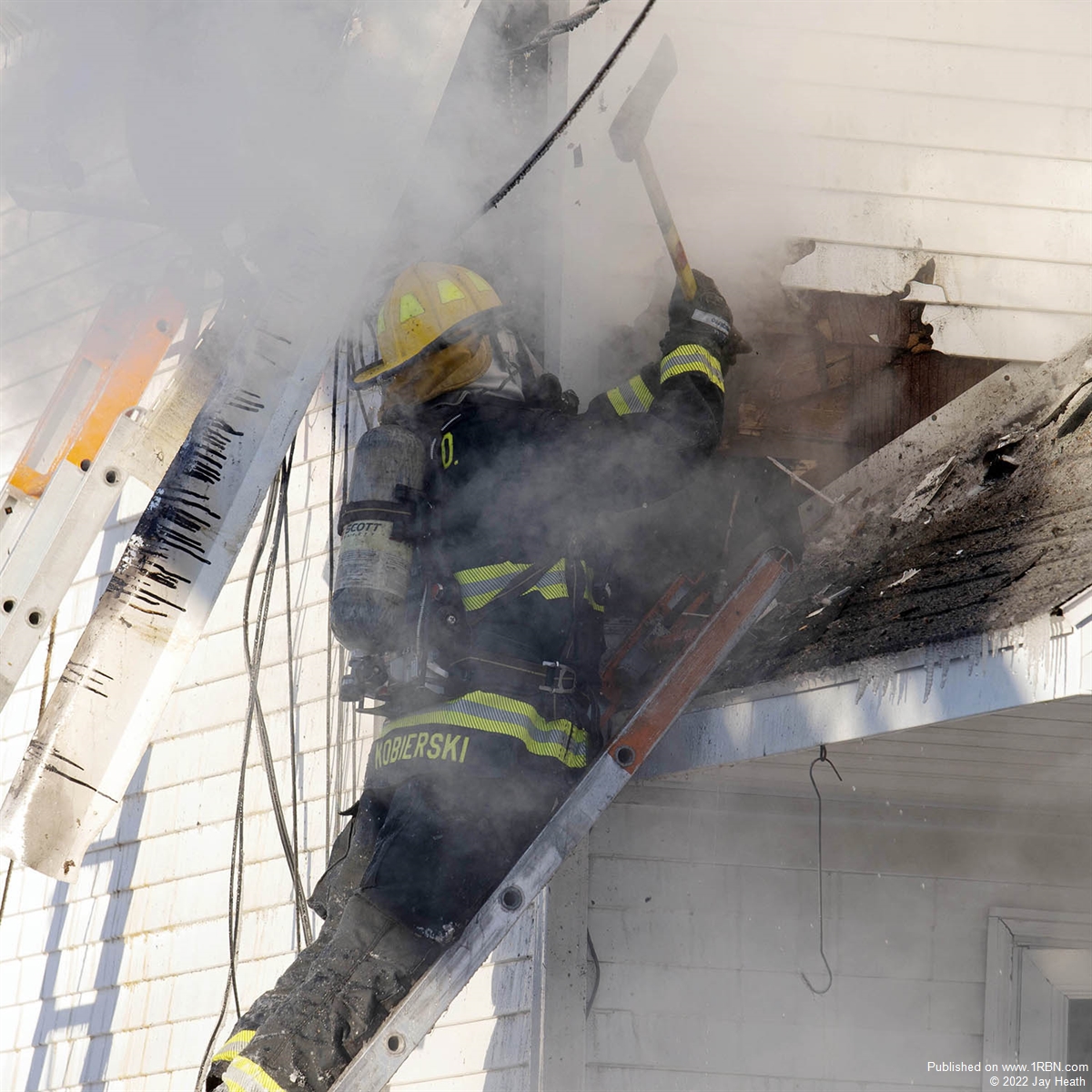 Photo by Jay Heath A North Andover firefighter opens up the walls in the front of the house. 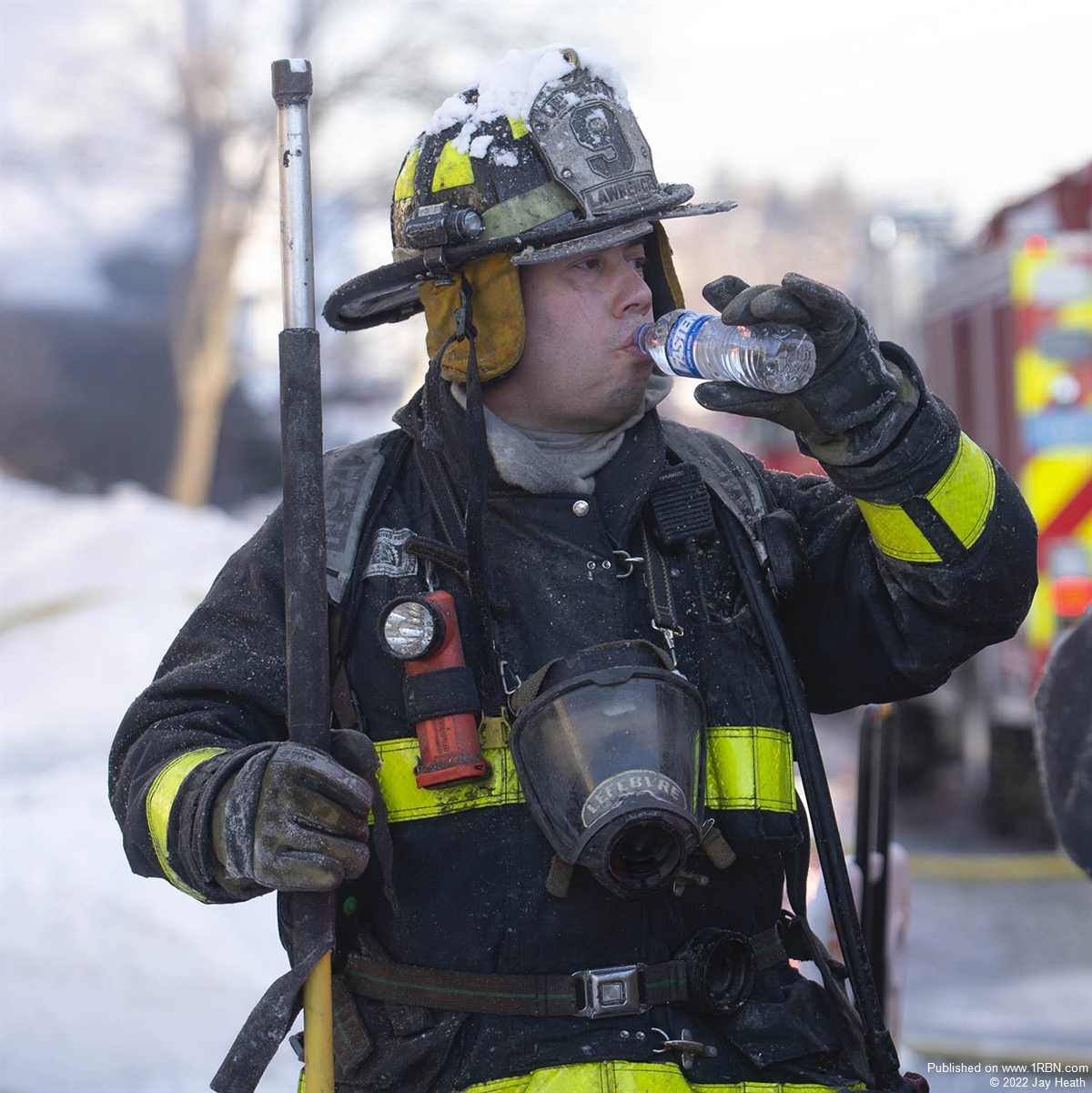 Photo by Jay Heath A Lawrence Lieut takes a break during the two alarm fire in North Andover on January 31st.

NORTH ANDOVER, MA - An early-morning fire displaced a family and their pets as firefighters battled bitter cold temperatures, ice and snow early Monday morning, January 31st. The call came in a little after 6:30 A.M. for an electrical fire in a residence on Marblehead Street.

First due firefighters found fire in the first floor ceiling of a balloon frame house. The fire spread up interior walls to the attic as crews made an aggressive interior attack to control the flames. One of the first lieutenants to arrive fell through a floor when entering the house, but wasn't injured and continued to battle the fire, said Fire Chief John Weir.

"Because of the rapidly advancing fire, and because of the freezing temperatures inside and outside, a second alarm was struck," said Chief Weir.

Mutual Aid from Lawrence, Andover, Methuen, Middleton and Haverhill Fire Departments responded to the fire and to cover the North Andover stations. The family of four with multiple pets living in the house were all able to escape and received assistance from the Red Cross. The fire burned through the roof, but crews were able to limit its impact to the front of the building.