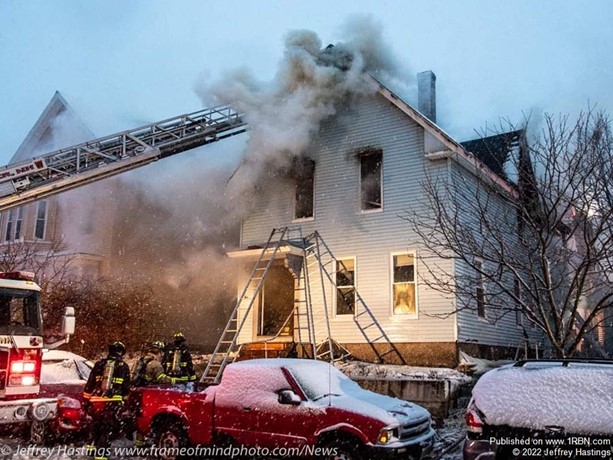 Photo by Jeffrey Hastings Three Alarms were struck for this fire in a large apartment building on the city's west side on January 17. 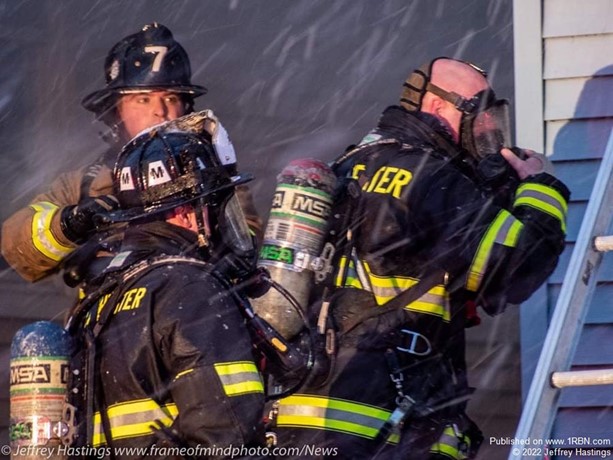 Photo by Jeffrey Hastings City firefighters battled blizzard like conditions during the fire. 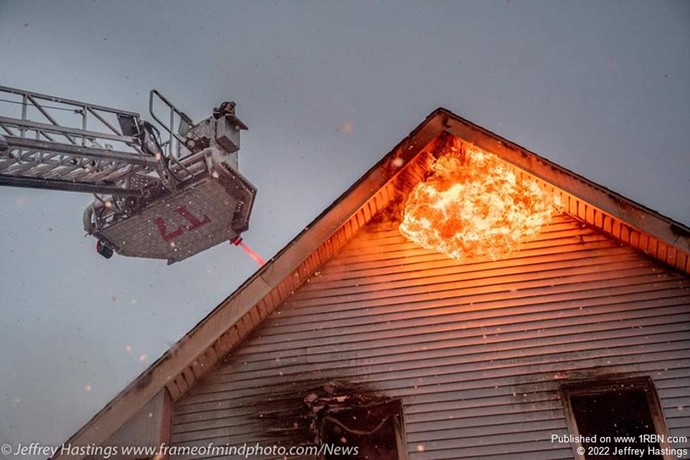 Photo by Jeffrey Hastings Heavy fire in the attic as firefighters battle the 3 Alarm fire.

MANCHESTER, NH - City firefighters were challenged with blizzard conditions during a three-alarm fire early Monday morning, January 17th. The Box was transmitted around 6:30 A.M. with a report of a building fire with residents refusing to leave apartments as they were trying to rescue their pets.

First due companies found heavy fire coming from the second floor and fire threatening two adjacent multi-unit buildings on the city's west side. Engine 6 reported trapped residents on the first floor with heavy fire showing and transmitted the second-alarm. Firefighters immediately began to rescue people from the fire building and evacuate the adjacent buildings.

High winds fanned flames to the extent that all personnel were ordered out of the building and began to set up defensive tactics to fight the fire. A third-alarm was struck at 7:05 A.M. as crews were hampered by wind, snow and cold temperatures.

Firefighters rescued four pets that were in the burning building and brought them to the residents waiting in the Holy Family Academy's gymnasium. Three residents were brought to CMC Hospital for smoke exposure. A total of seven residents were displaced by the blaze and the Red Cross was called in to assist them. The building's second floor and attic were a total loss, and at this time the fire is classified accidental and under investigation.