Two-Car Garage in Mastic Beach Goes Up in Flames 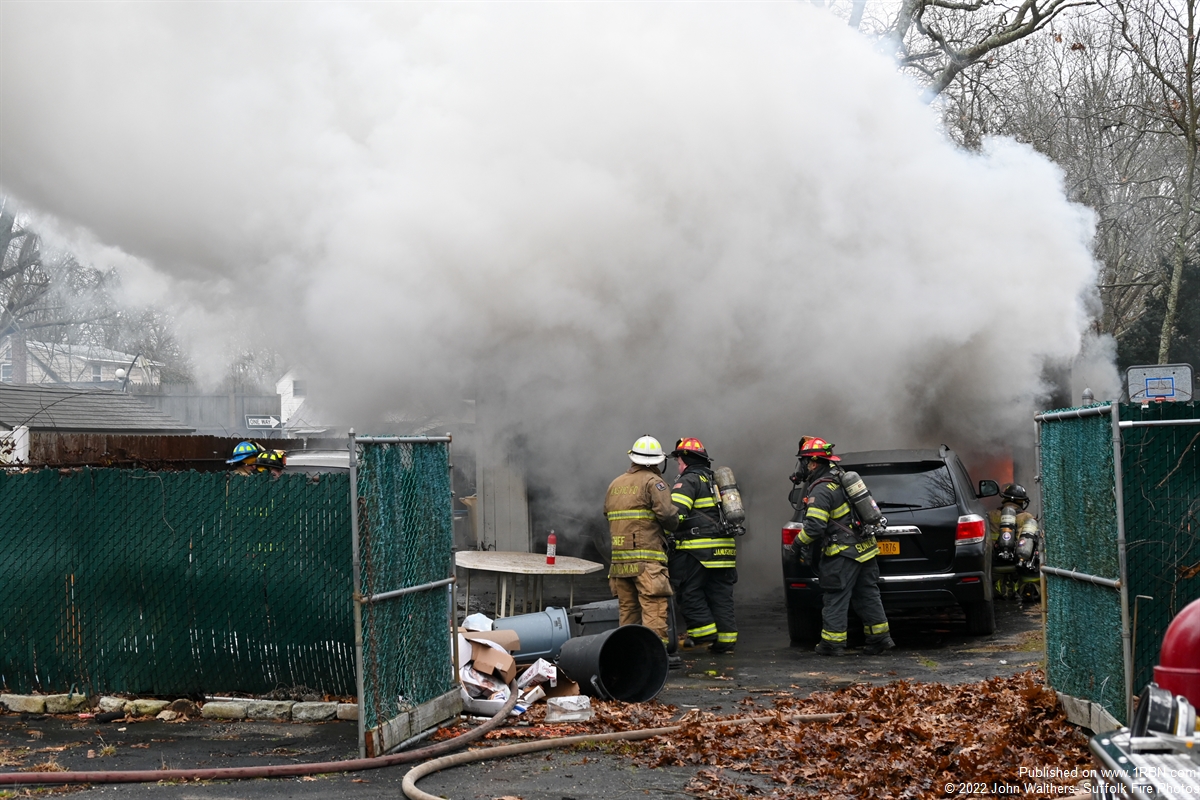 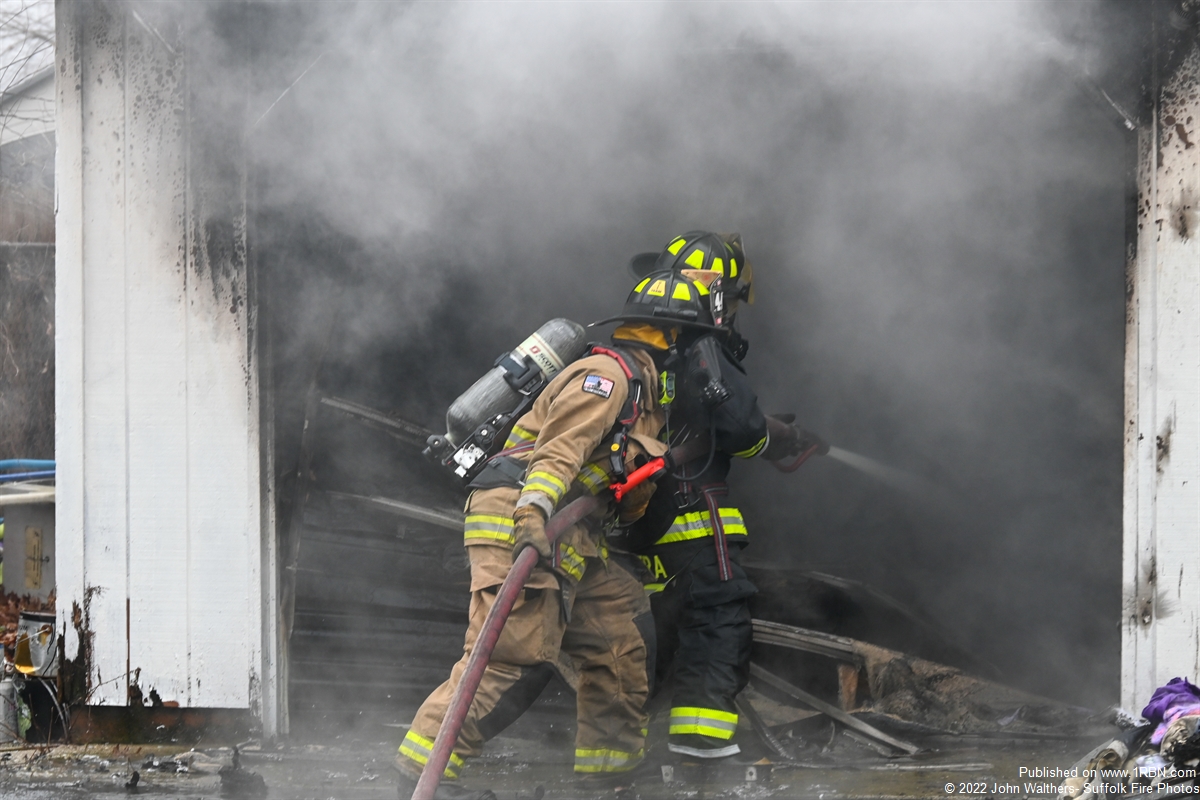 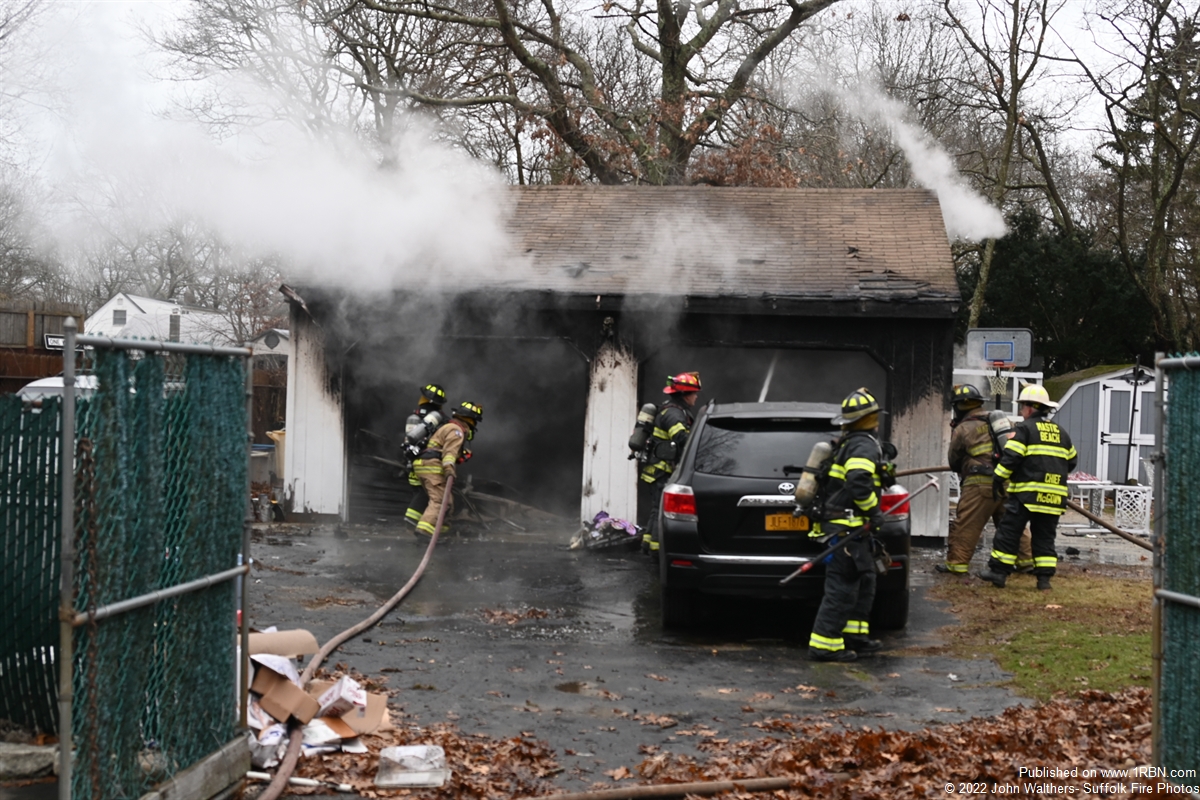 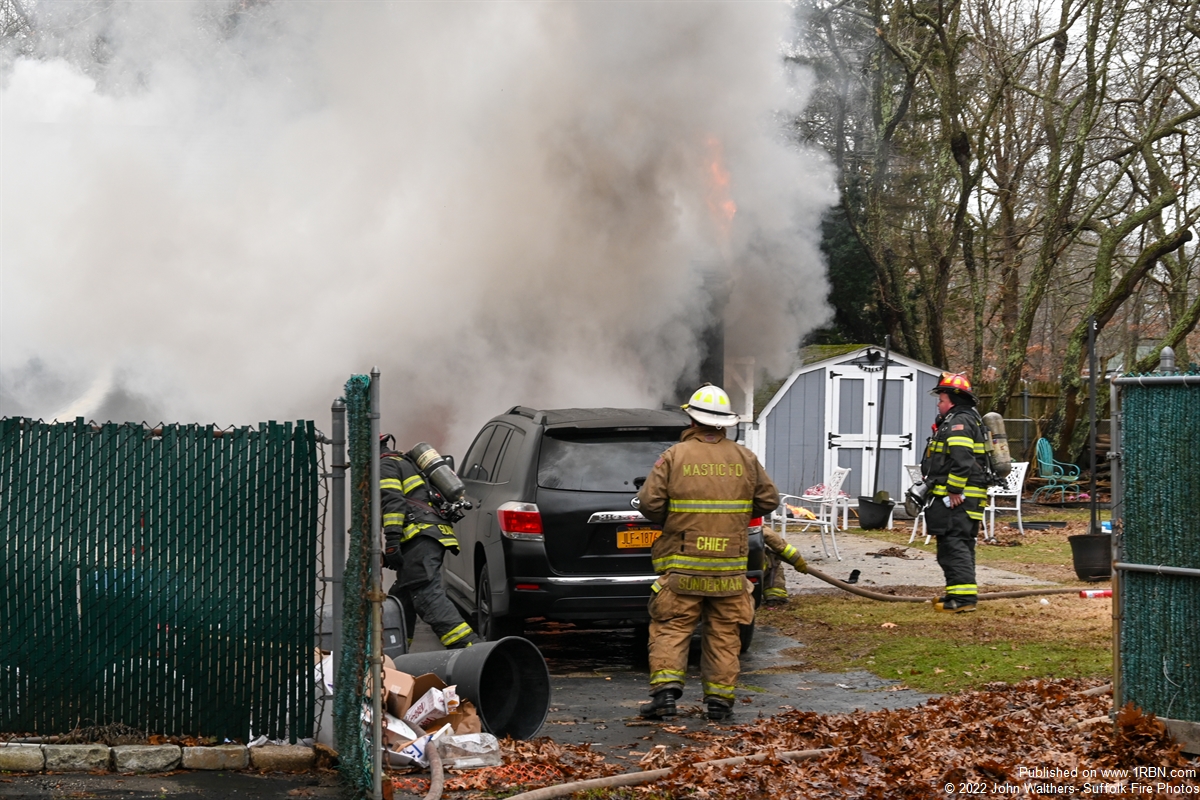 Photo by John Walthers- Suffolk Fire PhotosChief Sunderman directing his members at the scene of this garage fire recently . 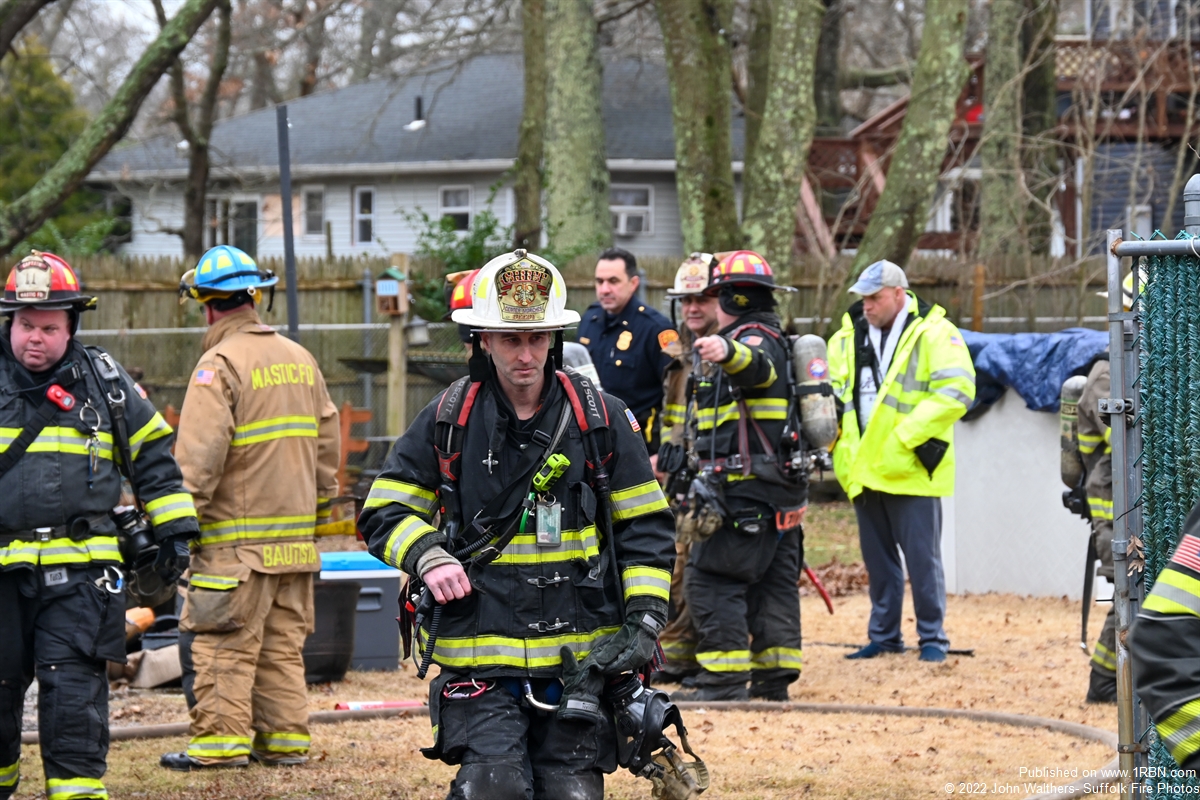 MASTIC BEACH, NY - On Monday, January 17th, the Suffolk County Emergency Dispatch Center received calls just before noon for a reported structure fire on Woodcut Dr., between Wavecrest Dr. and Pineway Ave. The Mastic FD and Mastic Ambulance Company were both dispatched to respond to the scene. The Suffolk Fire Rescue dispatcher advised that they were getting multiple calls for a reported garage fire.

On arrival, Chief of Department Rudy Sunderman advised that he had a two-car detached garage involved with exposure issues. Engine 5-12-1 arrived on scene as the first due engine and the crew quickly stretched multiple hand lines to be placed into operation. The second due engine secured the water supply from the hydrant.

Mutual aid was also activated from Mastic Beach, Brookhaven, Center Moriches and East Moriches to the scene of the fire to assist. A quick attack was made to knock down the fire. It was reported that several cars in the driveway were also damaged during the fire.