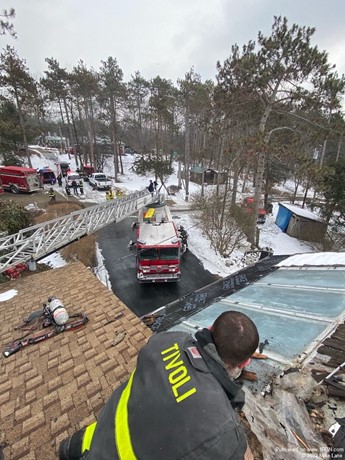 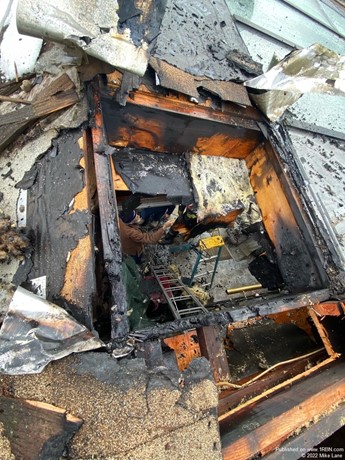 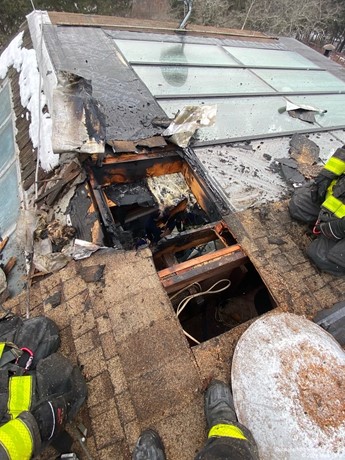 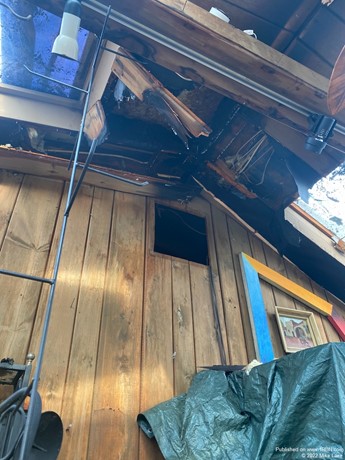 RED HOOK, NY - On Friday, January 28th at 11:47 A.M., the Red Hook Fire Company, and by mutual aid agreement, the Tivoli Fire Department, were dispatched to a structure fire on Rock City Road in Red Hook.

The first arriving units got on scene within minutes of dispatch and confirmed a structure fire involving the roof of an addition to the main building. A second-alarm was called, bringing additional equipment, manpower and water supply from Milan and Rhinebeck. Germantown FD went on standby at the Tivoli firehouse and Rhinecliff FD went on standby in Rhineneck's firehouse.

Quick action and fast water on the seat of the fire prevented it from entering the main part of the residence. A bulk of the fire was knocked down in about 15 minutes, and overall operations including checking for fire extension lasted about one hour.

Northern Dutchess Paramedics provided an ambulance to stand by on scene. Roughly 25 firefighters from the four responding agencies worked at the scene. There were no injuries to occupants of the residence or firefighters.

The cause of the fire was from a chimney fire that extended into the attic.