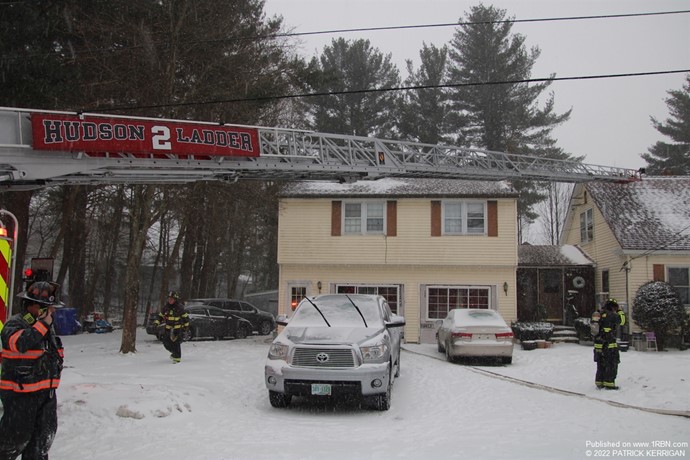 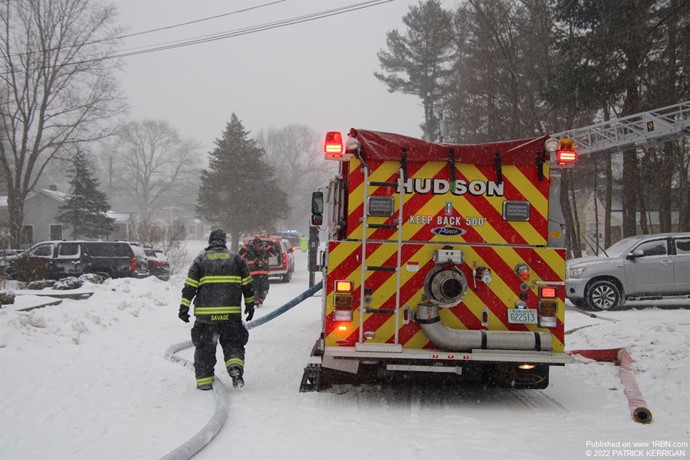 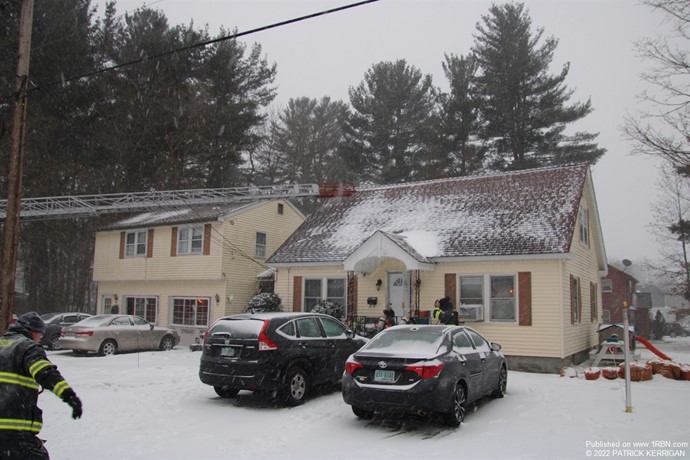 HUDSON, NH - Hudson Fire Alarm received multiple calls for a house fire on 2nd St. in the middle of a Nor'easter on January 29th. The shift commander arrived on scene with smoke showing from a two-story duplex. A basement fire was found and companies stretched multiple handlines to knock down the fire. Mutual aid from Nashua and Londonderry arrived on scene and assisted in knocking down the fire while other mutual aid companies covered the stations. Companies had the fire knocked down in a short amount of time.