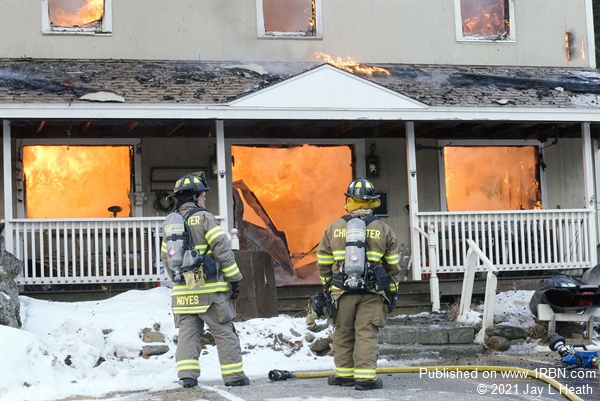 Photo by Jay L Heath The building was fully involved on arrival and is a total loss. 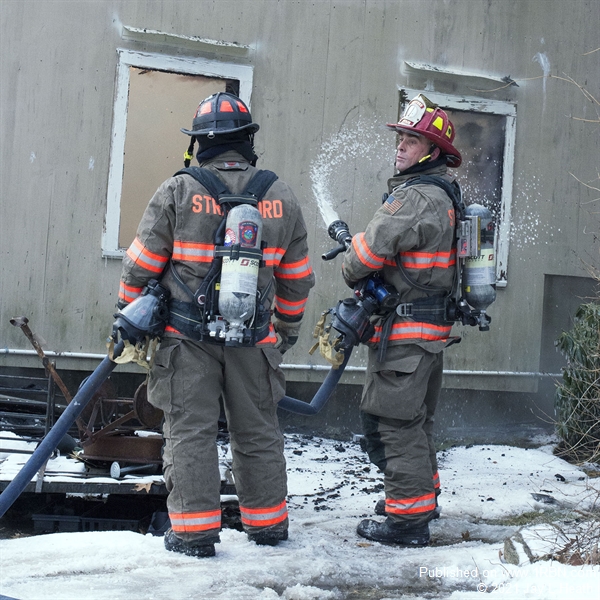 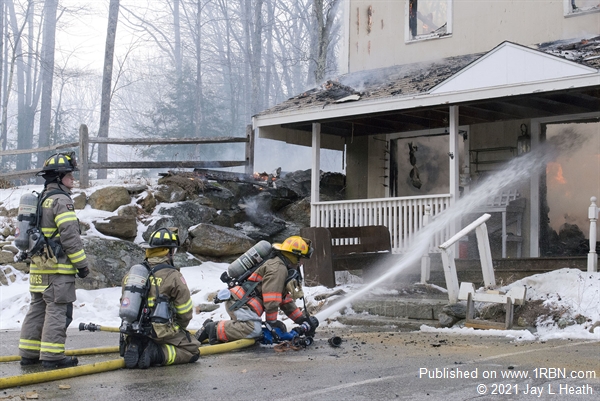 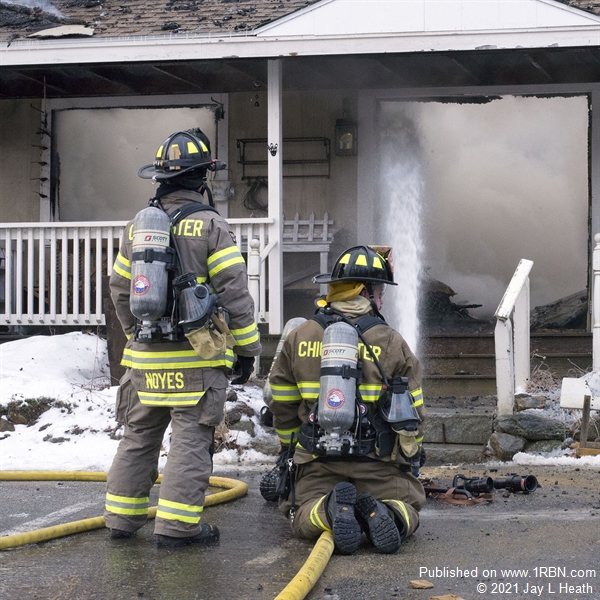 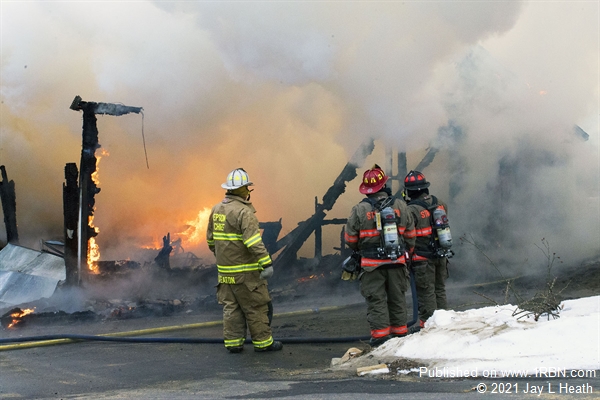 Photo by Jay L Heath Firefighters work in the rear of the building, as most of it had collapsed. 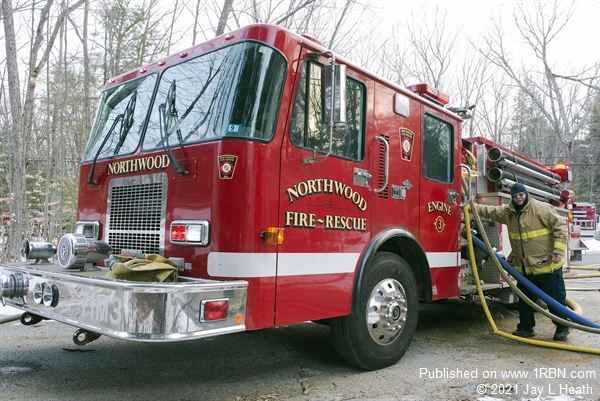 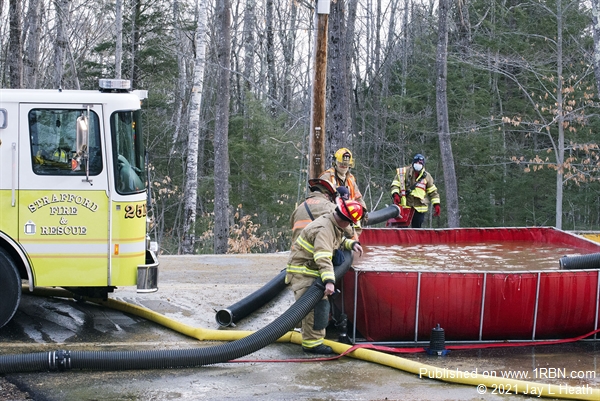 Photo by Jay L Heath A Tanker shuttle was set up for water supply,

Deerfield, NH - A gift store in Deerfield was destroyed by fire on Friday, January 29th.

Firefighters were dispatched to the "Countryberries" gift store on North Road around 7:17 A.M. and a second-alarm was transmitted, bringing in mutual aid tankers, as the building was found to be well involved on arrival.

A tanker shuttle had to be set up to supply water into the scene as firefighters battled frigid temperatures of 4-degrees, with the wind chill below zero. The store owners live at a home adjacent to the store and were evaluated at the scene and not injured.

The gift store was a total loss and the cause of the fire is under investigation.