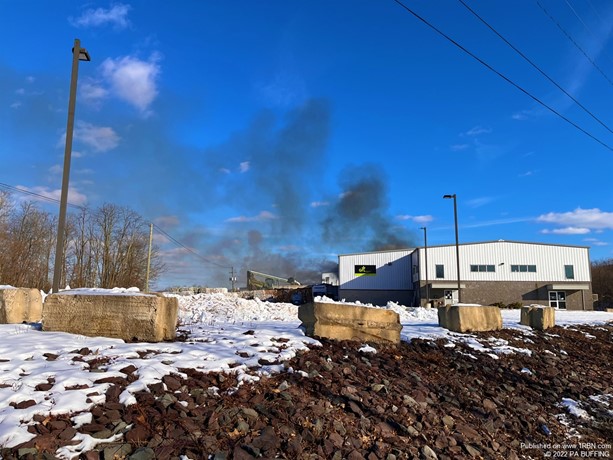 Around 2pm 1/30/22 Hanover twp Luzerne county the Hanover twp structure fire box was dispatched to a reported recycling/garbage building on fire with sounds of explosions and multiple calls on it. While enroute heavy smoke was seen from a few miles away. Hanover twp fire called for the second alarm box and for the Luzerne County tanker task force to also be added to the incident. Fire fighters from all around battled an inferno for many hours in very cold temperatures and had water supply issuses. It took crews hours to get a good soak on everything. While battling the blaze they had heavy machines come in and help break up the piles of recycling and garbage to help soak everything. The building is a total loss and will need to be knocked down. At this time there is no word on what caused this major fire incident in Luzerne County.