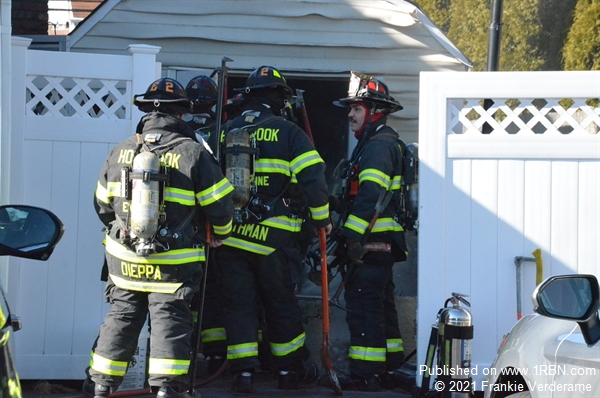 Photo by Frankie VerderameHolbrook Crew members on scene of a reported garage fire. 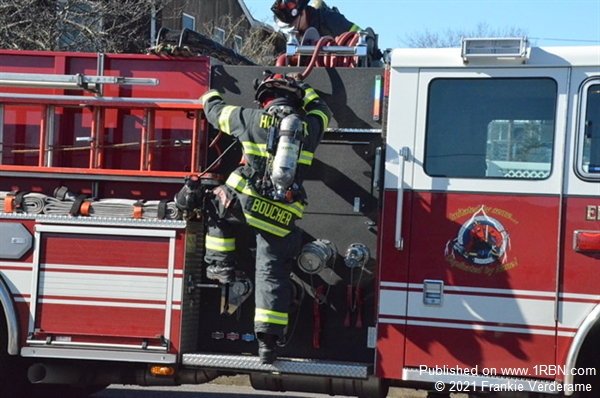 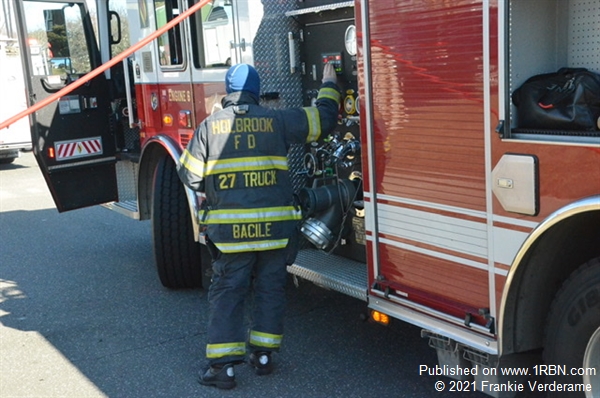 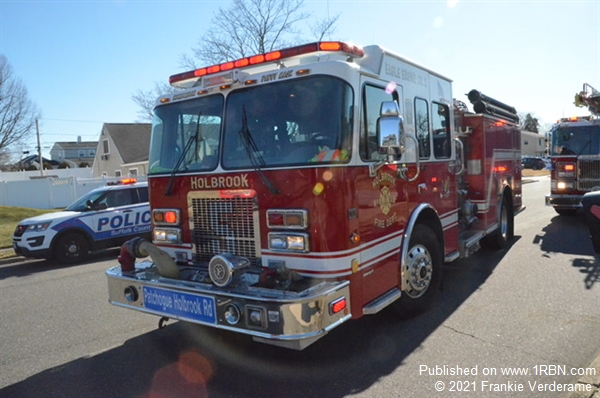 Upon arrival of Chief Monthi, 3-15-31 told all incoming units that he’s got a light smoke condition and requested the booster line, hooks, and fans.

Holbrook crew members checked for any extension to the detached garage and found nothing. The cause of the fire may have been an electrical problem. All units we’re on scene for about 20-25 minutes after the initial 911 call.