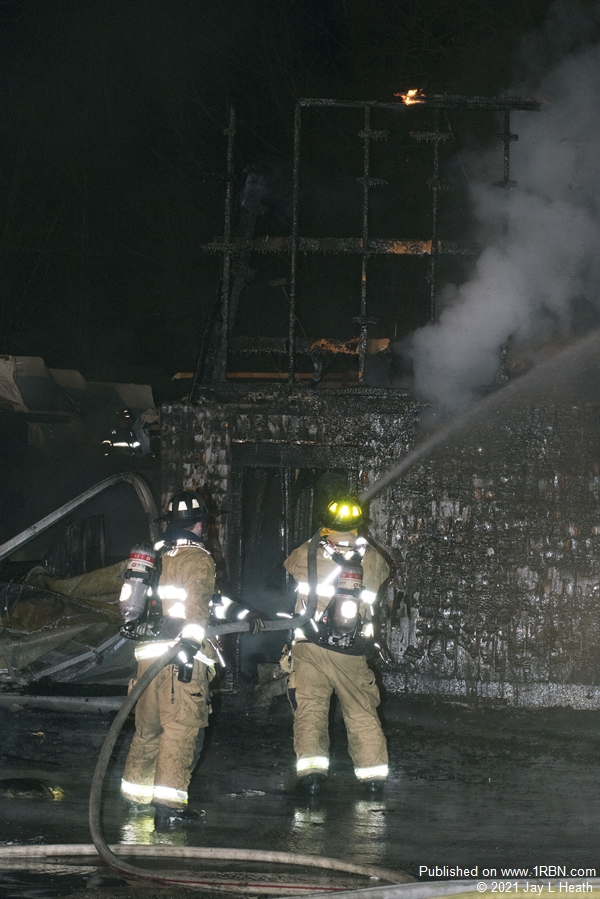 Photo by Jay L Heath Firefighters wet down the remains of a storage building at the Meredith Marina. 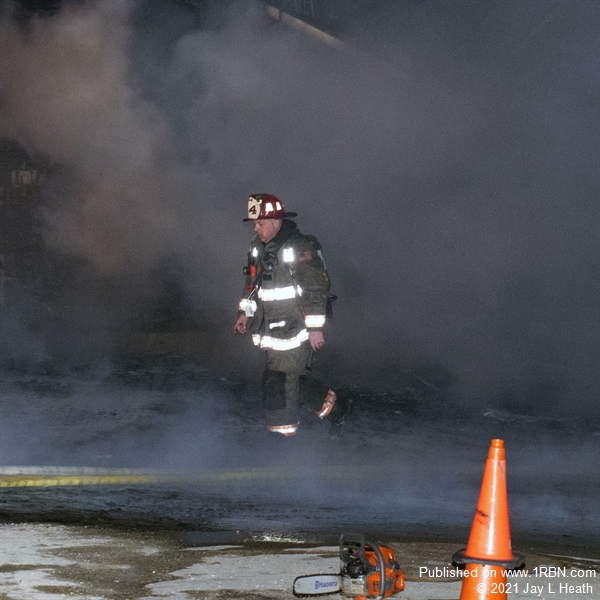 Photo by Jay L Heath A Meredith firefighter walks through the thick smoke at the Meredith Marina.

Meredith, NH - A fire destroyed a building and several boats at the Meredith Marina on Bay Shore Road, January 28th. The fire was reported at 1644 hours and a second-alarm was transmitted for the fully involved building, located on the western shore of Meredith Bay. The steel building was used to service boats, which was unoccupied at the time of the fire. It was declared a total loss according to Meredith Fire Chief Ken Jones. Because the building had not yet collapsed on its own, Chief Jones requested that an excavator be brought in to knock it down. Although wind and frigid temperatures were factors as firefighters began an external attack, Jones said they were able to draw water from two hydrants near the marina. The fire is under investigation by the NH State Fire Marshal's Office.