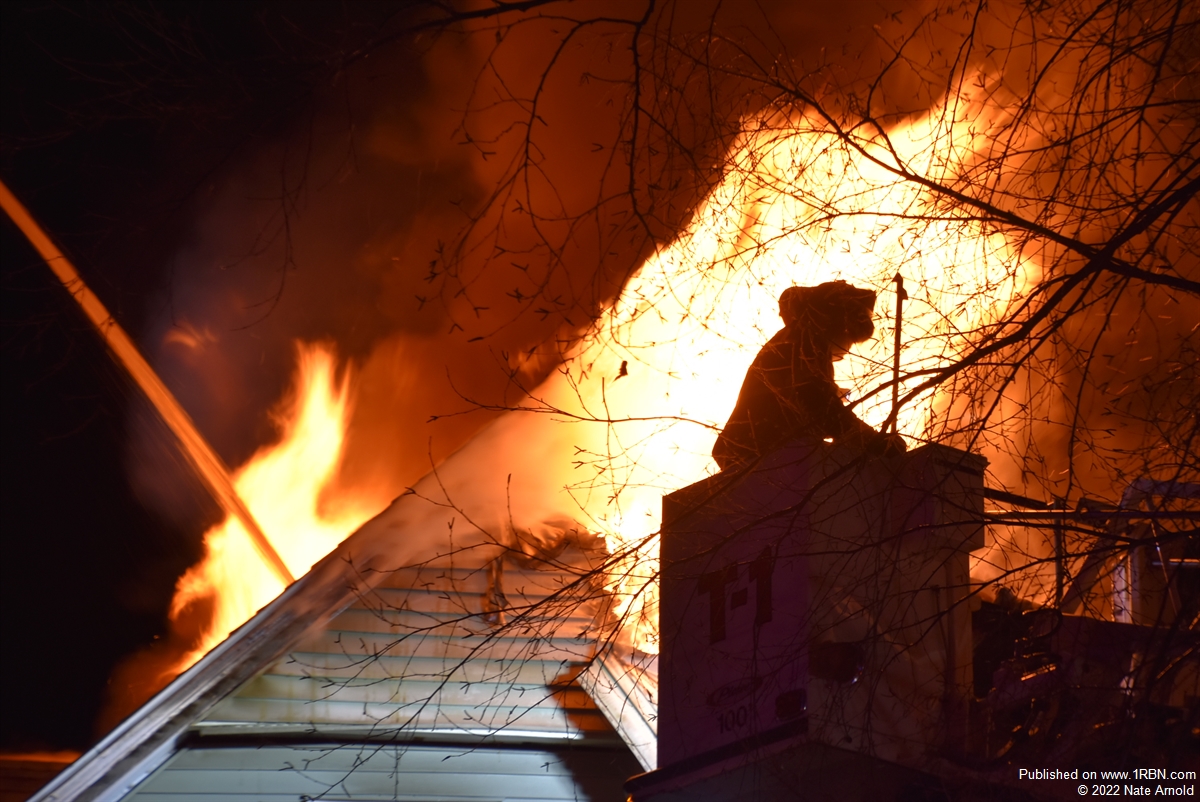 Photo by Nate Arnold Truck Co. 1 waits for water as heavy fire vents from the gable end of the roof on the A side. 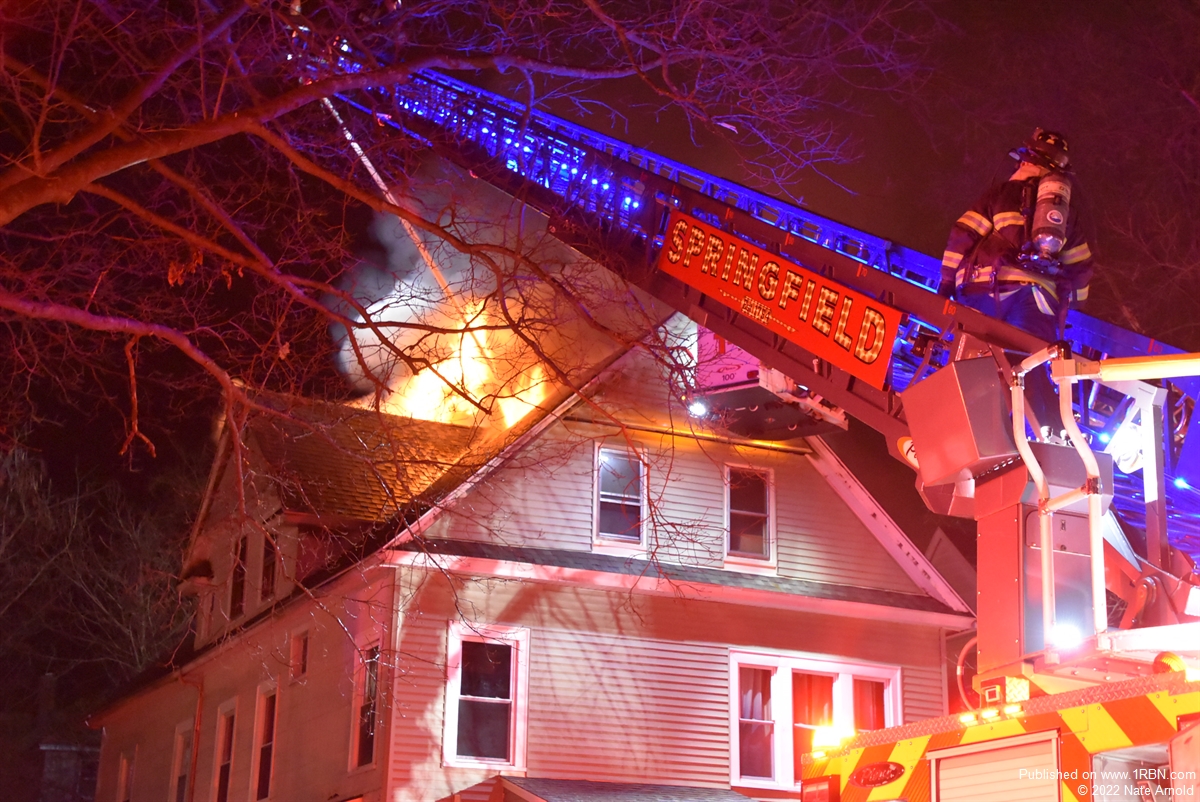 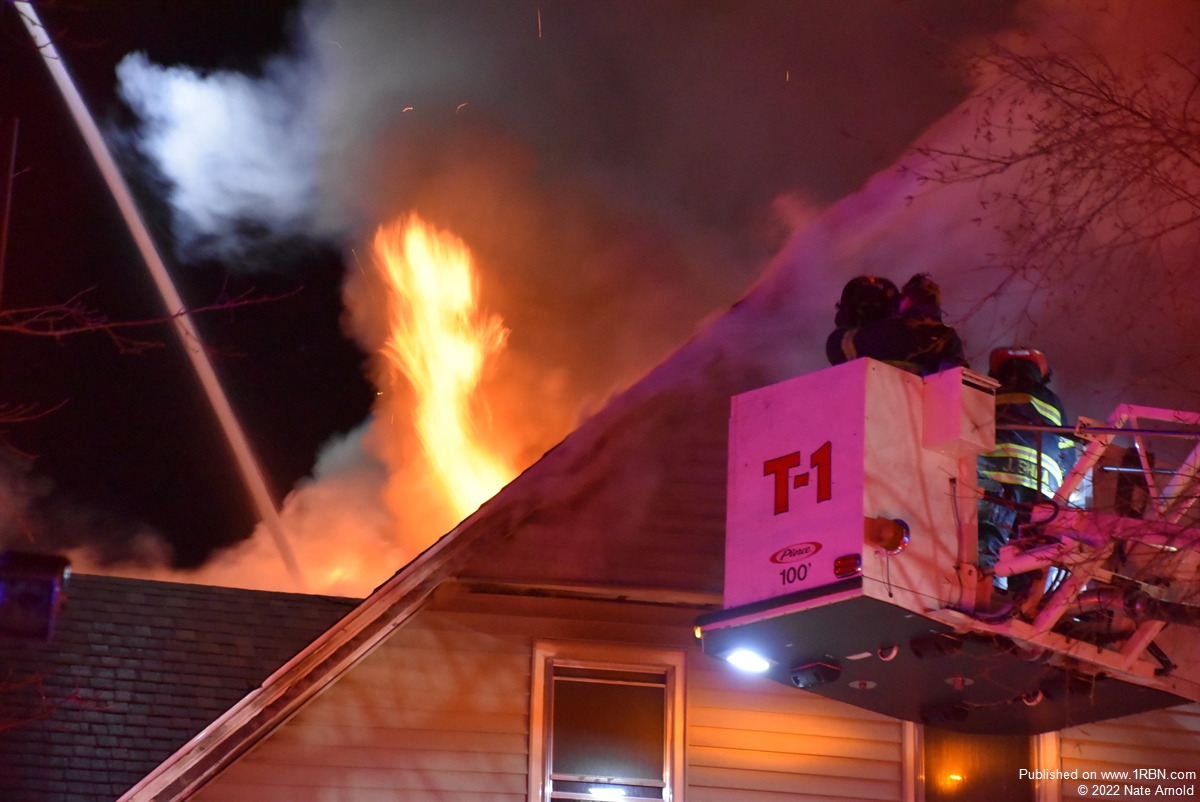 Springfield Fire Alarm alerted companies to the reported porch fire at 115 Westford Ave. at 9:30 P.M. Companies from the Eastern Ave. firehouse several blocks away arrived on scene within four minutes of dispatch to find that the fire had already extended from the exterior porch on the 'Delta' side of the dwelling into the attic.

While crews began to mount an interior attack, a major problem was discovered outside the building. When the closest hydrant was opened, no water came out. Members hustled down to the next hydrant only to find the same result. After finding at least two more inoperable hydrants, Westford Ave. command requested additional engines to the scene to begin a relay pumping operation.

Crews inside were forced to abandon their interior attack due to the water supply issue, and literally had to wait for water to restart the fire attack. By the time the relay was set up, the fire had taken possession of the attic. Companies on scene were left with no other option than to open up with ladder pipes and darken down the visible fire before re-entering the building to chase hot spots and overhaul.

After a brief investigation, the Arson Squad was able to determine the cause of the fire to be from a resident carelessly disposing smoking materials on the open air porch. No injuries were reported and the displaced residents were assisted by the American Red Cross.