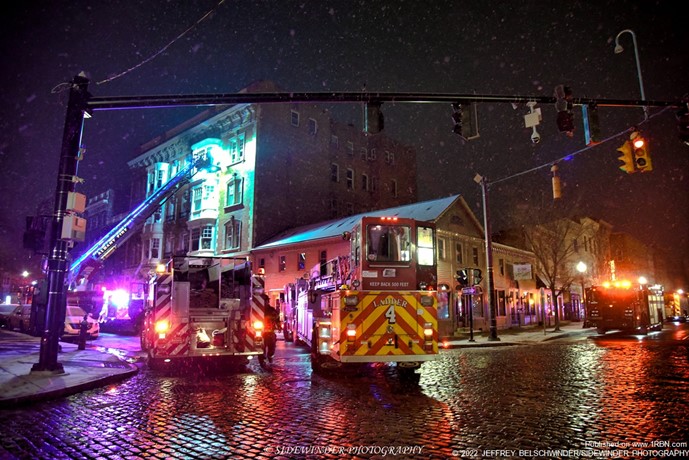 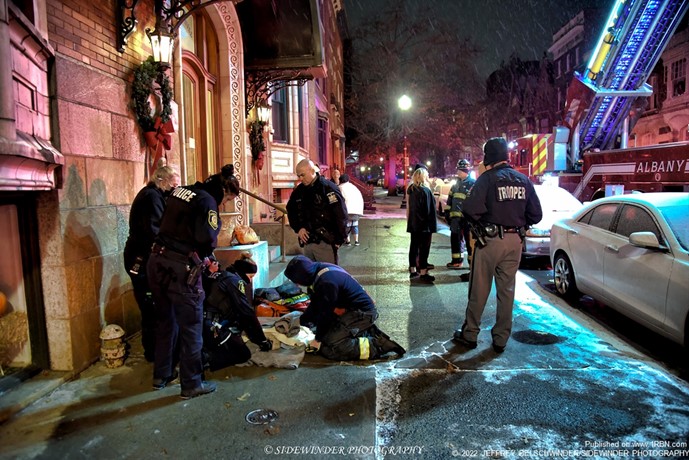 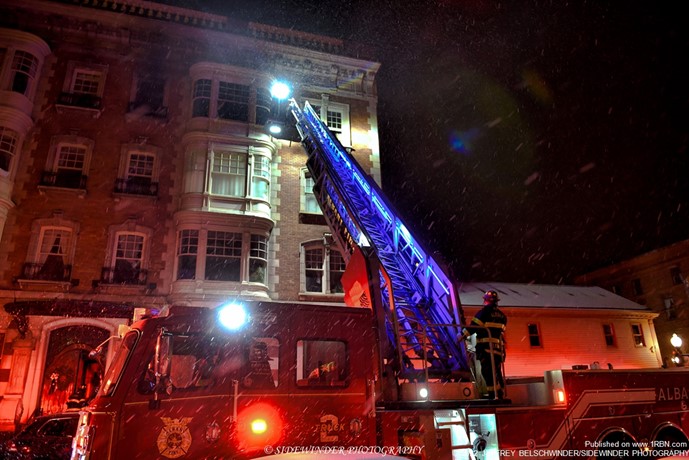 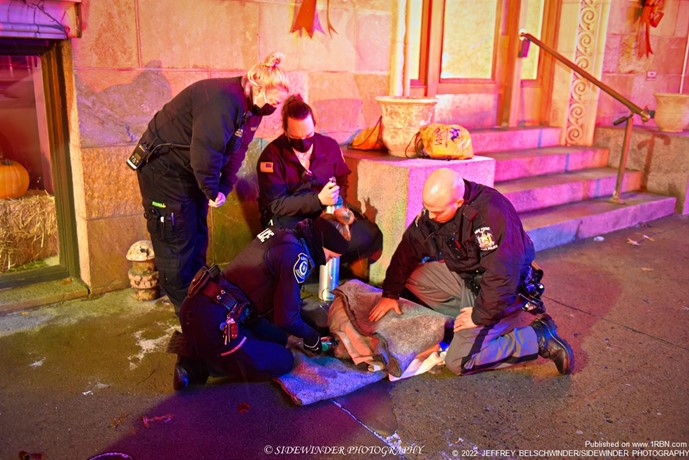 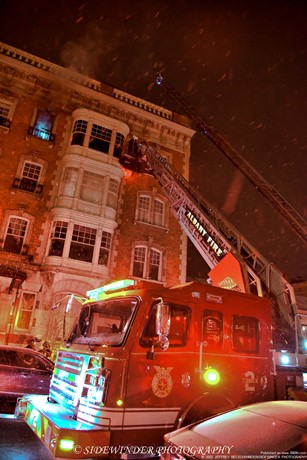 ALBANY, NY - On the morning of January 7th at 2:07 A.M., the city of Albany's Fire Department was dispatched for a reported structure fire at 355 State Street. Engines 1, 2 and 7, along with Rescue 1, the rescue squad, Truck 4 and Battalion 1’s chief responded to the scene.

The police department arrived on scene first and notified the dispatcher that they had fire showing and were attempting to evacuate the building. Rescue 1 arrived and immediately declared the Signal 30 for a working fire, with fire and heavy smoke showing from the fourth-floor windows. Firefighters got reports of a person still on the fire floor.

Engine 1's firefighter hopped from the engine, wrapped the hydrant on Willis Street, and gave the signal to the driver to begin laying into the scene. The next due truck company came down Lark Street and took the front of the building. The next arriving engine company made the connection on the hydrant on Lark Street and stretched a supply line to the arriving ladder company.

Engine 1's officer who was command on scene had a four-story brownstone building with fire showing from the fourth-floor balcony and smoke pushing from the windows. The officer advised that the building was being evacuated. The battalion chief, trusting his firefighter's years of experience, notified the on-scene officer that if they had a significant fire load inside of the building to transmit the second-alarm if needed.

Crews grabbed a two-and-a-half inch hand line and multiple high-rise packs, and after making their way to the fire floor, notified command that they had a heavy smoke condition throughout the fourth-floor and fire in apartment 4E.

Truck 3's crew began to make a primary search of the fourth-floor and all of the apartments. Command was notified that they had a victim with smoke inhalation who was able to escape the building on Lark Street. Command requested Mohawk Ambulance and an advanced life support engine to the scene.

Firefighters made their way to the seat of the fire as smoke banked down on them. After popping the door to the fire apartment, crews had thick black smoke pushing into the hallway and heavy fire throughout the apartment. Firefighters from the truck company made entry with a hand line through the fourth-floor window from the bucket to assist the crews. Engine 5 and Rescue 9 were requested to the scene for their FAST team, and Engine 10 was requested as another advanced life support unit.

Command confirmed that everyone was out of the building, but then notified firefighters that there was a blind dog still in one of the apartments. Firefighters were able to quickly locate him and brought him outside where members of the Mohawk Ambulance Service immediately sprang into action, placing a pet rescue breather on the dog to give it oxygen. Two NYS troopers, three Albany police officers and one firefighter also began to work on the dog.

Crews on the fire floor began to make an aggressive push into the fire apartment to drive the heavy fire condition back, and were able to knock it down quickly using a two-and-a-half inch hand line.

Mohawk Ambulance Service was able to stabilize the victim from the fire and transported them to Albany Medical Center in stable condition. The additional truck company on scene secured all of the utilities to the building, and Command requested animal control to the scene for "Buster", the blind dog rescued from the fire floor. Thanks to the dedicated members of Mohawk Ambulance, Albany PD, NYS police and Albany FD continuing to work on the dog, it eventually started to come around and became more responsive. Animal control arrived on scene and took the dog to Latham emergency veterinary clinic for further treatment.

Fire Investigators from the city of Albany's investigation unit arrived on scene and began to conduct their investigation into the incident. The building sustained heavy water damage, along with heavy smoke damage on the fire floor and in the attic area. The American Red Cross was contacted for multiple people that were displaced due to the fire. The fire is currently under investigation.