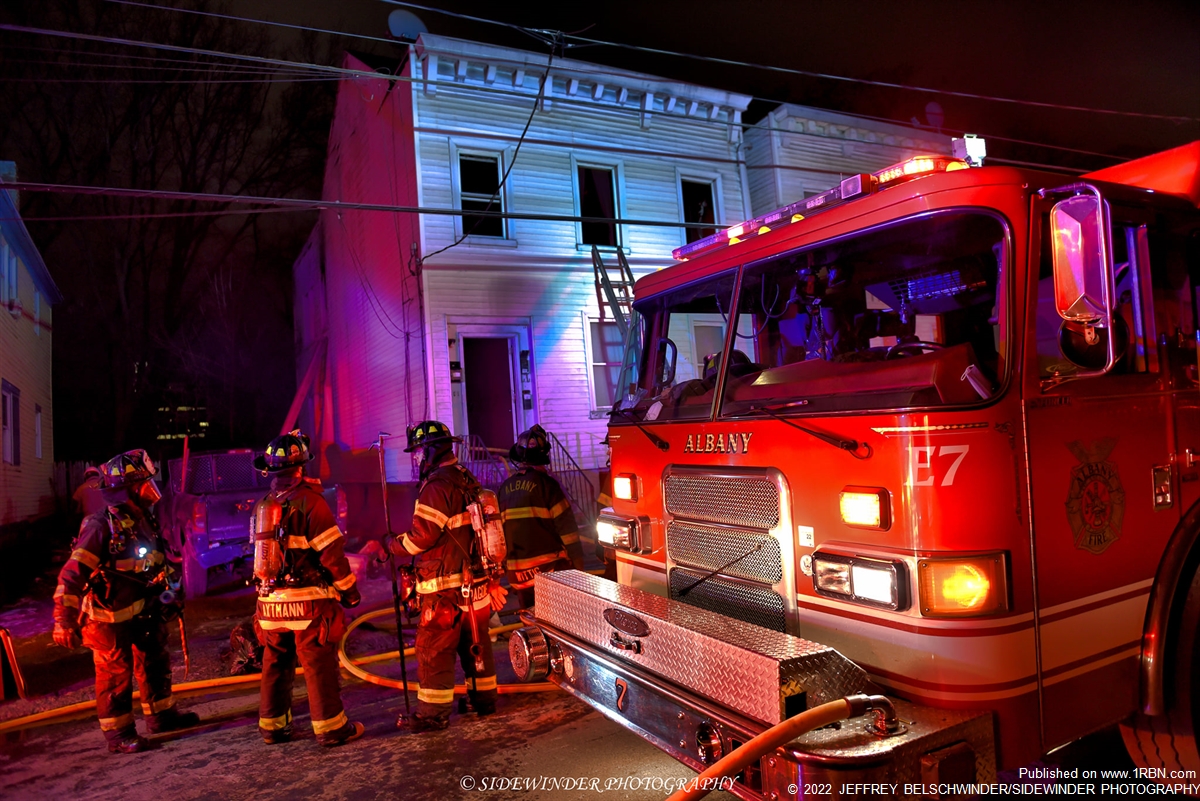 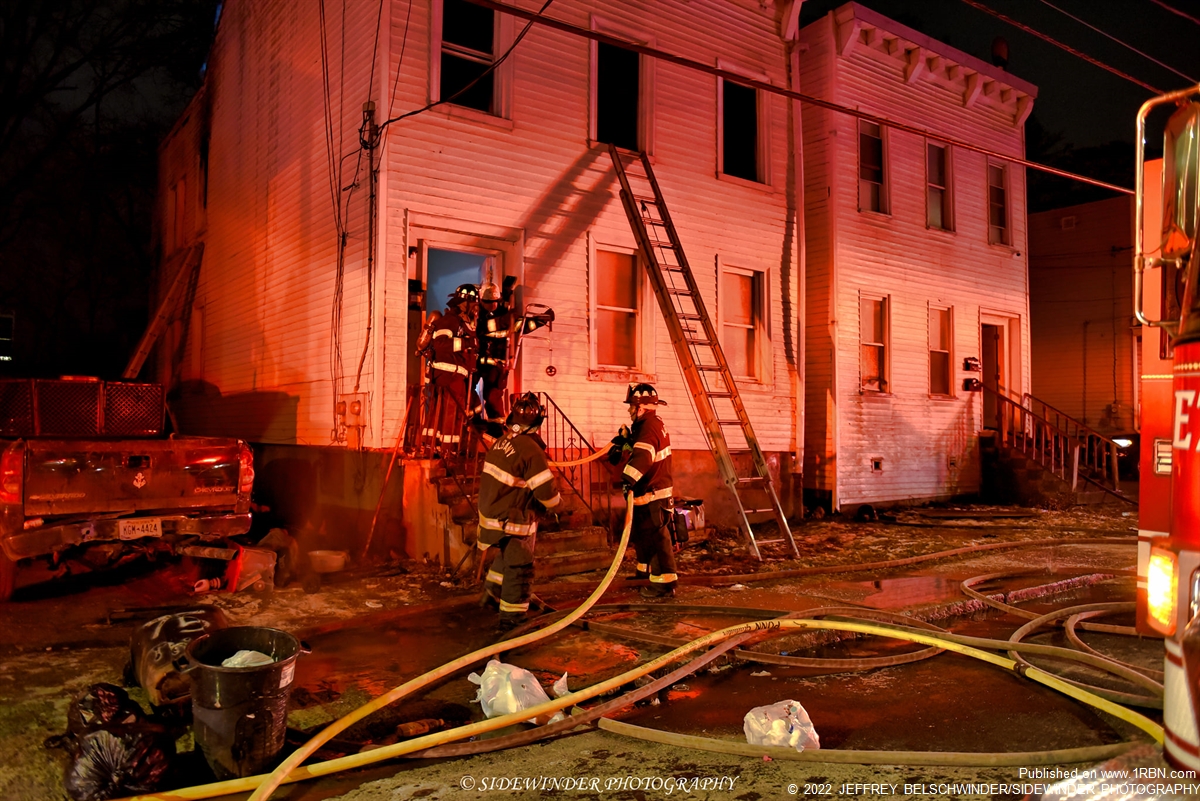 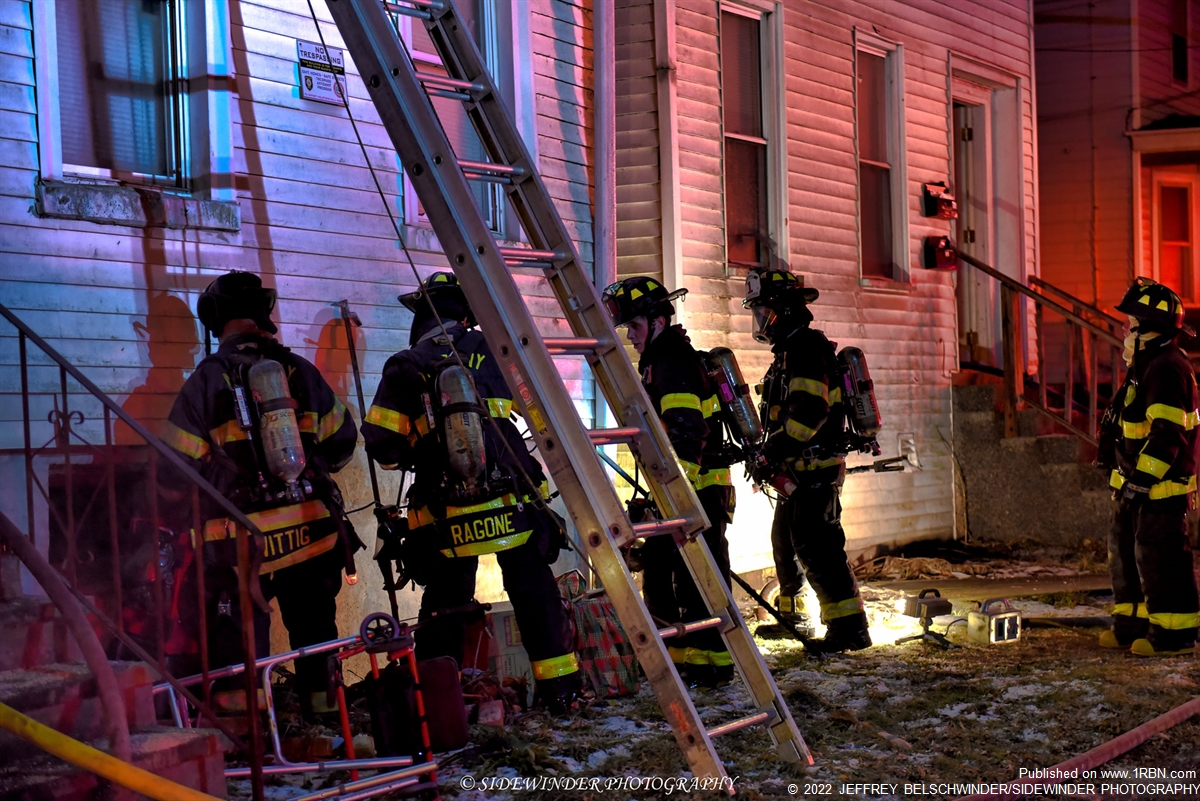 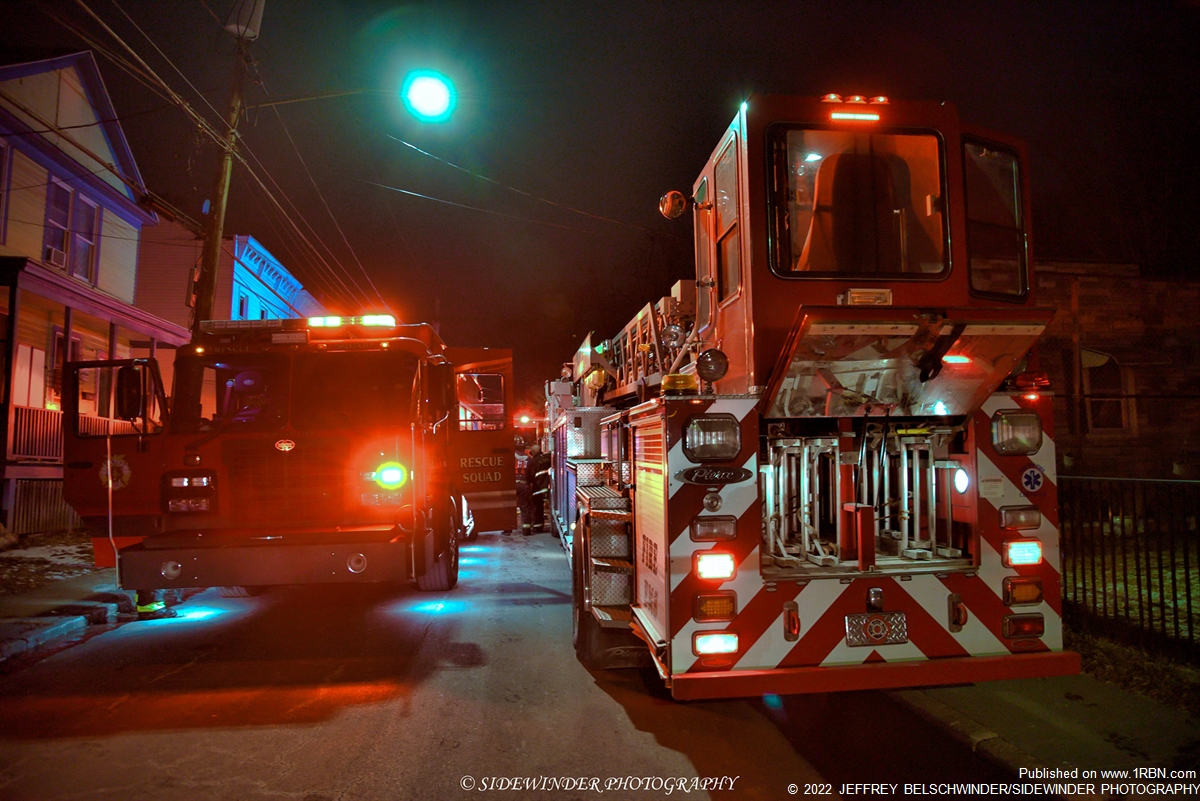 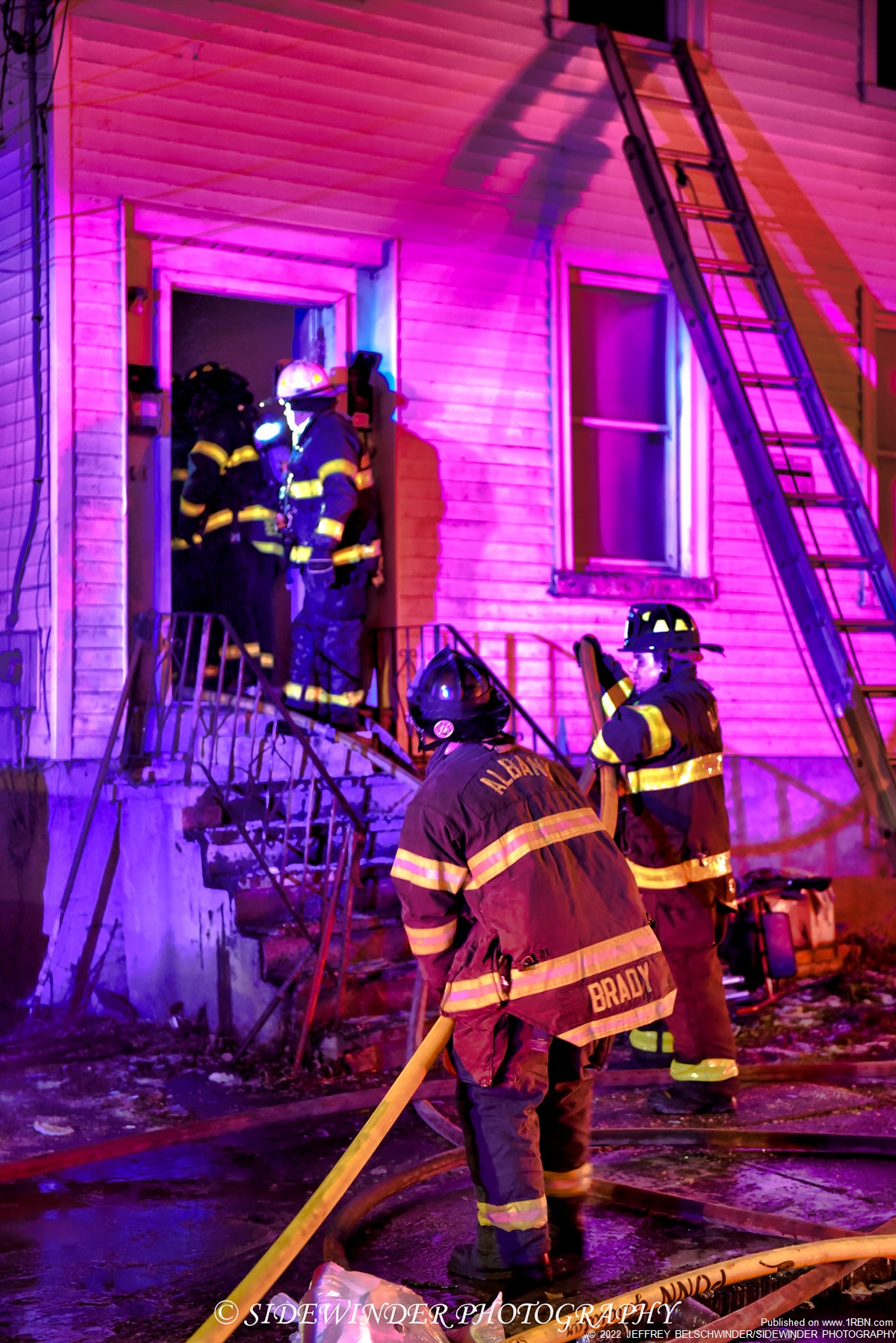 ALBANY, NY - At 8:15 P.M. on the bitter cold evening of January 16th, the city of Albany's FD was dispatched for a reported structure fire at 72 3rd Street. The caller reported a fire in the walls on the second floor. Rescue 2, along with Engines 2, 1, 5 and 7, Ladders 2 and 1, the rescue squad, and the battalion chief responded to the scene.

On arrival the rescue squad had a two-story balloon frame structure with fire pushing from the second-story window on the 'Delta' side and impinging upon the neighboring building. The commanding officer called the Signal 30 and requested the frequency to be dedicated to the fire grounds. Engine 1 grabbed the hydrant in the middle of the block and assisted with establishing a water supply for Engine 7.

Firefighters discovered a heavy smoke condition throughout the apartment on the second floor, and heavy fire pushing from one of the bedrooms. They quickly conducted a primary search of the building and confirmed that everyone was out. As firefighters started to make an aggressive push into the fire room, the pump operator notified interior crews that he had a mechanical malfunction and they were down to a quarter tank of water. Command immediately requested a master mechanic to the scene, and several fire investigators called while en route.

As firefighters worked, a significant amount of ice began to build up in the front of the building on the stairs and sidewalk. Command requested an additional engine to the scene to assist with overhauling the building as the sub-zero temperatures were causing water to instantly freeze to firefighters' turnout gear, making it very heavy and fatiguing to the firefighters. Due to the extremely cold conditions, the Capital District Transportation Authority brought a large warming bus to the scene to help firefighters stay warm.

Within 20 minutes the fire was deemed under control in both structures. Firefighters conducted extensive overhaul on the second floor of the building and roof area. The Red Cross was contacted for individuals from the fire building. Fire investigation units arrived on scene and began to conduct an investigation into what caused the fire. The building sustained heavy fire and water damage. No injuries were reported on scene.