Police Officer Injured While Responding to MVA in Fall River 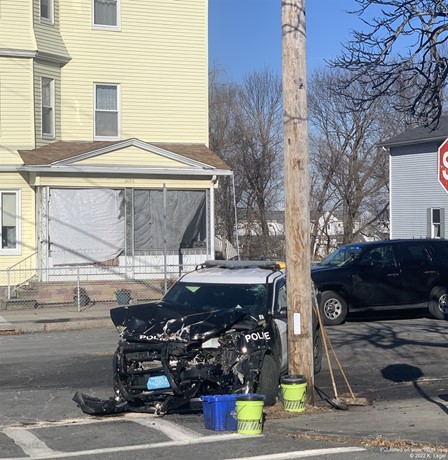 FALL RIVER, MA - Shortly after 9:00 A.M. on January 27th, Police, Fire and EMS units were responding to a medical call when a police officer was involved in a collision. The officer was responding in his sector car code 3 with lights and sirens when he was involved in a crash with a civilian vehicle. Multiple emergency personnel units responded to the scene along with three medical rescues. Several patients, including the officer, were transported to Rhode Island Hospital's Trauma unit with non-life-threatening injuries.