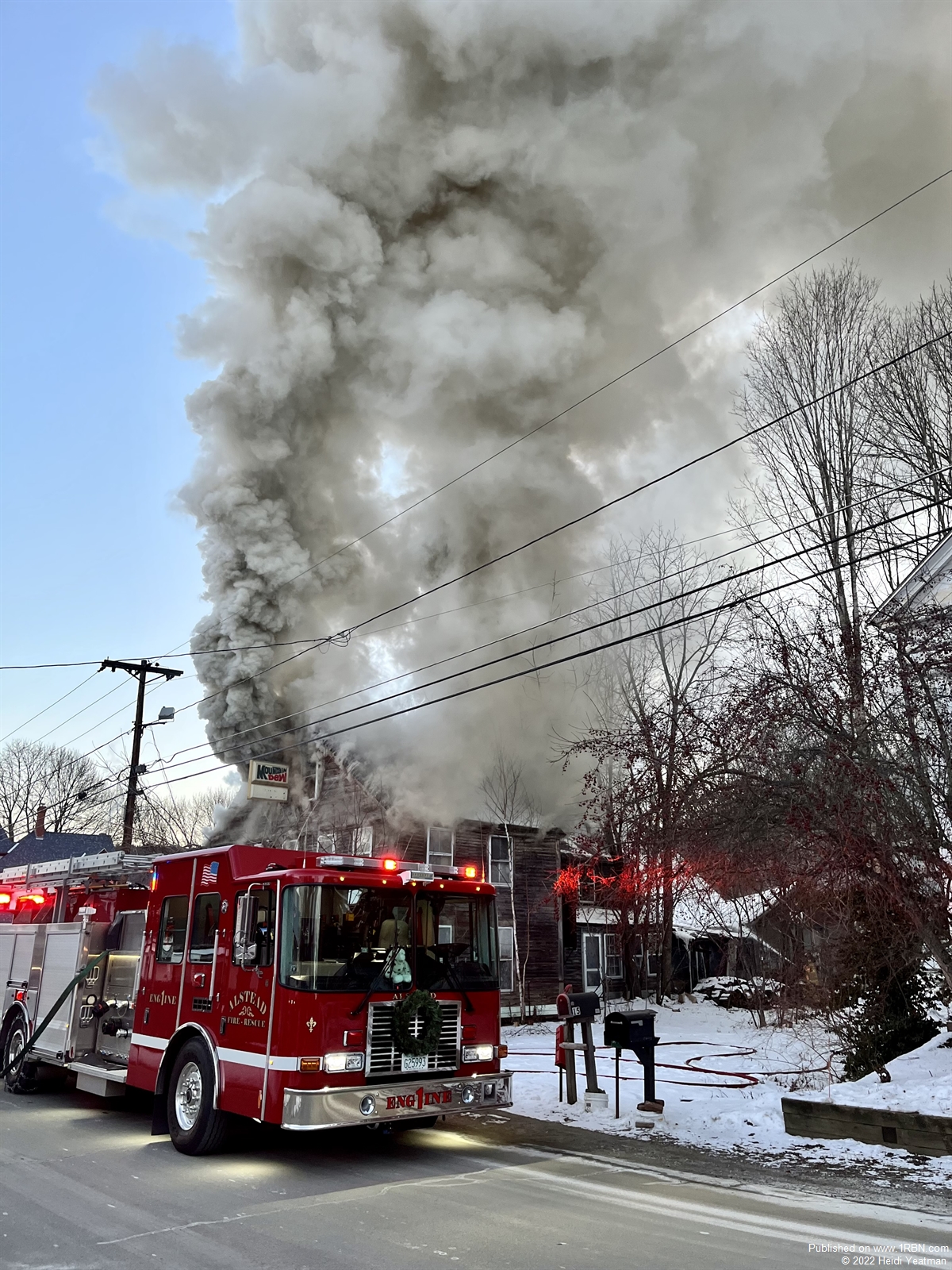 Photo by Heidi YeatmanFirst due engine on scene. 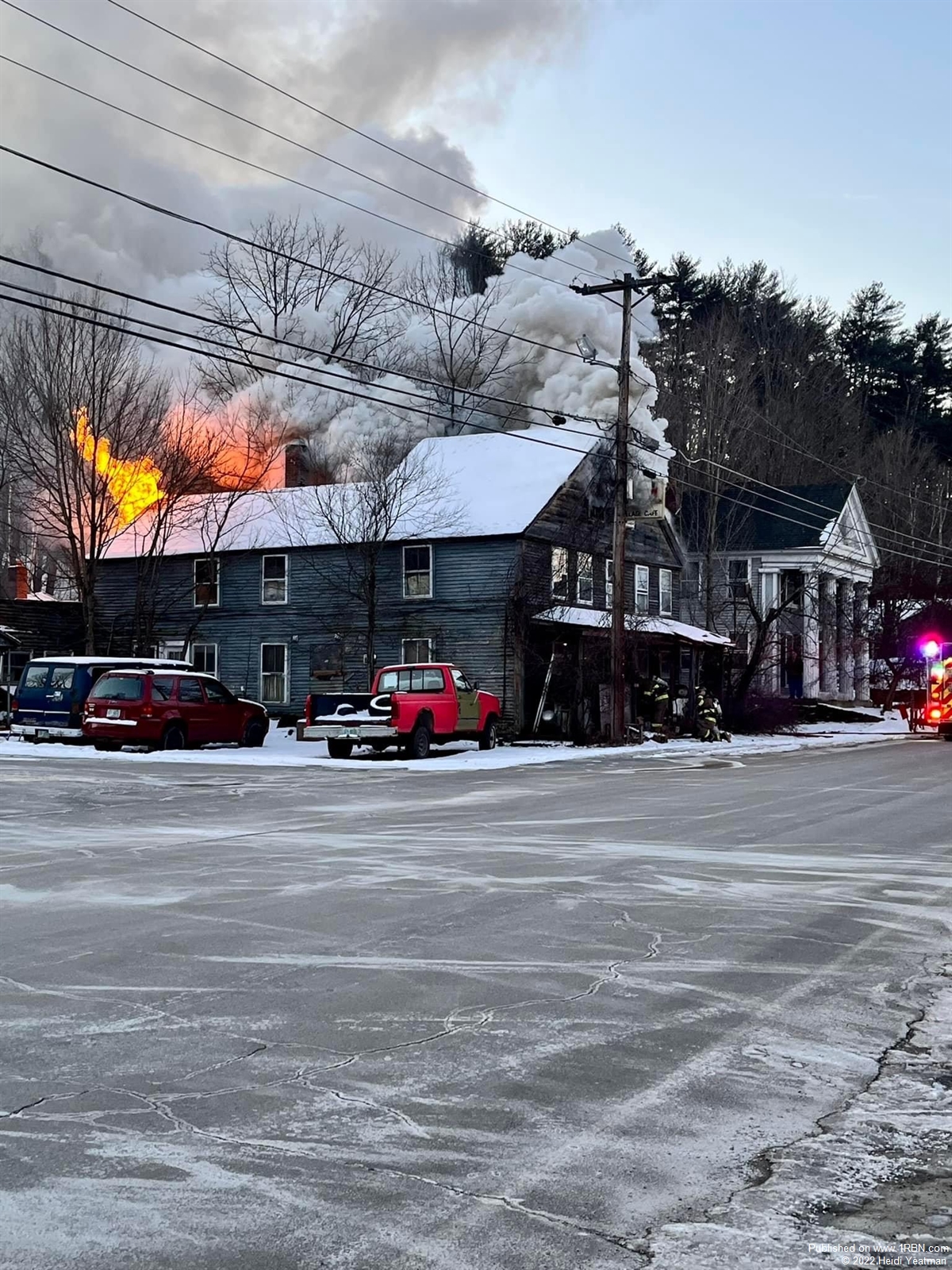 Photo by Heidi Yeatman Conditions when crews arrived on scene. 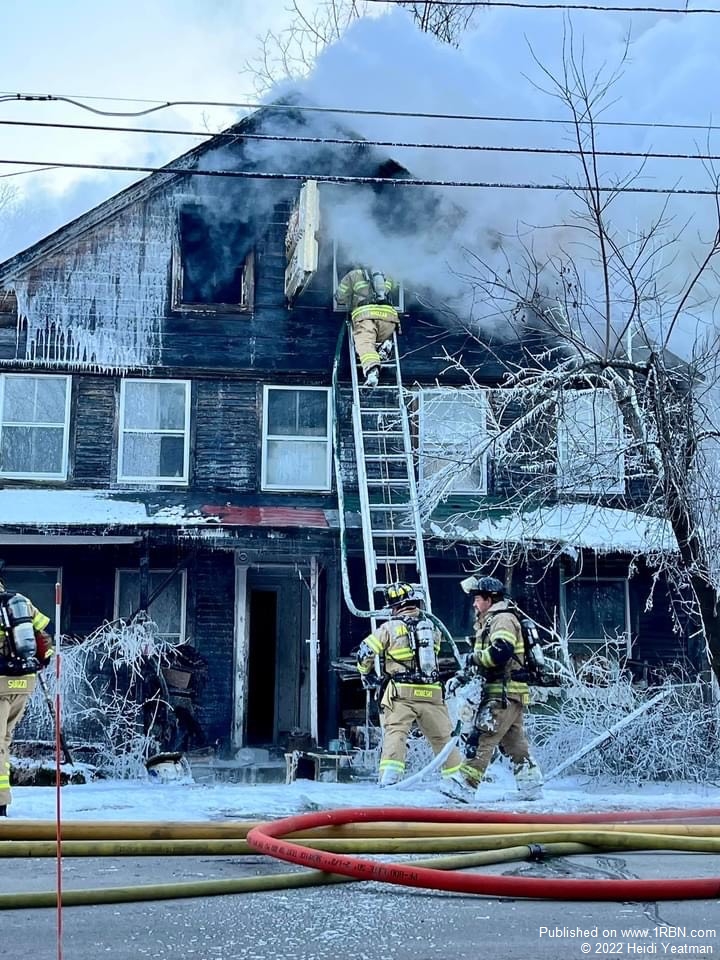 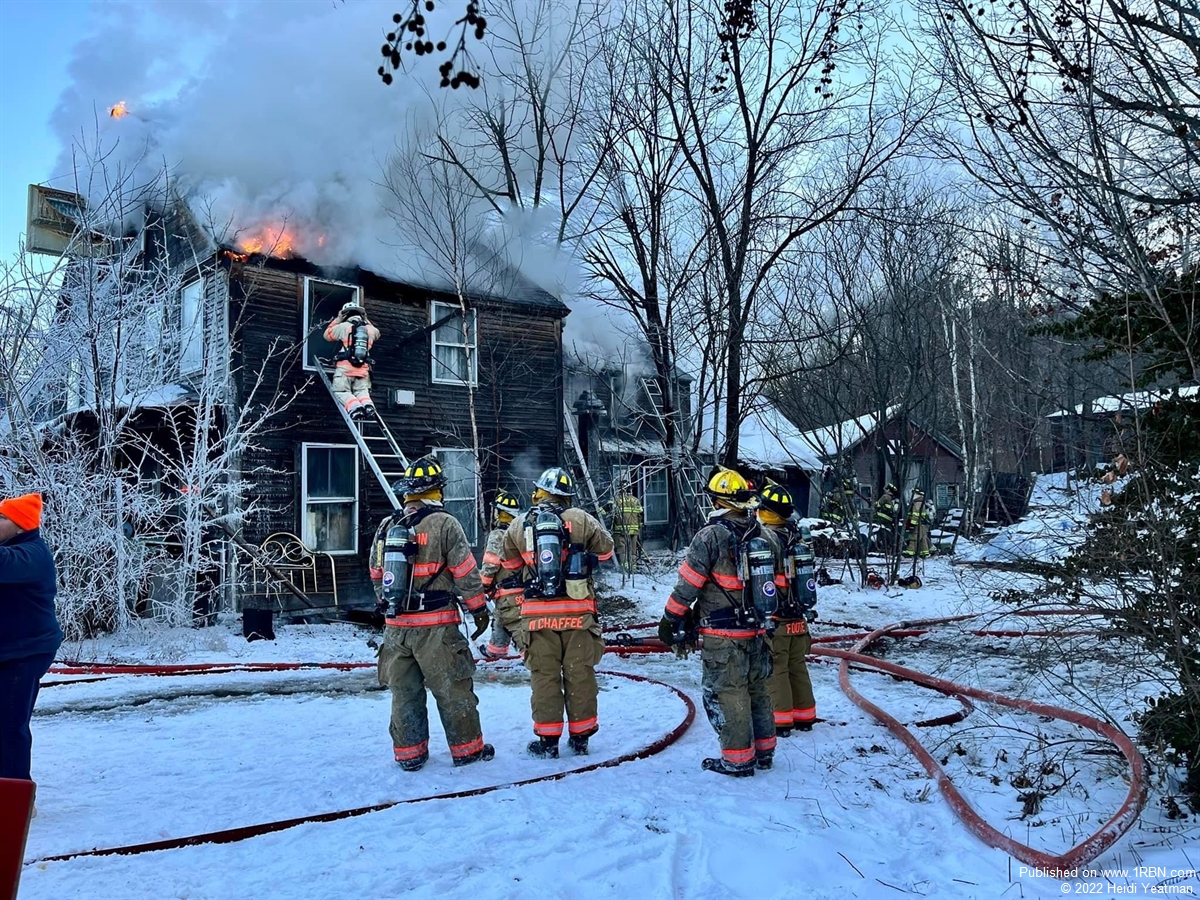 ALSTEAD, NH - Around 7:00 A.M. on January 15th, the Alstead Fire Department was dispatched to Main St. for a report of a house fire with one subject still inside.

Crews arrived on scene with heavy smoke and fire showing from the third floor. At that time a crew of two went in while other crews stretched two hand lines. The homeowner was found on the second floor and removed from the building.

Due to the extreme cold temperature of negative 6-degrees and size of the structure, Command requested the second-alarm to be struck. Crews initially tried an aggressive interior attack but ran out of water. Due to hoarding conditions inside it was decided to attack the fire from the outside of the structure.

The homeowner and one firefighter who suffered a shoulder injury were transported to Cheshire Medical to be evaluated for minor injuries. Both were released that afternoon.