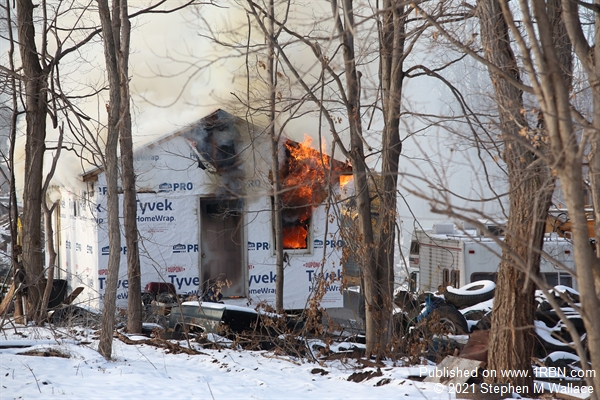 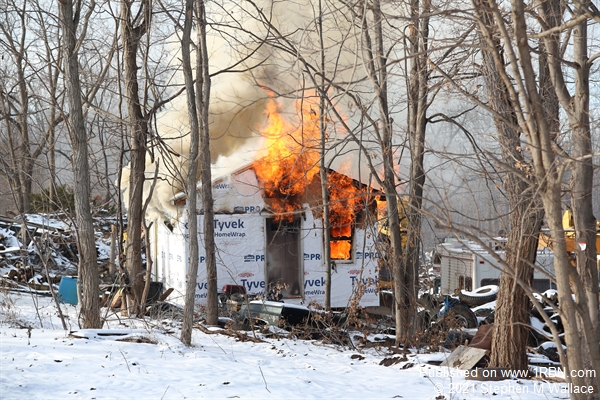 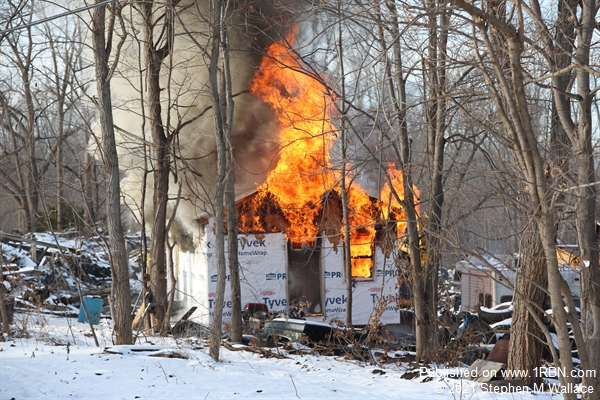 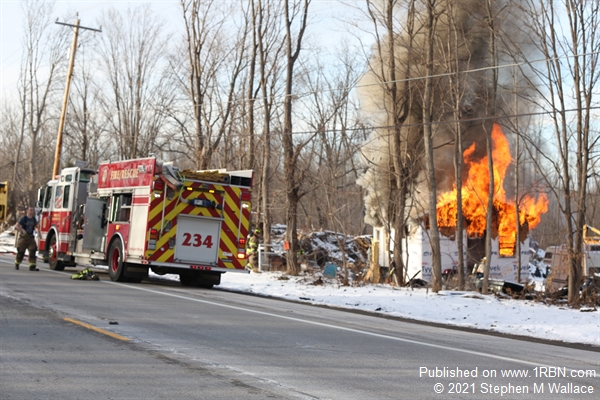 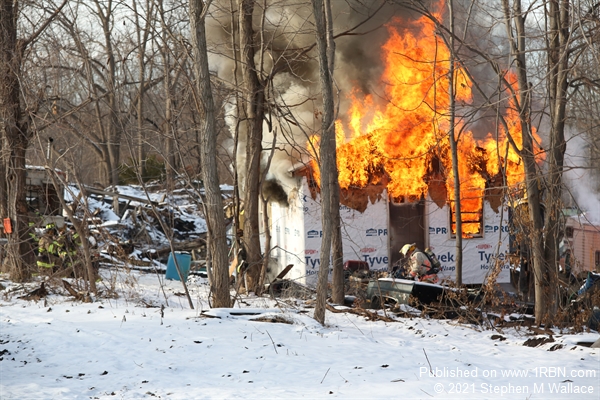 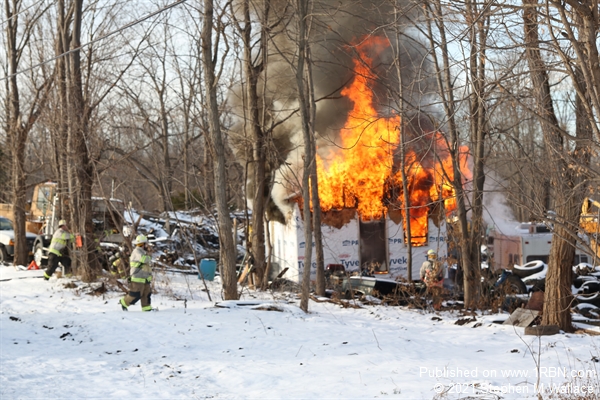 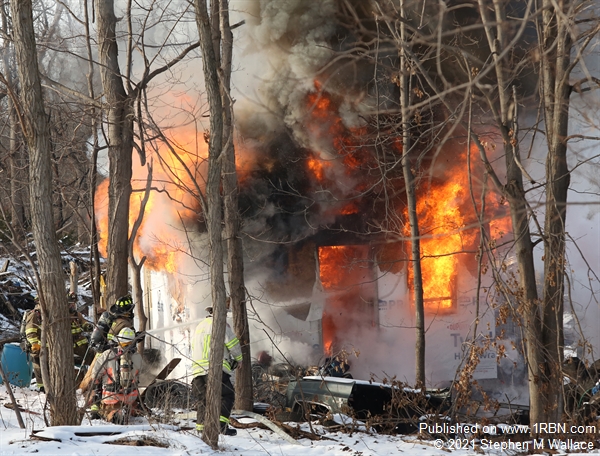 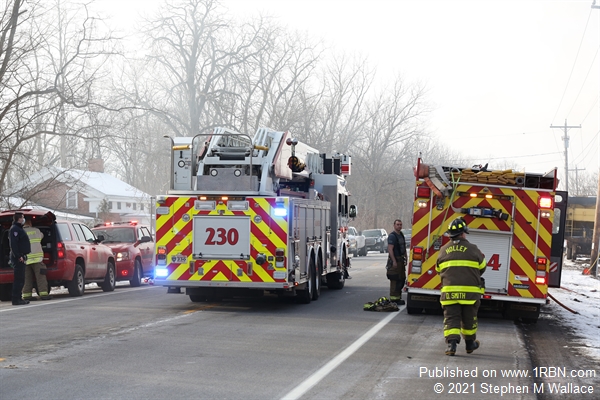 Holly, NY - On January 27th, the Brockport Fire Department and Monroe County Sheriff's Department rolled up to a large construction shed fire at the entrance to a junkyard in Holly, just west of Redman Road in Monroe County.

The deputies quickly checked to make sure that no people were in danger or trapped, and one deputy used his vehicle to block off a portion of Route 104. Cars still tried to get around the vehicle, even as emergency equipment tried to make it up to the building. Fire Police were on scene at Route 104 and Redman and diverted all traffic, preventing anymore road hazards.

The fire appeared to have started in the rear corner and flames were visible through the back roof when deputies pulled up. Fire Chiefs arrived on scene in a number of vehicles and all knew exactly what their job was. Two did a quick 360 as the fire ripped through the roof and then blew out through the front, sending flames skyward. The first truck in from Brockport FD laid a hand line to the road side front of the building for the initial attack. One Chief took another line to knock down the fire in the rear of the building that was getting close to a number of vehicles parked close to the burning building.

One of the Chiefs muscled in another line so it could be used to hit the fire from the east side, providing a surround-and-drown scenario. The bucket truck arrived along with more firefighters and the flames were quickly knocked down, keeping them away from the multiple vehicles along with piles of material that could have quickly turned this into a roaring junkyard fire.

Triage and Rehab was set up by the fire command vehicle. The fire was out within an hour and traffic was again flowing on Route 104 in just under 90 minutes. No injuries were reported during the initial attack.