Car Bursts Into Flames After Hitting Tree in Brookhaven 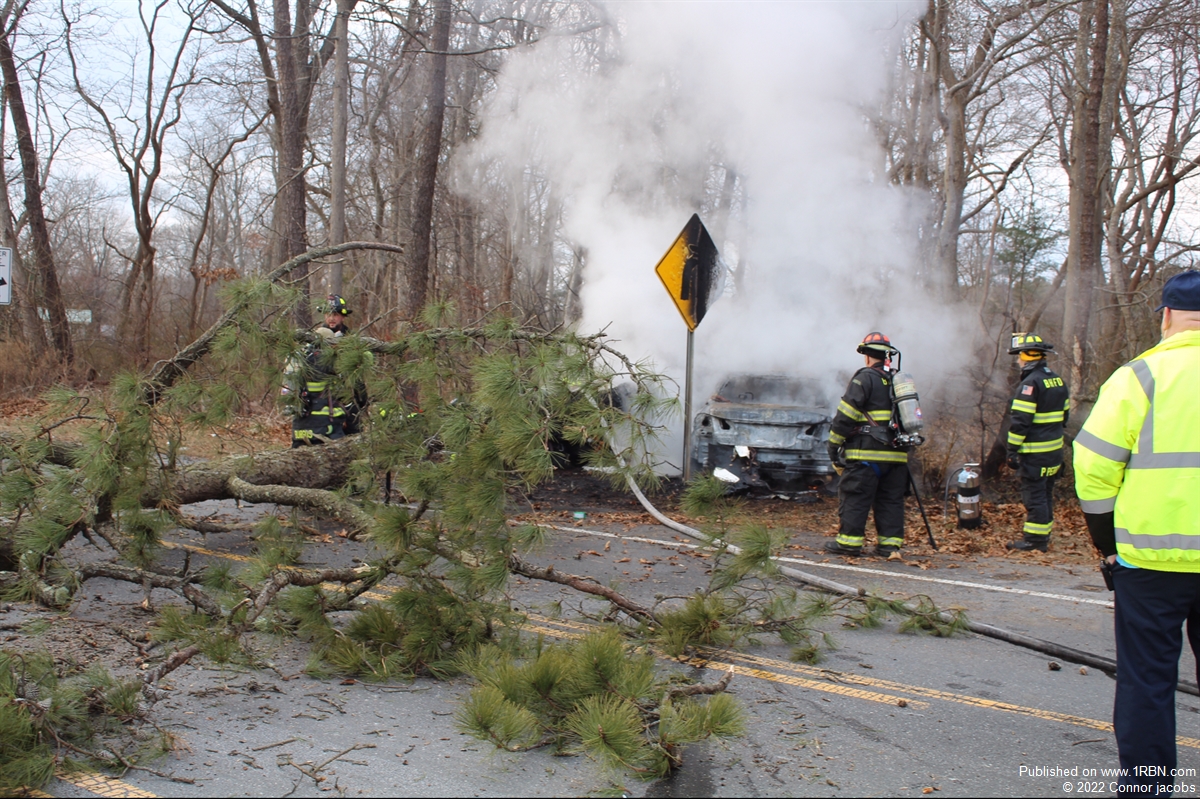 Photo by Connor jacobs Firefighters put water on the fire. 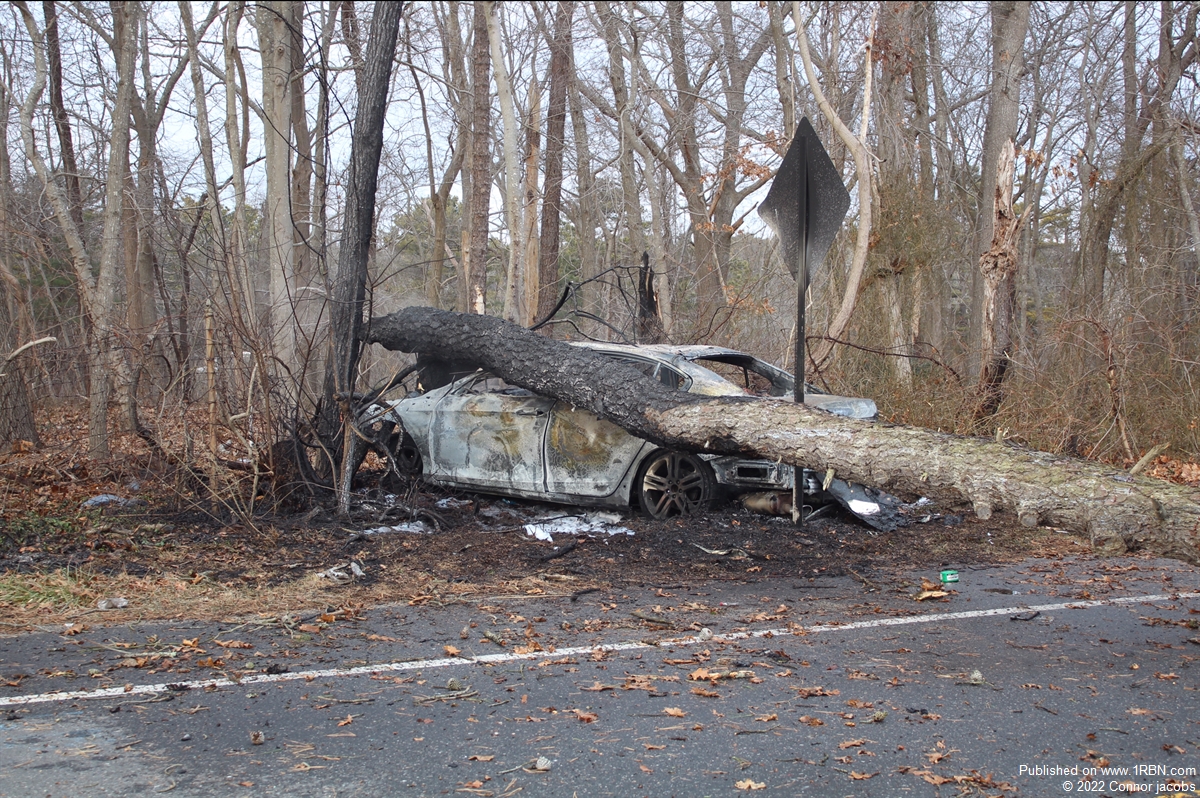 Photo by Connor jacobs Aftermath of the car hitting the tree

BROOKHAVEN, NY - At approximately 2:22 P.M. on Monday afternoon, January 26th, the Brookhaven FD and South County Ambulance were dispatched to a reported single-car motor vehicle accident with entrapment on Montauk Highway in the vicinity of the Brookhaven dog park.

Brookhaven Chief of Department Dan DiPinto (30) was first on scene and found a single-car MVA with a tree down on fire on top of the car with negative entrapment. Chief DiPinto automatically radioed fire-com and asked for a rescue truck from Bellport Fire Department to respond to the scene.

Engine 9 (5-3-9) was the first engine to arrive on scene and quickly stretched a hand line and put water on the fire. Crews from both Rescue 3 and 4 assisted with putting the fire out. Chief DiPinto released all units from the scene and they were back in service within 40 minutes.

EMS treated one person on the scene who assisted getting the driver out of the burning car, and one person was transported to Stony Brook University Hospital for serious injuries. The scene was then handed over to the Suffolk County Police 5th Precinct for investigation.