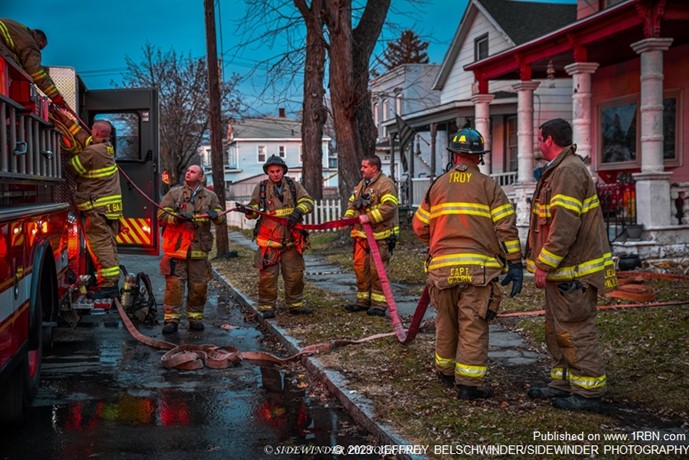 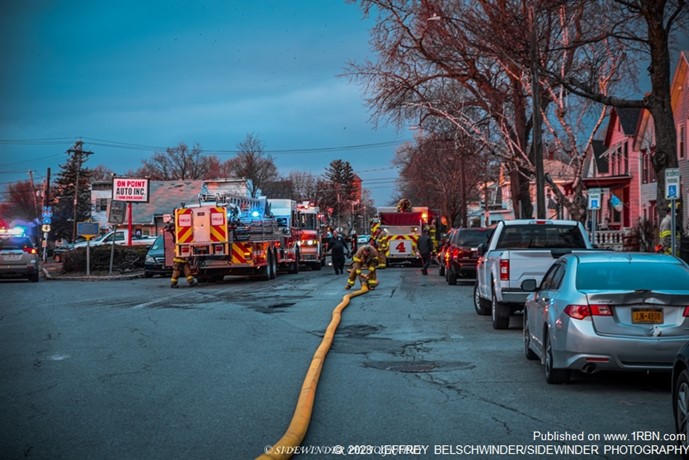 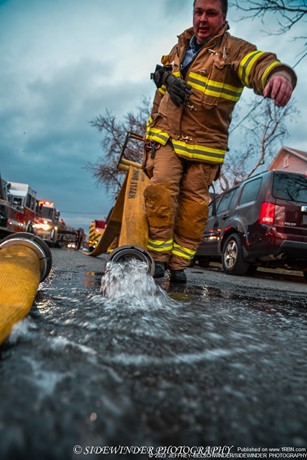 Troy, NY - On January 9, 2023, at 4:06 PM, The City of Troy’s Fire Department was dispatched for an alarm of fire at 266 3rd Avenue. The caller in the building reported a smoke condition inside of the structure and could not locate the source. Engine four, engine one, engine two, truck one, truck two, medic four, the rescue squad, and the battalion chief responded to the scene.

Engine four arrived on scene and had nothing showing from the front of the building, but as firefighters made their way inside firefighters had a heavy smoke condition on the first floor. The battalion chief arrived on scene and made his way inside the first floor and declared the signal thirty for a working incident as a precaution and firefighters pulled a hand line to the front door of the structure and began to search for the cause of the heavy smoke condition. As firefighters were searching the home for anyone inside, firefighters on the next arriving engine laid into the nearest hydrant and made the connection and charged the large diameter hose to engine four. Firefighters searching the structure notified command that everybody was out of the building. Command reported to the dispatcher that they had one hand line deployed on scene and were still searching for the source of the smoke.

Firefighters were able to locate the cause of the heavy smoke condition inside of the structure a short time later and determined it was a self-cleaning oven that was filling the house with smoke during its cleaning cycle. Firefighters on scene vented the building with a fan and command place the incident under control and placed all of the engine companies and truck companies back in service a short time later and declared the incident a signal twenty instead of a signal thirty.

While firefighters were responding to the scene with engine two that protects the RPI Campus area, the fire apparatus began to shoot from its exhaust an 8-foot fireball as multiple people that witnessed the incident described and the engine began to heavily smoke from the cab. Firefighters parked the rig one block away from the incident and began to evacuate from the rig. Firefighters shut the rig down and made their way up to the fire scene. One firefighter remained with the rig to make sure the fire did not flare up again. After firefighters cleared the fire scene, they made their way back down to the rig to begin to strip the rig of all of its tools, fittings, medical supplies, air packs, and more as the rig was immediately taken out of service. Engine two is one of the oldest rigs remaining in service in the city of Troy and also the firefighters on board cross staff medic two. No injuries were reported from the apparatus fire and the fire apparatus was towed off scene.