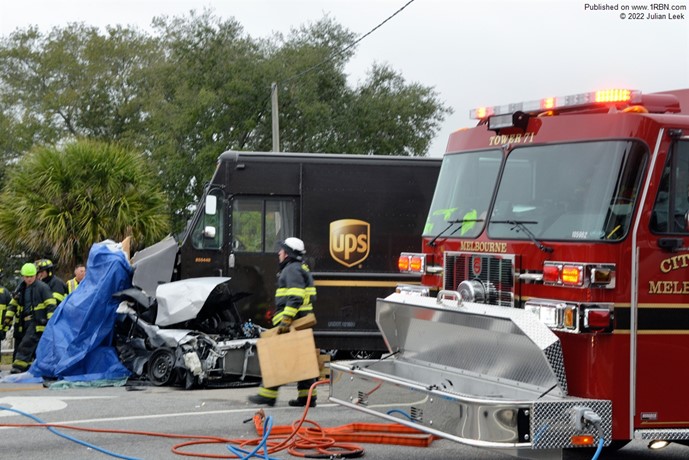 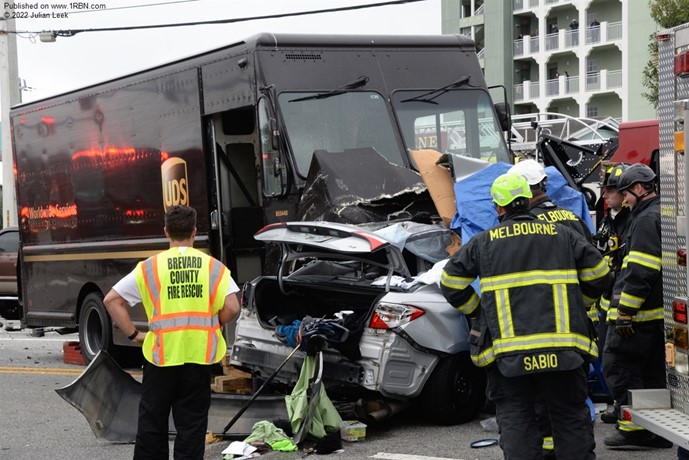 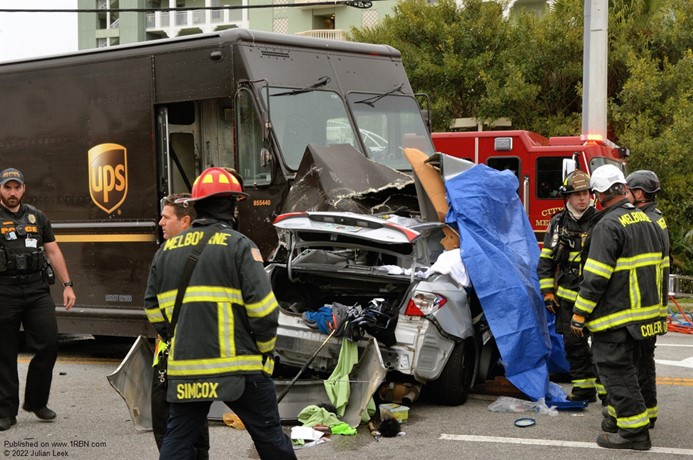 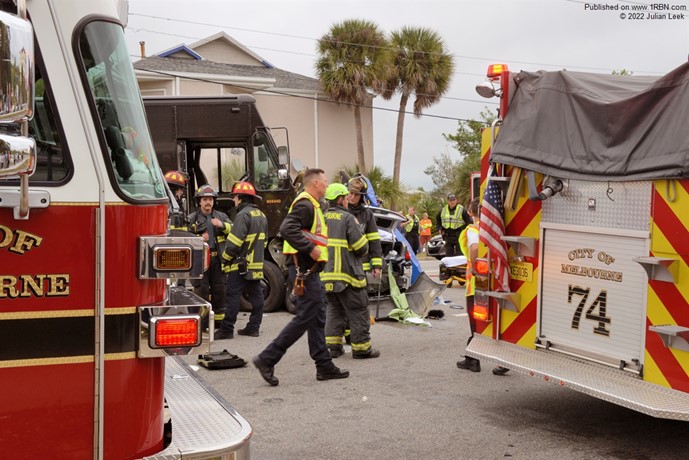 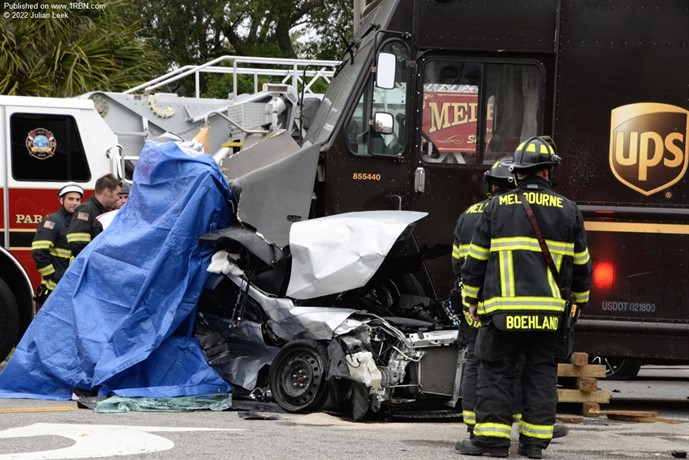 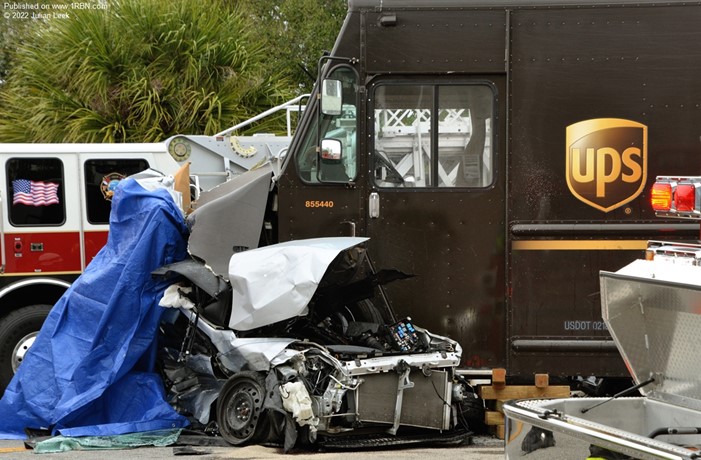 Photo by Julian LeekMaking the area safe before extrication begins 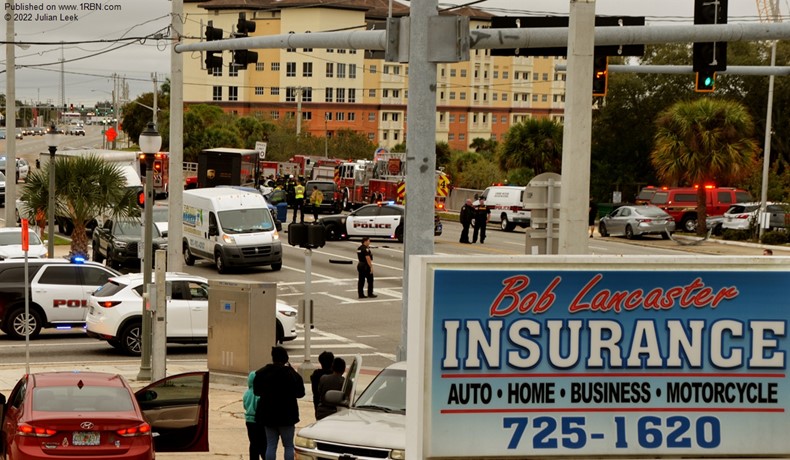 Photo by Julian LeekOnly one lane of US1 in downtown Melbourne remained open, the road remained closed for hours for the extrication and investigation.

Melbourne, Brevard County, Florida, USA. January 22, 2022. A horrific accident on US-1 and New Haven Avenue has killed two people and their dog, all in one vehicle, no other injuries were reported. The accident crash involved a United Parcel Service (UPS) delivery truck and three other vehicles. Only one lane northbound is open as the crash is being investigated by the Melbourne Police Department Crime Scene Investigators (CSI) unit.