Mastic Firefighters Respond to Another Fire on Reservation 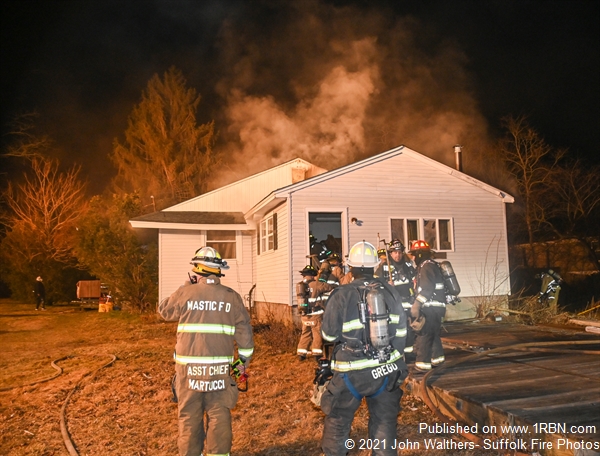 Photo by John Walthers- Suffolk Fire PhotosMastic Firefighters recently battled another working fire in the Poospatuck Indian Reservation on January 21st. This one in a home off Abby lane. 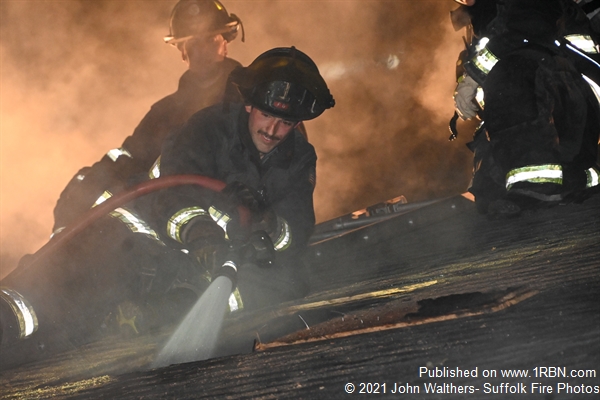 Photo by John Walthers- Suffolk Fire PhotosFirefighters operate on the roof at a house fire in Mastic on Poospatuck Ln. 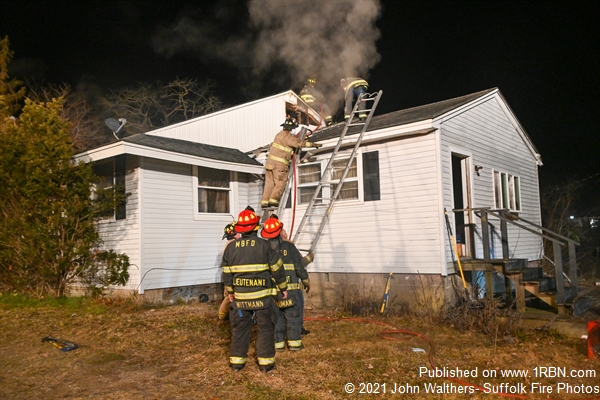 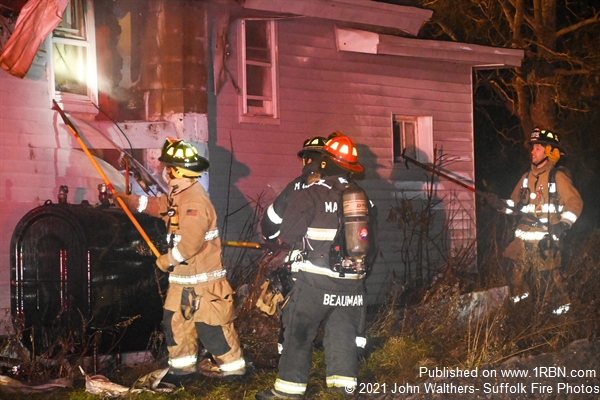 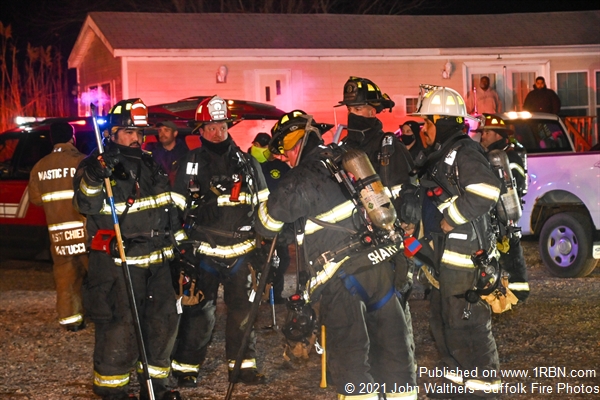 Photo by John Walthers- Suffolk Fire PhotosMastic Beach Firefighters assisted Mastic at this a house fire in the Poospatuck Reservation. 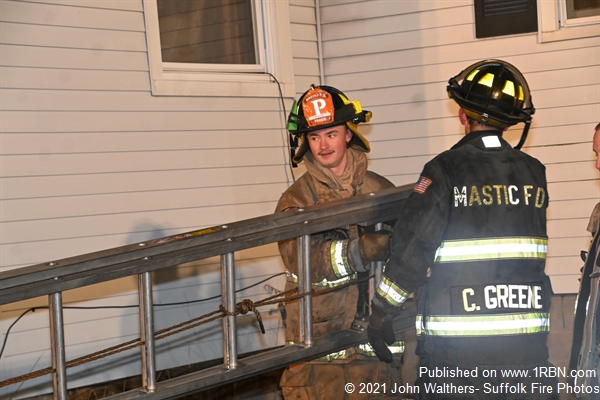 Mastic, NY – On Thursday, January 21st at about 9:18 P.M., the Mastic Fire Department was activated for a report of a structure fire on Poospatuck Lane, off of Abby Lane in the reservation.

Assistant Chief Gene Martucci [5-12-31] advised Fire-Com that he was enroute, and Fire-Com advised that they were taking multiple calls, at least two of which reporting a residential fire. Assistant Chief Martucci radioed back to his members on fireground that he needed the first due engine on the road ASAP due to multiple calls being received.

On arrival, Martucci radioed back to Fire-Com that he had a working fire and wanted them to start his mutual aid plan. The first due engine hit the hydrant, which was a long stretch dropping the supply line. Engines arrived on scene, lines were stretched and a quick attack was made on the fire, which appeared to have started on the exterior in the rear and spread up to the attic area. Mutual aid came into the scene from Mastic Beach and Center Moriches, with a request for Manorville FD to stand by.

Once the bulk of the fire was knocked down firefighters from Mastic and Mastic Beach worked together on the roof to hit the remaining pockets in the attic, as well as cutting a hole in the roof with the saw.

Firefighters operated on scene for a little over an hour. EMS rehab support was provided by Mastic and Shirley Ambulance companies.