Murder/Arson Under Investigation in Arab 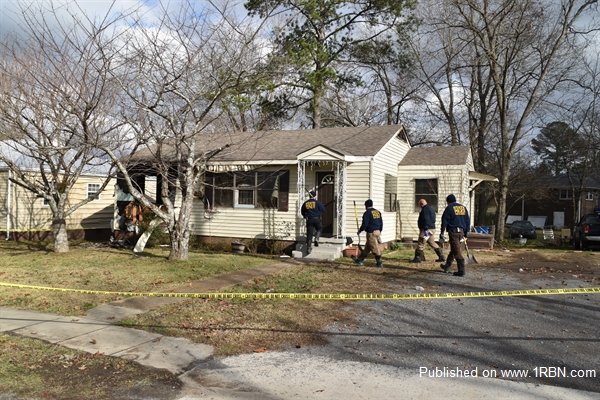 Photo by RICKY PHILLIPSInvestigators process a murder/arson scene in Arab.

Arab, AL - An investigation is underway in Arab after fire crews discovered a female suffering from a fatal gunshot wound during a structure fire.

The incident occurred in the early morning hours of January 4th. Fire crews responded to a reported structure fire at about 3:19 A.M. They arrived within three minutes of the call to find flames visible from one room of the structure. Crews attacked the fire, containing it to the room of origin. Firefighters were conducting a search of the structure when they discovered the victim.

Fire crews secured the scene and called for Investigators. Investigators collected fire debris samples, searched the scene with an accelerant detection K-9 and quickly ruled that the fire was arson. It was also determined that the victim had died from a gunshot wound.

The victim's car was located in Tennessee, where Michael Hammock was arrested and charged with Arson 1st Degree, Murder 1st Degree, Theft of Property 1st and 2nd Degree. He is being held in the Marshall County Jail on a $2,000,000 bond.