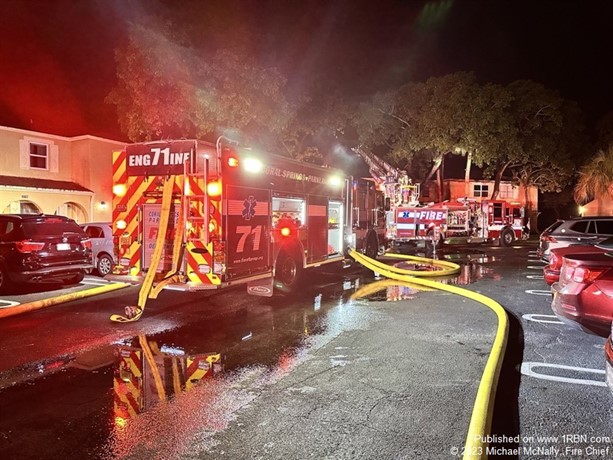 Around 23:30 hours on January 18, 2023, CSPFD crews were called to the scene of a reported structure fire at a condo complex. When the first arriving engine company arrived on scene, they found heavy fire from the roof off a six-unit condo complex. It took crews just under an hour to get the fire under control. A second alarm was called early on to support the attack and crew relief. No foul play is suspected.

Firefighters were able to rescue several cats and rabbits from inside different units. Oxygen was delivered via specially designed pet oxygen masks to several of the animals who were most affected. Several residents were displaced due to fire and water damage. The Red Cross was called to the scene to assist those who were displaced.