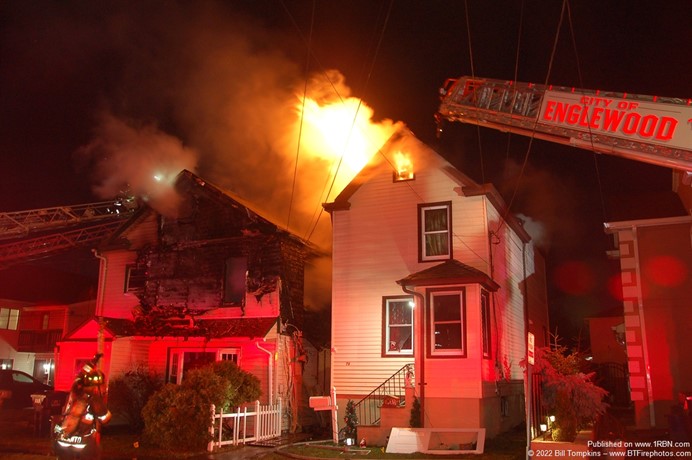 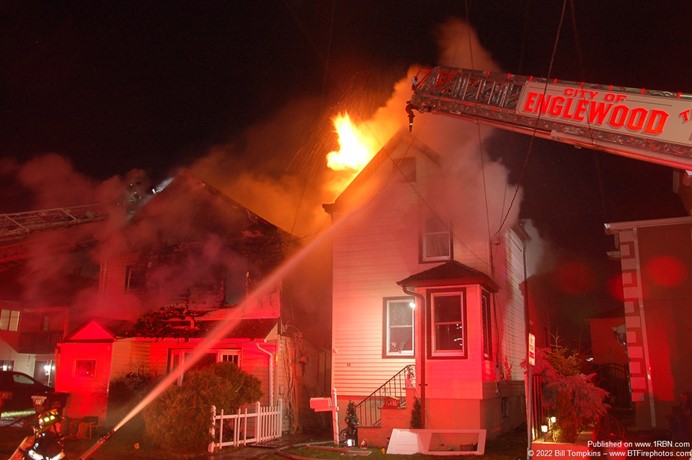 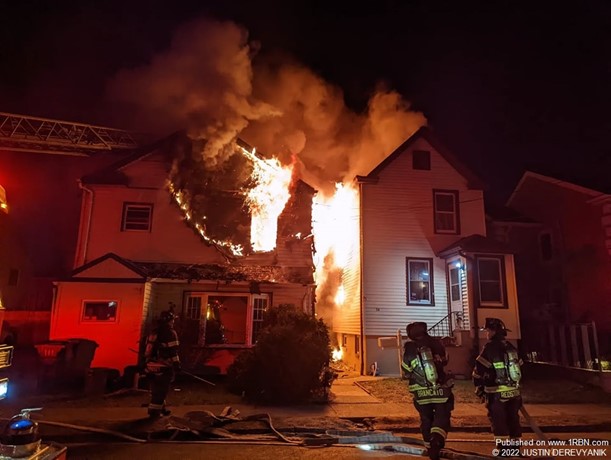 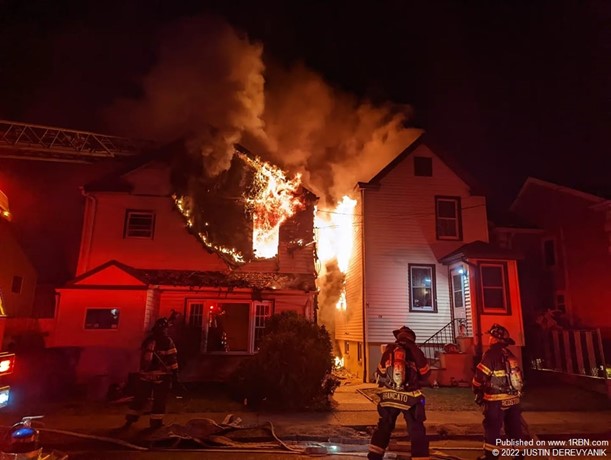 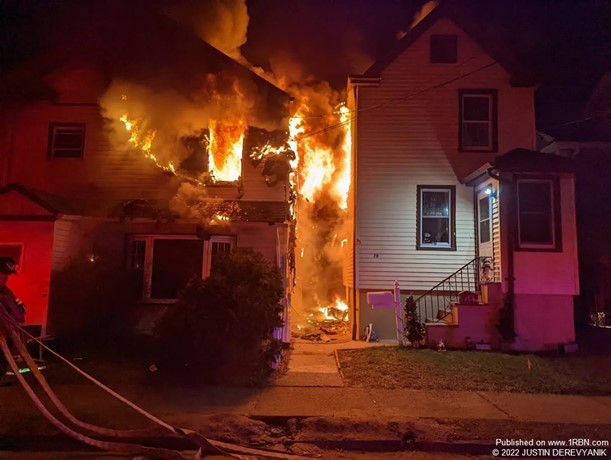 Upon arrival, Deputy 1 had heavy fire in two wood-frame dwellings and transmitted a second-alarm. Companies put multiple hand lines into service, knocking down fire in both the first and second floors of both dwellings. Fire extended into the attic of both dwellings. Ladder companies from Hackensack and Englewood ventilated the roof of both dwellings, and assisted with searches and opening up in both dwellings.

The fire was brought under control and extensive overhaul was conducted for a little over one hour. Additional companies from Hackensack, Bogota, Teaneck and Ridgefield Park assisted at the scene. Hackensack UMC, BLS and ALS, Little Ferry, BLS and Holy Name BLS were on scene and transported six people with minor injuries to the hospital.

During primary searches, Ladder 1 rescued a dog and returned it to its owner. The fire is currently under investigation by Hackensack Fire Prevention.