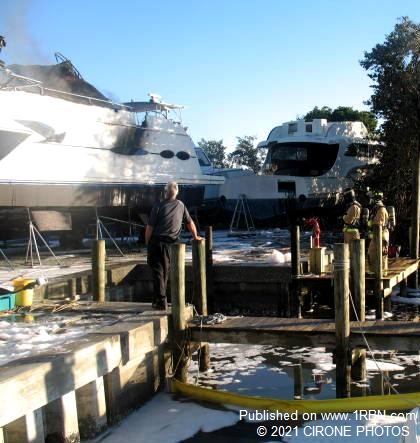 Photo by CIRONE PHOTOSThe yacht is still smoking, Sea Tow placed booms around the docks to contain the foam 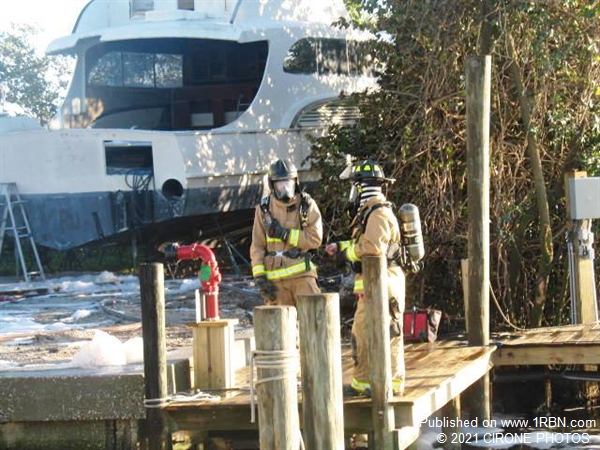 Photo by CIRONE PHOTOSFirefighters taking a break before manning the handline. 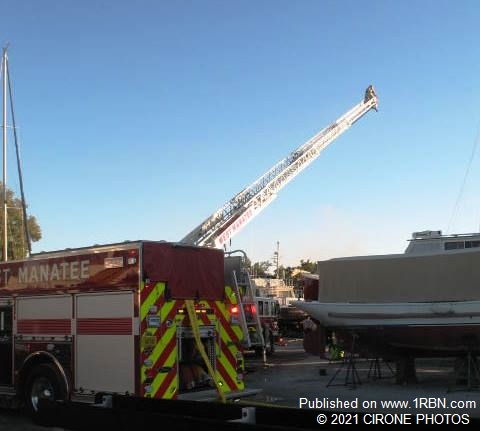 Photo by CIRONE PHOTOSThe ladder truck shut down while handlines moved in.

Cortez, FL - Shortly after 3:00 P.M. on Monday, January 19th, Manatee County Dispatch received a call of a boat fire at Cortez Cove Marina, located in Cortez Village, the oldest fishing village in Florida. While units were en route it was evident that they had a working fire, as thick black smoke could be seen from miles away. On arrival units found a 72-ft. Princess Yacht in dry dock fully involved, and surrounded by other boats. Luckily, the wind was calm and firefighters made an aggressive attack, however the Yacht was a total loss. There were no reported injuries.