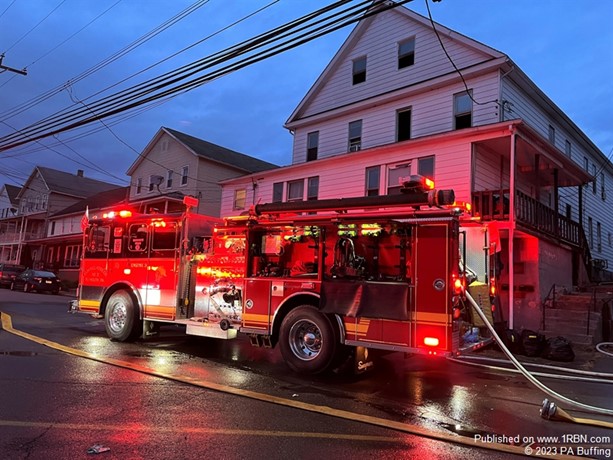 1-18-2023 around 4pm the Plymouth structure fire tones were dropped for a reported apartment building on fire. Once arrived the 1st alarm box was dispatched for a confirmed working fire. Plymouth engine 1 and 3 along with Plymouth cascade and Hanover Twp rit team went to work to put the fire out. It was reported 3 pets were still inside during the fire. but were all found safely and returned to the owners. It took fire fighters 2 hours to put the fire out and do overhaul. The fire is now under investigation by the firemarshall and the American Red Cross is helping the family out at this time.