Large Home in Center Moriches Goes Up in Flames 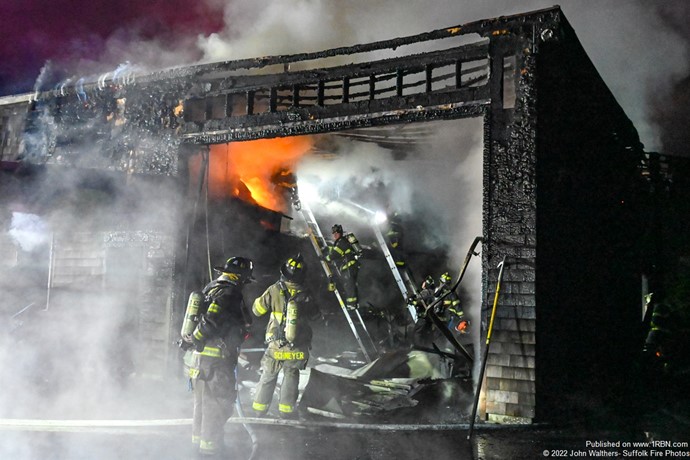 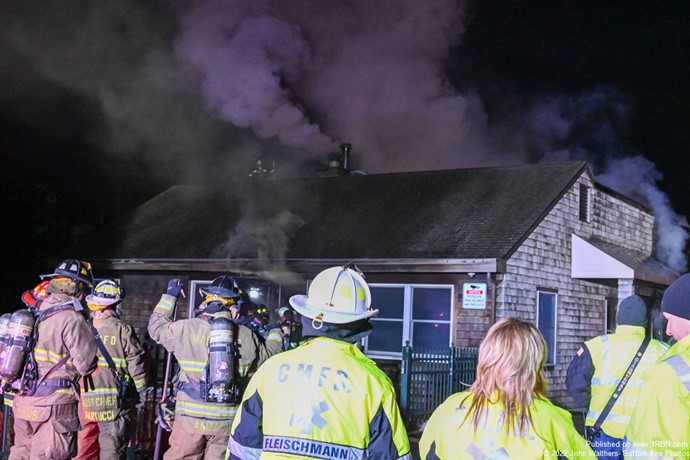 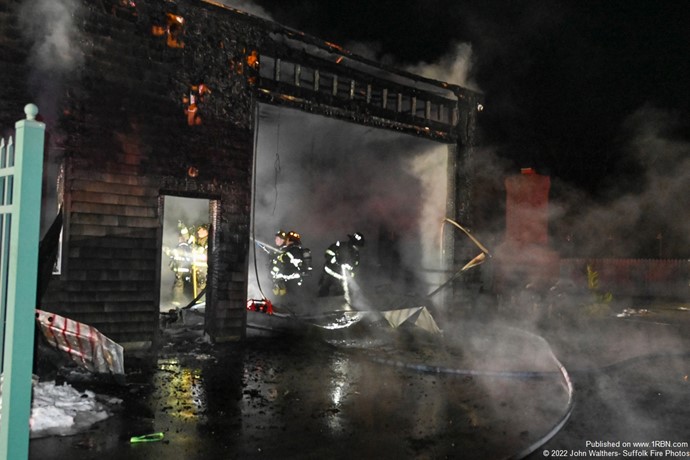 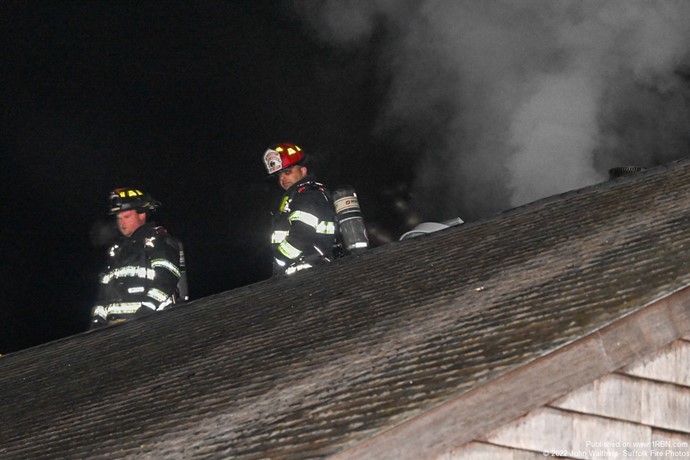 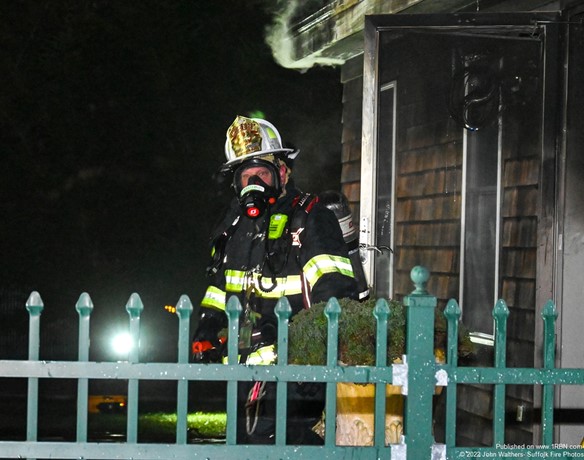 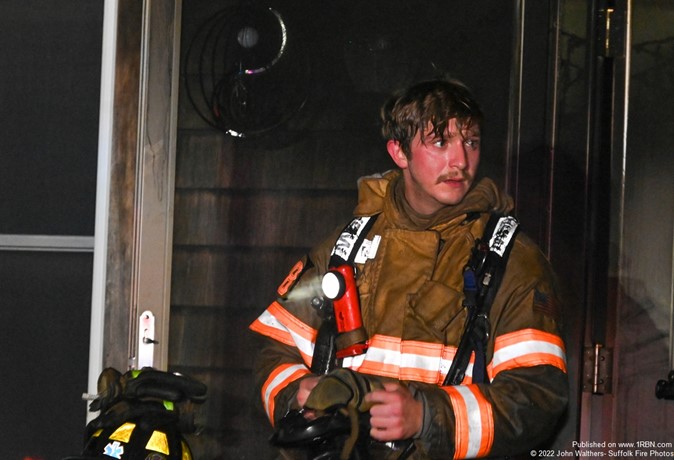 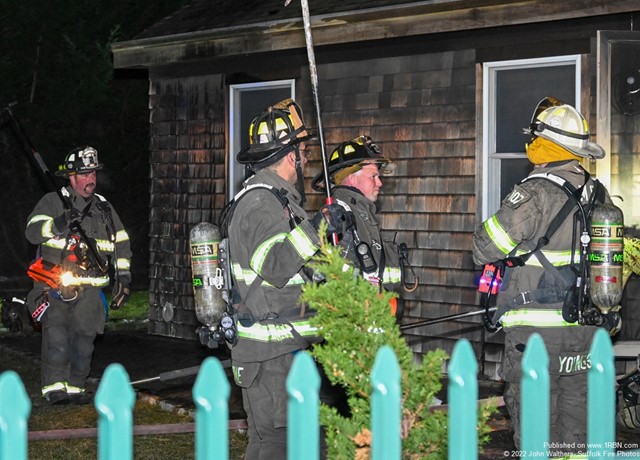 The Center Moriches Fire Department was quickly dispatched to the scene. Assistant Chief Phil Masterson (5-4-31) was first to arrive on scene and advised that he had a working fire. Chief of Department William Schilling (5-4-30) arrived shortly after and assumed command of the scene.

It was reported that there was heavy fire coming from the garage and rear of the house. Engines from Center Moriches began to pull up to the scene and secured a supply line to the hydrant down the block. The chief also requested that multiple hand lines be stretched to the rear of the structure. Mutual aid was requested to the scene and for standby coverage from East Moriches, Mastic, Manorville and Eastport Fire Departments.

Firefighters were able to bring the blaze under control in 45 minutes, but faced extensive overhaul and remained on scene working in frigid temperatures for an additional hour. Ambulances from Center Moriches FD and East Moriches were on scene to standby and also assist with support functions as needed. No injuries were reported.

The road was closed for approximately two hours while crews worked. The scene was later turned over to the Brookhaven Town Fire Marshal’s Office for investigation.