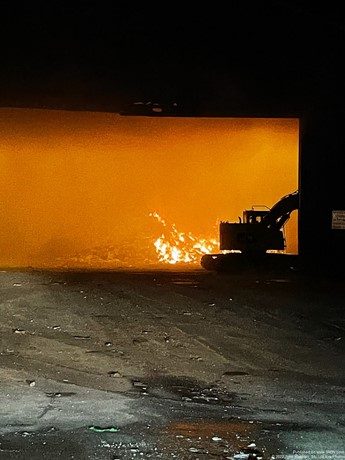 Photo by John Walthers- Suffolk Fire PhotosFirefighters arrived to find this building at the Brookhaven Landfill Waste Transfer Station had a fire inside it on January 3rd 2022. 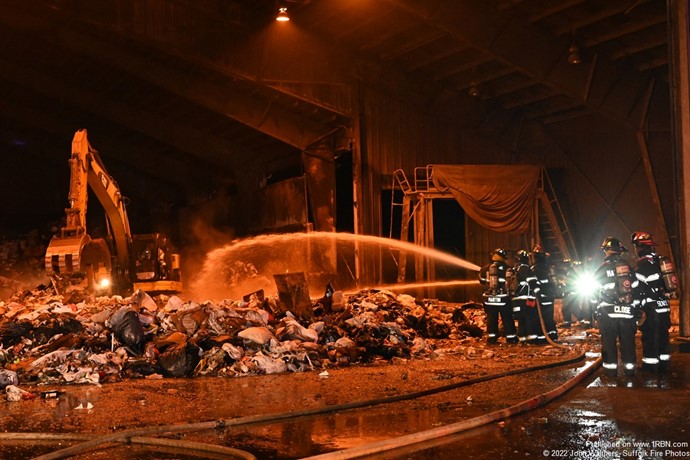 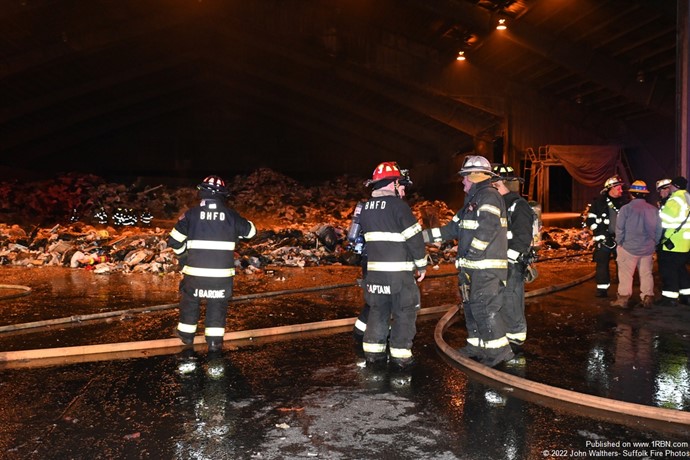 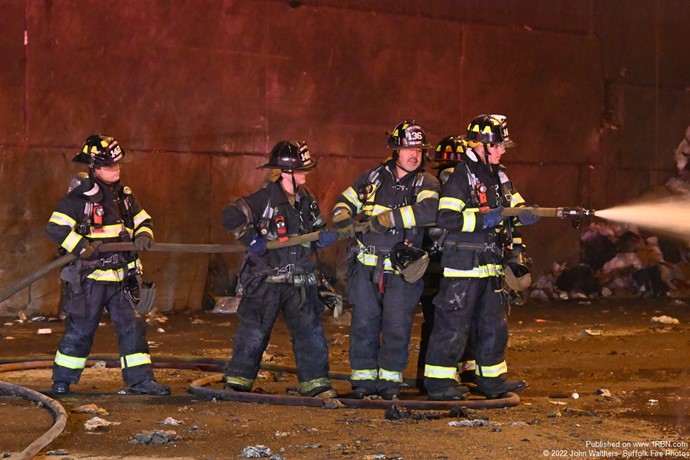 Photo by John Walthers- Suffolk Fire PhotosBellport firefighters operate on one side of the pile.

BROOKHAVEN, NY - At 12:37 A.M. on January 3rd, the Brookhaven Fire Department was called for a commercial fire at Brookhaven Landfill on Horseblock Road.

On arrival, Assistant Chief Loiacono (5-3-32) reported that a large shed at the waste transfer station was found to have active fire inside. The pre-plan was activated along with a special request for one tanker and one ladder to the scene.

Firefighters arrived on scene, put a deck gun and two hand lines into operation, and were able to quickly contain the fire. Heavy equipment that was on site was used to separate debris so that firefighters could make sure no pockets of fire were left.

Mutual aid was activated from Bellport, Hangerman, Mastic and Yaphank to the scene while Mastic Beach was requested to stand by. South Country Ambulance was also on scene. No injuries were reported and all firefighters were back in service at approximately 2:00 A.M.