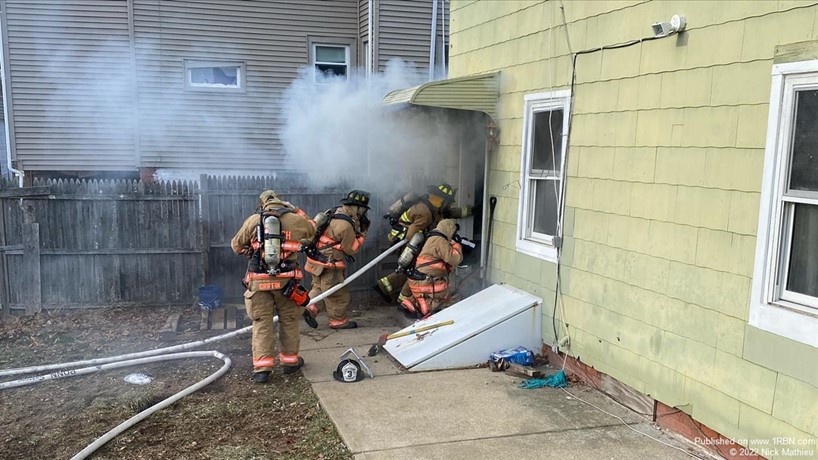 Photo by Nick MathieuEngine 2 and Car 10 making access into the kitchen where the fire was located. 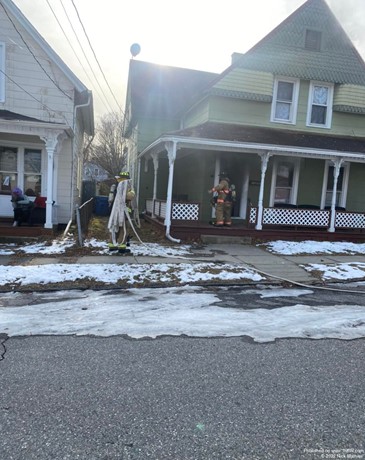 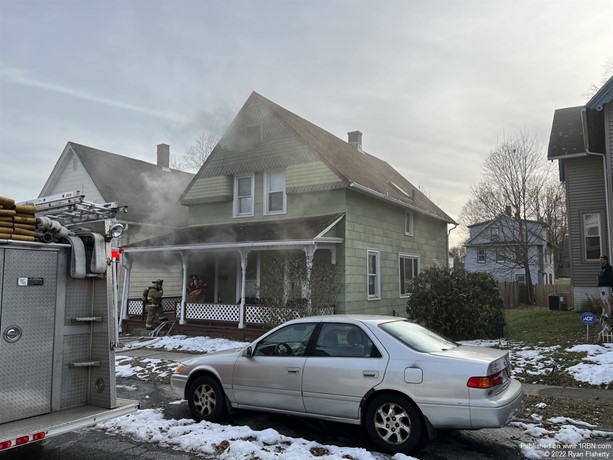 Photo by Ryan FlahertyEngine 3's crew masking up on the front porch. 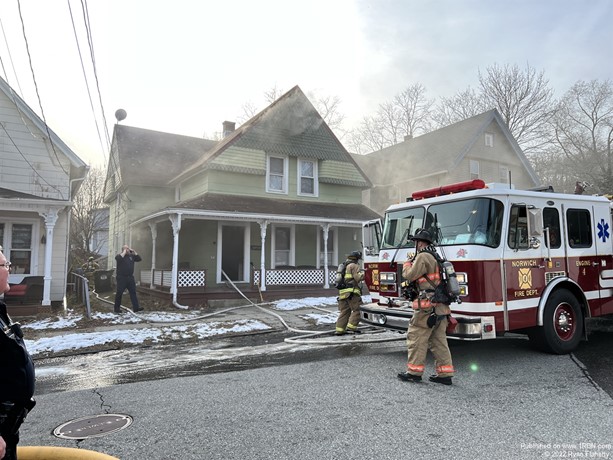 Photo by Ryan FlahertySquad A's crew about to go in after establishing the water supply. 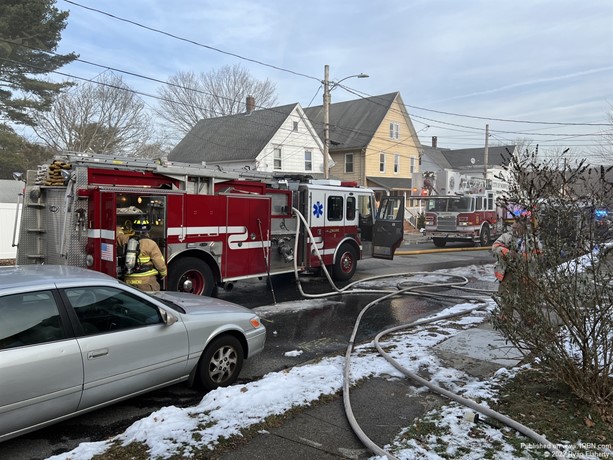 Photo by Ryan FlahertyEngine 4 is the spare that was in service as Engine 2. 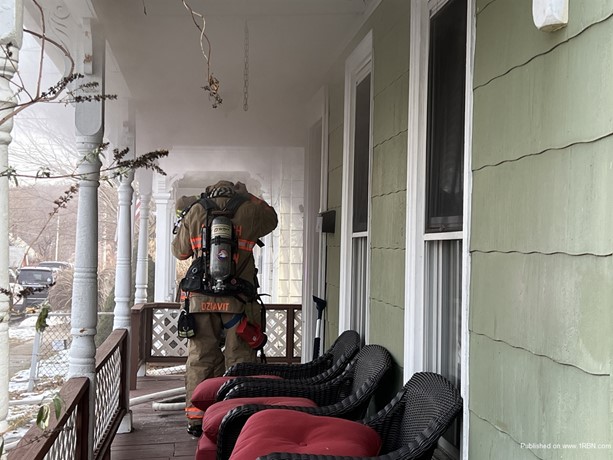 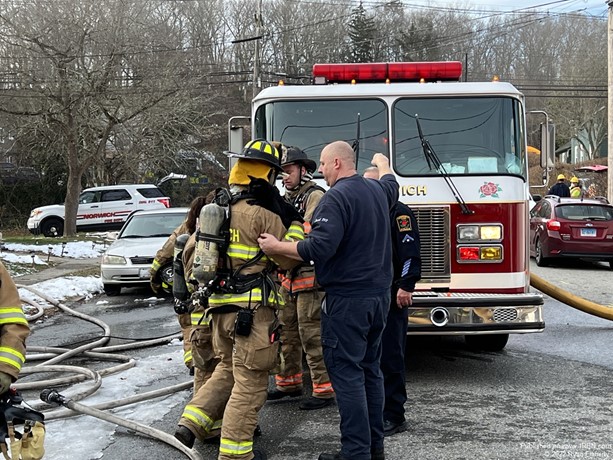 Photo by Ryan FlahertyFirefighter Girard found a cat on the first floor and handed her over to the family. 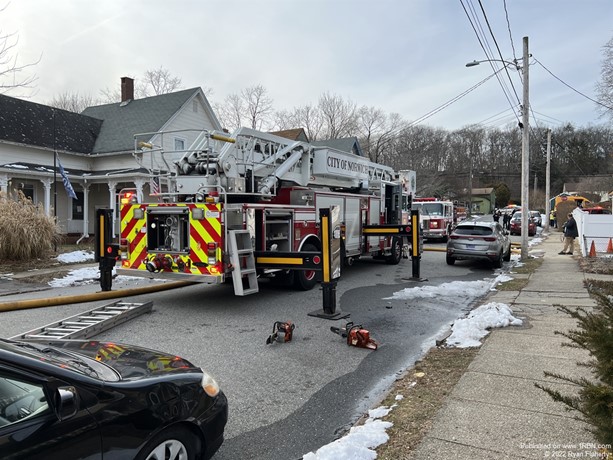 At 2:02 pm on Thursday, 1/13/2022 the Norwich Fire Department was dispatched to an unknown numeric on 13th Street for a juvenile reporting a kitchen fire on the first floor. Engine 2 arrived at 2:07 with smoke showing from a 2.5 story wood frame residential house. Engine 2 stretched an 1.75" cross-lay to the rear and forced entry where they made access into the kitchen.
Squad A laid in from a hydrant at Prospect and 13th Street which fed Engine 2. Truck 1 provided the primary search and overhaul while Engine 3 stretched a backup line. The fire was held to the room of origin and there were no injuries. 2 canines and a cat were removed from the residence. The Mohegan Tribal Fire Department provided the FAST and the Norwich Fire Marshal’s Office is investigating.
Taftville Truck 25, Occum Engine 41, Laurel Hill Engine 62 and East Great Plain Rescue 5 staged and responded to a three calls while covering.