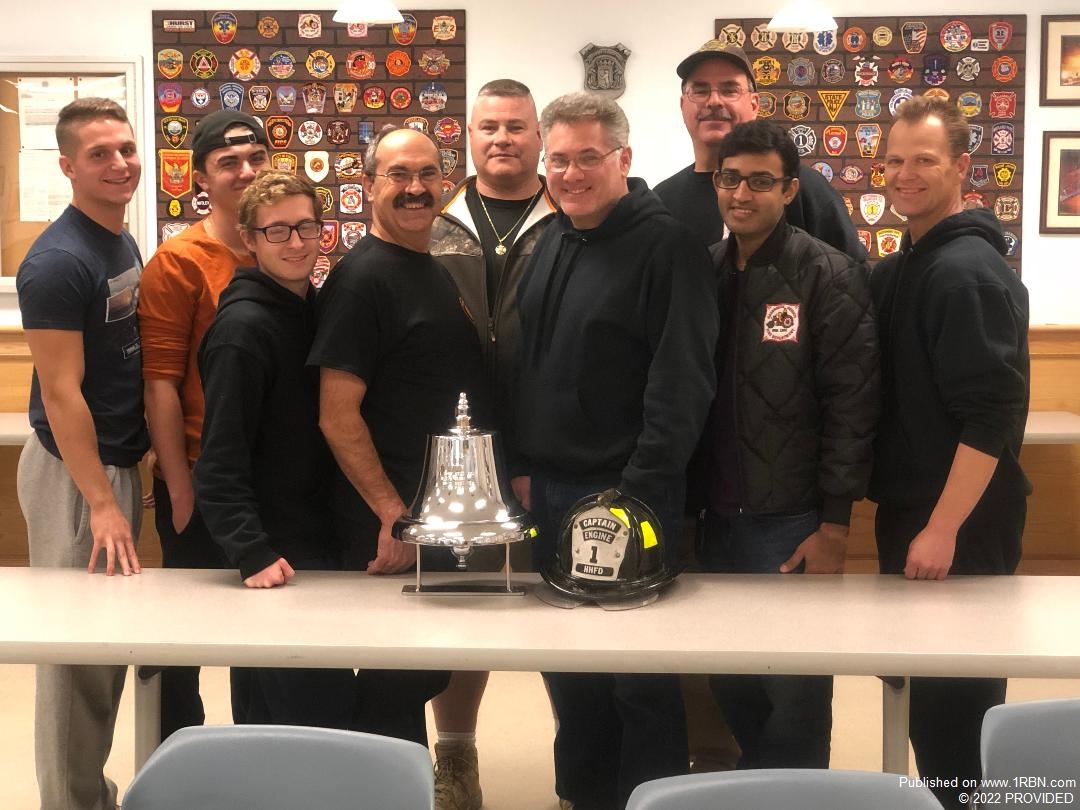 Photo by PROVIDEDChief Moots when he was Captain of the former Engine One with Lt. Bernie Valente and members of Engine One at the dedication of the company bell that had been refurbished. 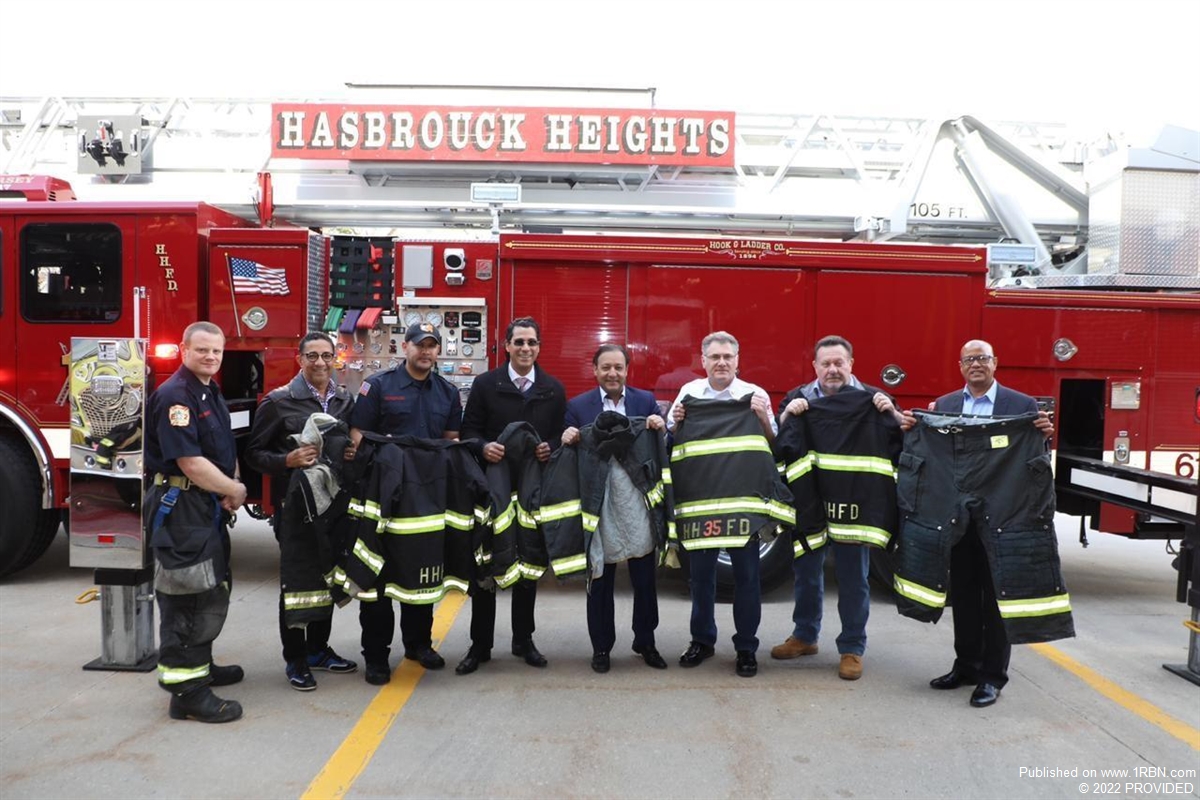 Photo by PROVIDEDChief Moots with Lt. Miguel Gonzalez with the donation of fire equipment to the Dominican Republic. 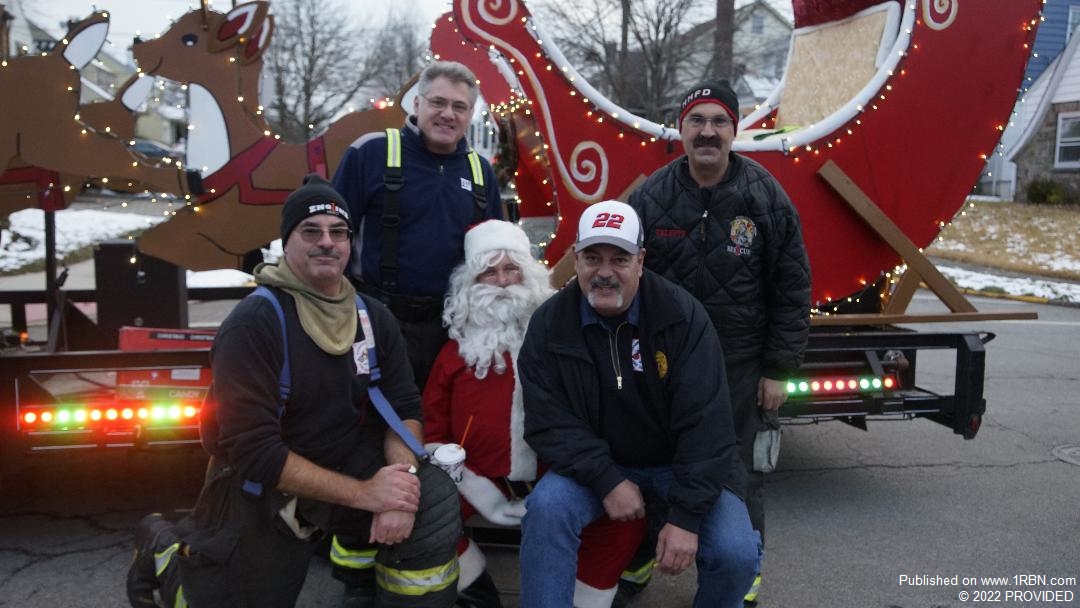 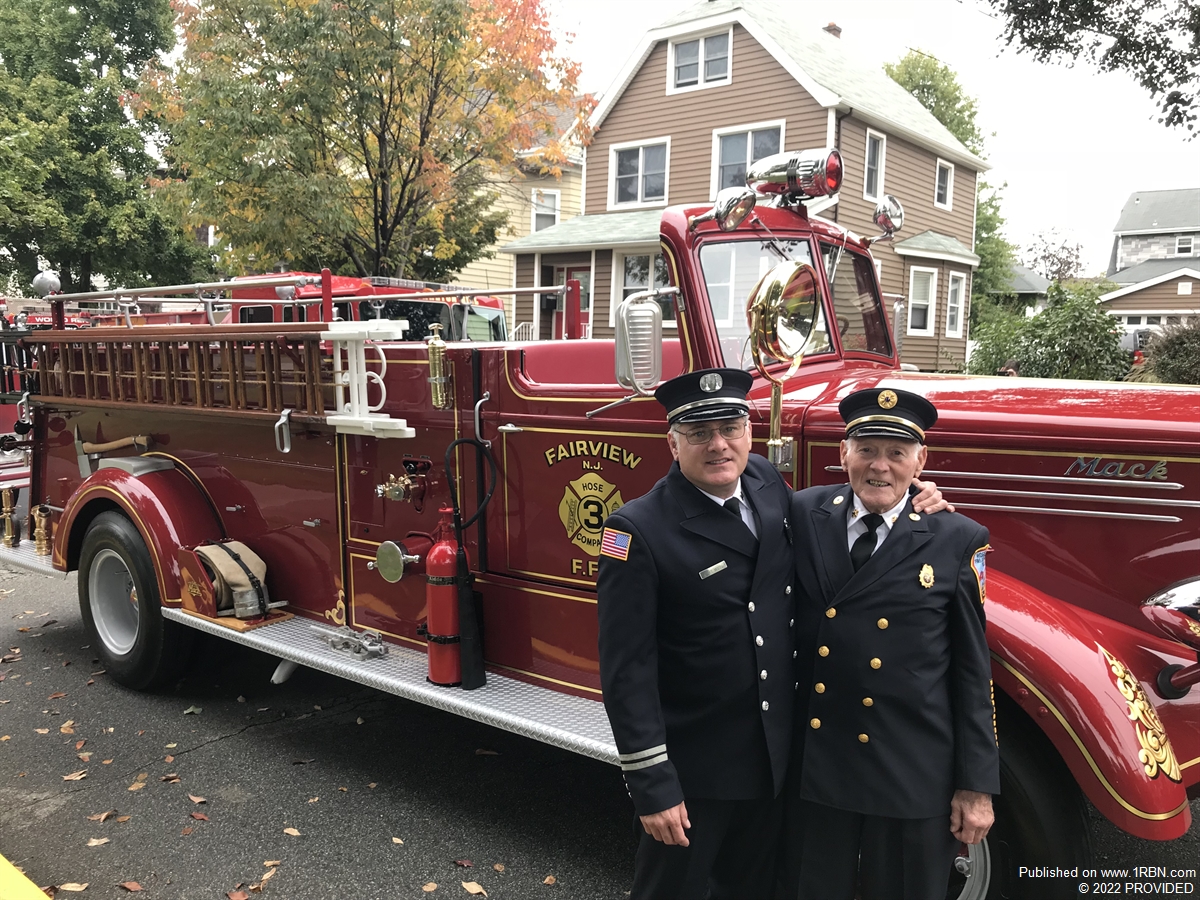 Photo by PROVIDEDChief Moots with his father, Chief Charlie Moots of the Ridgefield FD, in front of their antique truck at the East Rutherford Parade; father passing the torch to his son.

The fire service has a long tradition of being a ‘family affair’. We read stories about members of the FDNY where the tradition of being a firefighter passes from grandfather to sons to grandsons and nephews. There could be generations of a single family at one big fire in New York City.

This tradition in the fire service continues in the suburbs with many families passing from father to son to daughter. We see generations being represented on many mutual aid calls in Bergen County. This aspect of the family tradition continues today as the Hasbrouck Heights Fire Department welcomes its new Chief, Tim Moots, a 19-year veteran of the department.

“At the time, my-great grandfather worked with horse-drawn ladders and steamers,” Chief Moots said. When looking at a picture of his great-grandfather with other firefighters at the time it was commented that his great-grandfather was clean shaven while other firemen had mustaches. “One of the reasons you see so many early firemen with beards and handlebar mustaches is that they used them to filter out the smoke,” Chief Moots said.

When John Moots retired in 1921 (he retired after 20 years on the department in 1915), his sons, Hamilton and Louis, Chief Moots’s grandfather and great-uncle, both followed their father as volunteers on the Ridgefield FD. The brothers helped create the town’s first ambulance squad and were charter members.

Hamilton Moots served as Chief of the Ridgefield FD in 1940 with his brother serving as Captain and Secretary of the Department. He served the department for 22-years until he passed away in 1946. Hamilton’s son, Charles, Chief Moots' father, joined the Ridgefield FD in 1953 and spent 48-years of active service, and is still a member as of today.

When interviewed for an article on firefighting families in 2006, retired Chief Charlie Moots and new Chief Tim Moots both shared their love of firefighting and the important bonds that come with the fire service. Another thing that grandfather, father and son share is that they all held Number 9 as their shield (no one knew what shield John Moots held).

The fire service was not an immediate calling for Chief Tim Moots, but he knew it was part of the family DNA. Growing up in Ridgefield and a graduate of Ridgefield High School and then Drafting School, Chief Moots embarked in a career working for a development company. Later, he opened a very successful auto repair shop in Little Ferry for six years. With a change in the car industry and a pull into the family profession, he took the civil service exam. He joined the Teaneck FD in 1994.

“I pretty much knew I would eventually become a firefighter and when I told my father that I was taking the civil service exam, he was pleased. He really wanted me to join the fire department,” Chief Moots said in 2006. While working at the Teaneck FD, he also sold fire trucks for the Sutphen Corporation and ran with partners Heights Saloon for five years selling it in 2004.

Another coincidence that the father and son share outside their badge shield is that they both joined their respective departments on February 6th, 42-years apart. “It’s just one of those things that’s part of our family’s involvement in the fire service,” Chief Moots added.

As a father and son team, both men admitted back in 2006 that it is nice to have someone to talk about with firematic issues. “When we need to know something we can act on it, whether it’s how to fight a fire or administration. We depend on each other for advice. It’s nice to know that I can turn to my dad,” Chief Tim Moots said of his father, Chief Charlie Moots.

Now retired as a Lieutenant from the Teaneck FD and from the Sutphen Corporation, Chief Moots wants to spend time building up the Hasbrouck Heights FD. Serving on both the Ladder Company and Engine One in the old department structure and serving as both Lieutenant and Captain twice gave Chief Moots a perspective on the things that needed to be worked on.

“Some of the goals I have for the department is to start building on what we have to prepare it for the next 125 years (the Hasbrouck Heights FD has celebrated their 125th anniversary, but COVID has dampened much of the planned activities). There are changes that we want to make because the fire service keeps changing and we have to adapt to it,” Chief Moots said.

“In the era of COVID, we have to use way more protection on calls and have to be more careful on fire and ambulance calls. We have to practice safety first and that comes with more training and the use of safety gear,” Chief Moots said about the current pandemic. “The pandemic has been wearing members of the fire service down both mentally and physically, so we are going to do what we can to keep our members safe.”

“The Hasbrouck Heights FD had moved to a ‘One Department’ structure three years ago and we are wanting to start new traditions and build on old ones. We want to close the generation gap of our members by bringing in a new way of approaching the fire service,” Chief Moots said.

One very successful tradition that the Hasbrouck Heights FD recently ran for Christmas and part of community outreach is the annual “Santa Around Town”. The department voted to bring back the stops so that Santa could interact with the residents. The event was held outdoors on the Sunday before Christmas and the crowds were socially distanced while everyone did their best under pandemic conditions. It is a positive part of the holiday traditions that make Hasbrouck Heights a special place to live and the fire department’s gift to the town that we serve.